I’m sitting here being stared at by a lion wearing eyeliner. His eyes are rather piercing and if he was anything more than a mural I’d be quite afraid for my life. He adorns the wall of my favorite bar for writing. I get some of my best work done under his gaze.

I am here often enough that all of the waitresses know me by name and know what I’m drinking. They also know what I do for a living, and why I spend so much time typing away on my pink iPad. I’ve become a bit of a fascination, and apparently a bit of an inspiration for at least one of them.

One of the waitresses who I’ll call Nicky (for purely narcissistic reasons) came up to me tonight and asked me how got started as a writer. She said she was thinking about submitting some articles to a travel magazine and wondered if I had any pointers about becoming a better and more successful writer and blogger.

Anatomy of a Writer

“If you had to pick one thing to tell me about what it takes to be a successful writer, what would it be?” she said.

“Just one?” I responded.

“Yes, I know you’re busy. You only need to tell me one,” she said, and added with a smile, “I’ll bug you about other ones tomorrow.”

I didn’t have to think that hard. The answer was obvious to me. I told her, “Write every day. Period.”

“Yes. I was writing everyday for five years before anyone knew my name.”

“You wrote everyday for five years?!” her face looked astounded.

“I have been writing nearly everyday for seven years, Nicky. It’s just that for only two of those has anyone known who the Hell I am.”

Her reaction was rare. Most of the time when I tell someone this they look horribly disappointed. They’d prefer I told them something sneaky, some trick that was a secret only the successful knew about and were hoarding for themselves.

There are no secrets. You already know what to do. The question – the only question worth asking – is whether you will actually do it.

I’m a musician, and I used to spend a lot of my evenings playing live in shadowy rooms to shadowy audiences. On one of these nights, after I got off stage and was sitting at the bar with a friend, I saw a tall brunette with dark eyeliner wearing nothing but spiked heels, a black mini skirt, and electric blue bra walking intently toward me. 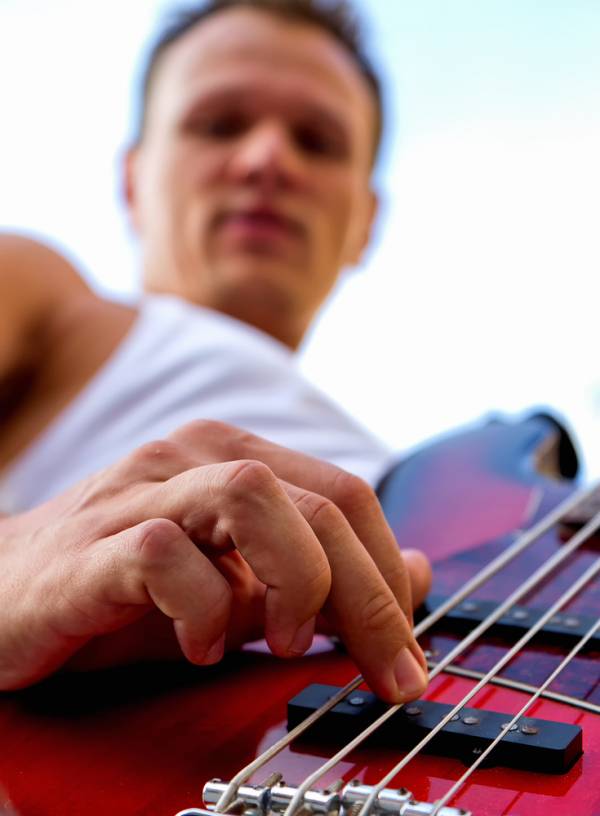 I looked up and gave her a bit of coy smile as if to acknowledge her approach. She smiled back and picked up her pace. Before she opened her mouth to speak, I said, “Nice shirt.”

She laughed, and said, “Want to trade?”

It turned out I was completely topless save for a pink feather boa. I was younger then, and a bit flamboyant, to say the least.

Quickly getting to her point, she asked, “How do you do that?”

“How do I do what?” I asked, genuinely thinking she was talking about my ability to make superior fashion choices.

“Play like that?” she did a little air-guitar, “I’ve been practicing, but I’ll never be as good as you. You’re really talented.”

“That doesn’t make sense,” I said.

“That you’ll never be as good as me. It’s very hard to know something like that in the beginning.”

She looked puzzled, “I don’t know. I’ve been practicing a lot lately and I’m not even close to you.”

“When did you start playing, and what do you mean by ‘a lot’?” I asked.

“I started six months ago, and I play about an hour a day, three times a week.”

I laughed. Very loudly. So loudly I felt bad about it.

“I’ve been playing for almost ten years. When I started out, for over two years, I played about six to eight hours a day, every day. I’d even skip school to play. I didn’t hang out with friends. I even lost a job over it,” I said.

“And then, as if that wasn’t enough, one day I heard that Prince wrote a song a day. So I decided I had to do the same thing. And I’ve been doing that every day since.”

“How do you stay motivated to do that?” She asked.

“That’s a horrible way to think about it,” I said, “I simply see it as what I do, who I am. I don’t think too hard about it. I just decided that musicians play, and I’m a musician, so I play. What else would I do?”

My worldview on success – applied to weightlifting and everything else – has been fundamentally shaped by the fact that I am a musician, a mathematician, and a writer. These are areas where more practice is always better. You can’t over train in any serious sense with any of them. 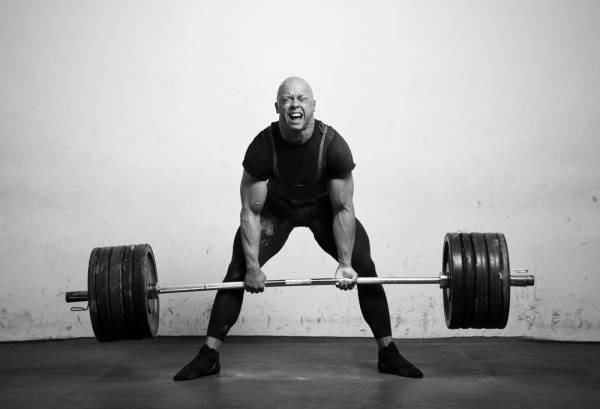 When it comes to weightlifting and strength training, clearly there are upper limits that have to be abided by. But the likelihood you are ever going to hit that wall is rather low. (I push my own athletes right up into the wall on a regular basis on purpose, but the work it takes to do that is far beyond what most people believe is even possible.)

The real concern is your basic mindset regarding success.

If you ever hope to be great at anything then you have to put in an immense amount of work for a very long time. There is no other way except in the most rare of circumstances. But that can be psychologically daunting to think about.

My solution is to accept that writers write, musicians play, and lifters lift. That’s what they do. There is no other option. You don’t need to over think it or look for magic secrets.

Lift because that is what you do; it is who you are. You are someone who goes to the gym and grabs the barbell and does some yelling.

It is your only choice.