Living Life Like a Boxer: Making and Breaking the Rules

We like to have rules in our sports, even in fighting. But a good fighter knows when to follow the rules and when to break them. As it is in fighting, such it is in life…and all other sports, too.

Some of the many things that attract me to boxing and the martial arts are the countless ways in which they correlate to real life. As I noted in an article recently, “fighting” is a part of life. While fighting is a part of life, we also (typically) establish rules in fighting, both in the ring and out of it. In 1867, the Marquess of Queensberry rules of boxing were established for boxing in England. Boxing had first appeared in the Greek Olympics as early as 688 BC and in early competition, without the inclusion of standardized rules, the fighting was often chaotic. Therefore the British, ever ones to establish the rule of law, felt it necessary to create a gentlemanly way to fight, a way to fight fair.

These rules are still in effect in one way, shape, or form today. For example, boxers cannot strike in certain areas (below the belt and behind the head), rounds are timed, each fighter is assigned a corner, and a referee controls the bout. We humans like rules. Even our fighting in war is theoretically controlled by rules. There is something about a framework and a structure that helps us to sleep easier at night. We like to know what the rules are.

Such rules in boxing and sport fighting have led to many real life metaphors we use all the time in our daily lives. We speak in such terms often without necessarily contemplating their origin. Having someone “in your corner” is a comforting metaphor while being “down and out” typically refers to going through a pretty tough patch. A “sucker punch” catches us off guard while “fighting in your weight class” tells us where we belong. When we have had enough we “throw in the towel” and when the rules don’t apply to us anymore “the gloves come off.”

While rules help us feel there is justice in the world and a way to fight fair, the reality is that in a fight often the rules become something of a gray area. First of all, before rules even come in to effect, we don’t necessarily start on an even playing field. Heart, desire, and even ones intellect and talent are sometimes hard to quantify. We’re all made differently, and we also change from one phase to the next. What works yesterday doesn’t necessarily do the trick today. 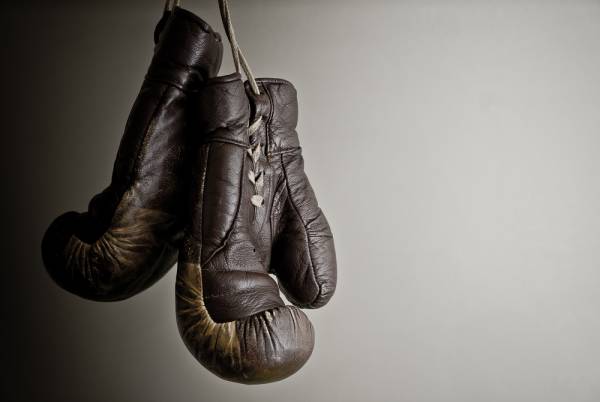 I see this as a coach and trainer all of the time when clients want things to be easier or more “fair” as they do battle with themselves. “But I exercise every day so I deserve a treat.” “But my spouse eats this way,” or “I used to train this way, and it worked before,” people will exclaim. People are often looking for data, rules, and agreements to follow while the truth lies somewhere within us.

Then there is the fight itself. The fight often does not go according to plan. Our opponent fights a different game plan and may even bend the rules in doing so. Or perhaps we get cornered or cut off in our ability to react. As a general rule, the fighter who controls the ring, as well as the timing, is the one who is victorious. So we learn in boxing and the mixed martial arts that we must be one step ahead, anticipating our opponent’s next move. We must be a student of the fight, noticing patterns and when our opponent lets down their guard. With timing being everything, we must not only be a student of our opponent but also have the self-awareness to make changes within.

I also see this in coaching all of the time. People ALWAYS repeat patterns. My boxing students punch in the same cadence and combinations. Exercisers choose the same machines, exercises, and reps. We are creatures of habit and we follow those patterns. Now there is something to repetition and practice making perfect, but it’s at this point where it’s time to change. As soon as we approach perfection and mastery, someone else has figured out our flaws and these weaknesses are exposed. It is then when we must grow, adapt, and change. That is where victory lies. 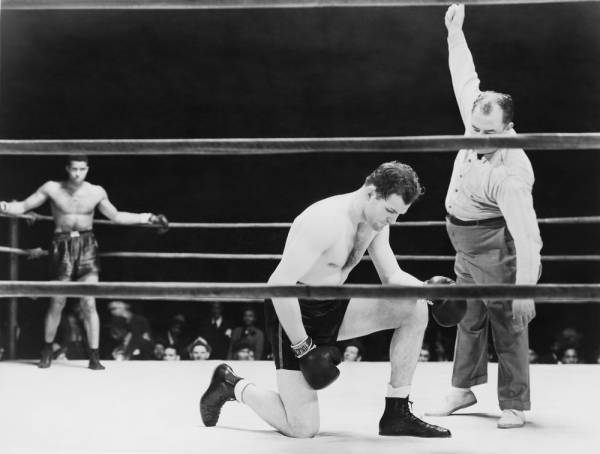 Indeed, change and adaptation are essential in success. However, even in doing so, there is still that referee to contend with. Sometimes we are “robbed” by a decision from the judges, or sometimes the referee stops the fight feeling that they’ve seen us take enough punishment. We are not always in control, and this is where many of us fail in the long run. We like control, we like rules, and we like a fair fight. But what happens when this is not the case? Are we willing to face such injustice, stand up to it, or regroup to see what we can do differently?

As in many things in life, the truth lies in a mixture of acceptance, humility, and strength. We first accept what we cannot control or change and must than have the humility to look within ourselves for our responsibility and what we can change and control. Finally, we must have the strength and resolve to execute that change. I read a quote recently from Dennis Waitley that sums it up quite nicely, “Change the changeable, accept the unchangeable, and remove yourself from the unacceptable.”