Living With the FMS: Reconciling Training with Test Results

The Functional Movement Screen (FMS) is a great test, but don’t get so distracted by it that you lose sight of your training goals. Read about how I melded training and my FMS results.

There’s nothing worse than being told you can’t do something. If you’re anything like me that is likely to set you off into a near apoplectic fit and a tirade that ends with a lot of swearing and me telling someone to watch me prove them wrong. Even at forty-one I can still stamp my feet and sulk with any six year-old.

So you can imagine my reaction when I went to Dragon Door’s Certified Kettlebell Functional Movement Specialist course a few years ago. It’s a souped up version of Gray Cook’s Functional Movement Screen (FMS) course that includes some extras you don’t find attending the normal FMS 1 and 2 courses, such as how to modify some of the exercises with kettlebells. Participants liken the four-day course to having your mouth taped to a fire hose that is then turned on.

I remember someone telling me that at some point we’re all going to end up sitting in front of a doctor. If you’ve lived your life excessively it’ll be a cardiologist, as he tells you that your choices have put you at risk of heart attack. If you’ve lived it right it’ll be an orthopaedic surgeon who needs to clean up some issues you’ve developed from a life of playing hard. But either way you’re going to end up in front of a doctor.

At my age I’ve got a few things that are a result from things I shouldn’t have done. Reconstructive joint surgery, having muscles stitched back onto bone, and breaking more bones than I sometimes remember have all been part of my life. I like to think I’m not clumsy; I just don’t bounce as well as I imagine I do.

All of these things take their toll on my movement. Getting screened at this seminar for the first time, I think I was an eleven out of twenty-one. The scoring system for the FMS is easy. There are seven movements each scored out of a maximum of three. If you have pain during any of the movements you get a zero. A perfect demonstration of the movement is a three, while not being able to do it is a one. Anything else is a two. So two is a pretty grey area and gives a lot of wiggle room. The goal of the test is a fourteen or better, so my eleven was definitely leaving room for improvement.

With my particular issues I should have completely laid off overhead work, as my shoulders were really showing signs of an injury coming. The problem was that at the time I was training for RKCII, which meant I needed to be doing as much overhead work as I could handle – with pressing, jerks, windmills and bent presses on the curriculum and the course only six weeks away there wasn’t much I could do in terms of cutting out my overhead work.

So how do you reconcile what the FMS says and how you train?

One of the things to keep in mind is that there is such a thing as necessary tension in a muscle. If I’m as bendy as Gumby there’s a fair chance I won’t be able to handle squatting really big weights. There’s a reason they don’t make bridges out of rubber. There are times when stiffness is exactly what is needed and in my case at the time I needed the stiffness in my shoulders to protect me while pressing. 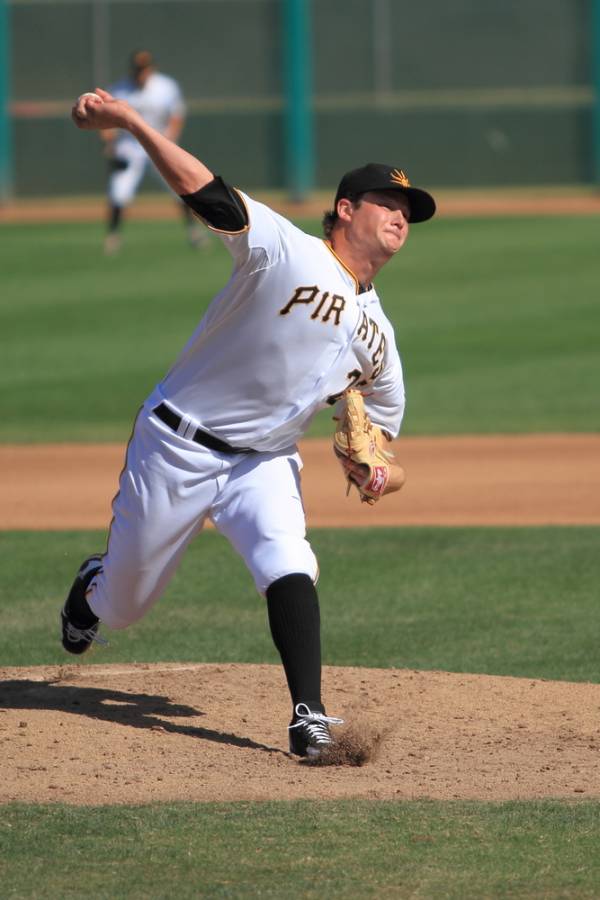 I witnessed the same thing when I trained a MLB pitcher. As you can imagine there was a massive discrepancy between left and right in terms of movement, both at the shoulder as well as in his trunk rotation. Basically he was a big slingshot designed to whip a ball at someone at 94mph. Just like a slingshot he had one part that was very mobile and another that was very stiff, which allowed him to throw that fast. Removing either part of that equation would have destroyed his career.

For an athlete, or anyone training for a specific event, there needs to be a realization that specific training is going to cause specific problems. Being proactive in figuring these out and working to minimize the effects is the key to high performance.

In my case, knowing my shoulders were an issue, my pre-emptive plan of attack went like this:

Then, we get to a big element in my plan – Get Ups:

Specifically, get ups done with various drills done inside them. These are one of the little secret things from the CK FMS course, but are also found in Kettlebells From the Ground Up. There are two thing I really like that I find make my shoulder feel great.

To start with divide the get up into sections. There are obvious steps in the get up. They are: roll to press (flat on back, kettlebell extended at arm’s length), to elbow (upper body raised off ground but supported on elbow), tall sitting (kettlebell overhead, weight supported by posted hand), knee to hand (think of this a windmill done in a kneeling position), lunge position (kneeling lunge, kettlebell overhead, arm in line with ear) and standing (upright, feet shoulder width apart, bell vertical). 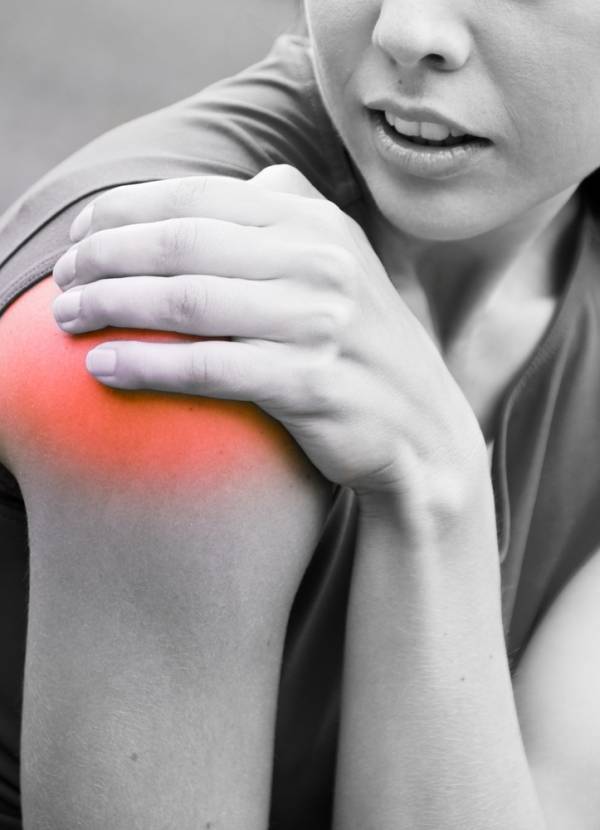 Two drills in particular make these a great addition to your shoulder saver plan. Firstly, at each step I want you to rotate your head from side to side three times. This forces you top pack your shoulders properly. If your shoulders are shrugged up your head won’t turn. Shrugged shoulders can lead to impingement at the AC joint. Next, rotate the arm holding the kettlebell both directions three times. Think of it as trying to screw the shoulder into and out of the joint, don’t just rotate the wrist. It sounds easy but your shoulders will burn after only a single rep each side.

The second drill is to add a press at each step. Pressing from a variety of angles gives you that weird kind of in-between strength that exercises like the bent press do but without the huge flexibility demands that it has – strong stable shoulders from all angles.

While my shoulder mobility didn’t improve on this program, which only takes a few minutes, it helped to bullet proof my shoulders to get through the final hard six weeks of work before RKCII. At that point I did drop all pressing and went to work on my shoulder mobility for some time. The recognition that I did have a problem, but that I had no time to address it was important as it allowed me to safeguard myself and keep training. When my event finished, the same as an athlete’s season or career ending, there was plenty of time to work on fixing all the issues.

Testing and screening is important, but don’t get so distracted by it that you forget to actually train. Use the screening process to pinpoint weaknesses and potential injuries and plan your training to protect you if you don’t have the time to address it now. Make sure this is only a short term plan though as eventually you will need to pay that piper and the sooner you get onto your corrective work the better.