Standing upright on two legs is unique to our species. It has given us an evolutionary advantage to be more mobile and agile for survival. However, that advantage often comes with a price. Dysfunctional gait patterning may be linked to numerous musculoskeletal pain conditions that impact your ability to move.

Standing upright on two legs is unique to our species. It has given us an evolutionary advantage to be more mobile and agile for survival. However, that advantage often comes with a price. Dysfunctional gait patterning may be linked to numerous musculoskeletal pain conditions that impact your ability to move.

The Role of the Lateral Sub-System

Fighting gravity forces with only two points of stabilization as opposed to four increases vulnerability in key areas. During movement the body integrates four sub-systems and one intrinsic stabilization system for stability. The four systems are:

Each system works together to produce efficient power and force. Dysfunction in one subsystem may negatively impact muscle activation, timing, and sequencing of the others. The single-leg stance portion of the gait cycle involves control of frontal plane forces via the LSS. If this subsystem is dysfunctional, repetitive impact forces travel to the upper and lower extremities causing injury.

“If the LSS is dysfunctional, then impact forces will be transmitted into peripheral joints that may be recruited for stability.”

The LSS is comprised of the gluteus medius, tensor fascia latae (TFL), adductor complex (adductor magnus, adductor brevis, adductor longus, gracilis and pectineus) and the contralateral (opposite side) quadratus lumborum. These muscles provide essential frontal plane stabilization. Frontal plane related injuries are some of the most common in sports and physical activity, particularly in the knee. 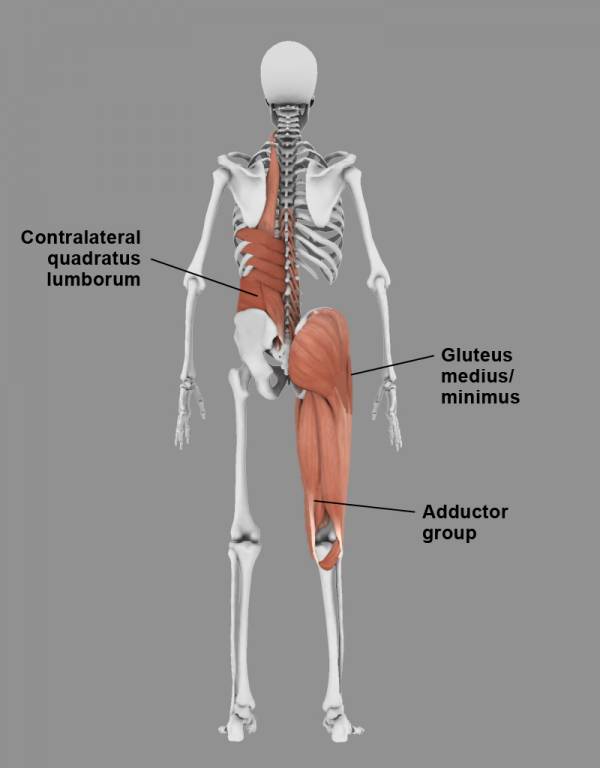 The muscles involved in the LSS are significant for the efficient function of the pelvis during standing and walking. Walking and running add tremendous external load to stabilization requirements of the body. If the LSS is dysfunctional, then impact forces will be transmitted into peripheral joints that may be recruited for stability.

When this happens, the joints and soft tissue become more vulnerable to injury and overuse syndromes, (sprains, strains, tendinitis, bursitis, etc.). The extremities are power amplifiers of the core. So, when the core loses its ability to initiate power, the extremities must work that much harder to generate and control force. The extra work decreases durability and increases risk of injury.

Symptoms and Syndromes of a Dysfunctional LSS

“Unilateral farmer’s walks are the Mount Everest of challenging the lateral sub-system.”

Start down on the ground in a low stabilization environment with side planks. Perform side plank isometric holds for 30-60 seconds on both sides.

From there, progress to standing, low-load, frontal plane-dominant movements:

Farmer’s walks are recommended to load up the system. Holding something heavy activates the core, and because of the extra weight, you pay more attention to the movement. You now move with intention.

Start by holding equal weights in both hands. Then progress to holding uneven weights (one hand holds lighter weight than the other). This trains your body to adapt to changes in external load. 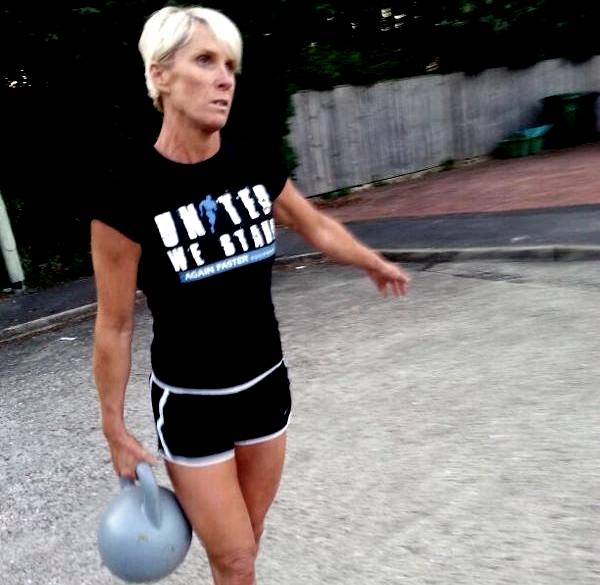 Now progress to unilateral (one-sided) carries. Unilateral farmer’s walks are the Mount Everest of challenging the lateral sub-system. Heavy carries have high crossover into improving activities of everyday life because it’s a pattern most people have to do when picking up groceries, luggage, kids, or anything else.

Maintain quality and control of the movements at all times. Quality over quantity rules the corrective exercise road.

Observing the body as a fully integrated kinetic chain involving the lateral sub-system can reveal underlying compensatory patterns that are lurking in the shadows causing chronic pain. If you hit a roadblock in improvement, take a step back and work on LSS functional patterning of the body.

Take a look at these related articles:

4. Vleeming, A., Movement, Stability, and Low Back Pain: The Essential Role of the Pelvis. New York: Churchill Livingstone, 1997. Print.