Before I begin, if you haven’t already figured it out, no, I am not in special operations. How do I know about special operations? Well, I am a trainer and programmer for operators and those who are trying out for selection (and want to make it of course). I have been married to a man in special operations for ten years, and it has been an interesting ride, I can tell you that.

My life has never been dull due to my marriage to my husband and the friends I have met, and lost, over the years. Many people do not realize that spouses and trainers have an inside on military special operations and what these people go through. I want to give you an idea of what training to become a Navy SEAL, Pararescue or PJ, Combat Controller, or member of an Army Special Forces Operations Unit entails.

For those of you curious, this may surprise you, and if you think CrossFit will get you ready for these roles, I hope you think again. It’s not just about being what you think of as “in shape.” It’s about having the mental fortitude to make it and to have the ability to force yourself to stay in a situation your mind is telling you not to stay in. It’s about psychological fitness on top of physical fitness.

So let’s go through a typical day in a given training school (the exact name will not be given due to the highly classified work these men do) and then examine the science that make some men stay, and some men go. Assuming you even make it through the initial selection to be picked up for a special operations group, what’s a typical day? Well, let’s break it down.

Typically, that means you run six to eight miles with a thirty-pound rock that will be passed around between ten people, so you can stay behind the instructor. After that, most of the time the instructors don’t think you’re tired, so you do calisthenics such as push ups, strict pull ups, and sit ups. Then you continue your run. After that, you go into an obstacle course, and from there you weight train, swim 500 meters, or bike for 45 minutes. Break it down guys, you are working out for three and a half hours. This is not your typical WOD, is it?

What most people finish in two years, you “may” finish in three to four months. That is, if you don’t fail out – since the wash out rate is around 60%-70%. Oh, I forgot to mention, if you do anything wrong (which many times you do), you are in for a long night. The instructors will wake you up in the middle of the night so you can carry logs, ruck with anywhere from sixty to 75 pounds strapped to your back, run – or worse. You also may assume that means you can sleep in. Sorry folks, no you can’t. You still have to get up at 4:00AM and do your regular schedule. I know many of you may also be wondering when you eat. Well, unfortunately that is your responsibility in this school.

Stress Inoculation and the Science of Decision Making 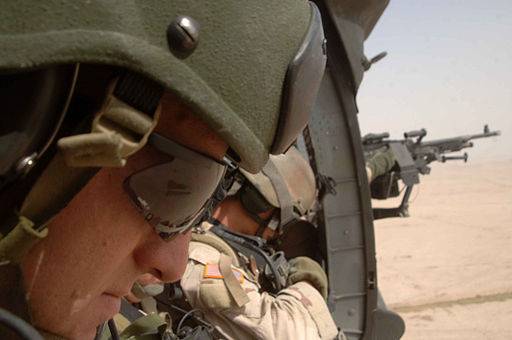 So, how does this add up? In this school you workout non-stop for the most part, are sleep deprived, and have to use your brain to think so you can make decent grades on your test. This is a lot of stress for any person. In the military they call this stress inoculation. This mild (not so mild to many) exposure to stress prepares those who make it through for combat and the adrenaline rush they will experience there. This is not just your regular military. These men are preparing for covert operations overseas in which they must think on their feet in a hostile environment.

I hate to tell you, but almost all special operations schools are this way until you reach the end of training, which is up to two or two-and-a-half years in length. You can probably imagine many people quit or fail out. So, the question is why do people fail out and how can you train your brain to make better decisions under duress?

As mentioned above it’s all about how you make decisions. Those going through training must force their brains to make rational decisions. This is based on the utility model of decision making. The utility model assumes rational behavior on the part of the decision maker in evaluating the likelihood of alternatives, assessing the consequences, assigning utilities, weighing or multiplying the utilities by the likelihoods, and finally choosing the option with the highest expected utility. This model is subjective, meaning the person making the decision is central. Most people using this model to make a decision tend to look at everything and weigh their choices.

The second decision-making model is the bounded rationality and satisficing algorithm. What the hell is that? Well, bounded rationality is choice processes that are as rational as they can be, given cognitive limitations on the amount of information we can process. This means that our choices are as rational as they are going to be based on the information we have. The next part, satisficing, is a method that finds not necessarily the best of all possibilities, but one that is good enough to meet the desires of the decision maker. This type of decision making requires much less effort, but often results in less than optimal outcomes and is biased by the order in which possible options are searched. This means this type of processing is better for everyday decision making, not making huge decisions. It’s also important to mention that satisficing is an algorithm, a step-by-step way for making decisions. 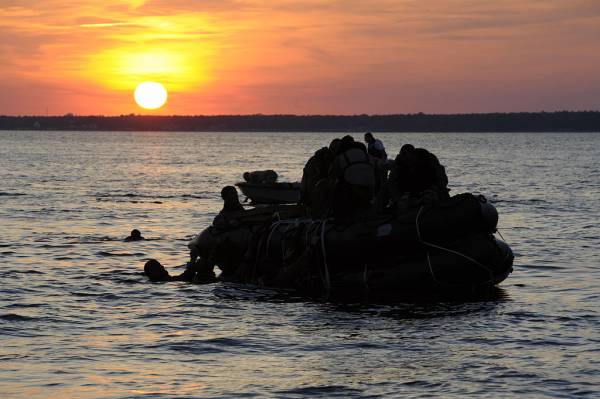 People who use the satisficing algorithm tend to not make the most optimal decision if your goal is to make it through training. Why? Because if they look at all of the discomforts and if they are failing, they often say, “What’s the point of staying? If I leave now, then I will get instant relief from my misery.” It’s not to say they are weak minded. It’s to say that those using this model are looking for instant gratification, or what will work best right now.

Those using the utility model are looking at all angles, thoughts like “I don’t want to leave my group,” “the discomfort will end,” and “I know what my long-term result will be.” These people tend to stay through training. They are methodical in their way of thinking, and in most cases, these are people special operations wants to keep. Not to say that this always works. It doesn’t. People who use the satisficing algorithm may look at their options and see that it’s worth staying.

Bottom line to this, nothing can prepare you with what will happen to you in training. You must train your brain to make the best decisions while under duress. This is no guarantee you will make it through, but it may help your chances.