Muscle Activation Techniques: What Is It and How Can It Benefit Me?

Taking a page from Peyton Manning and several other colleagues here in Colorado who swear by the MAT results, I hired a practitioner to try it out myself.

As I sat down on the therapy training table to get to work with my Muscle Activation Techniques (MAT) specialist, Ian, I asked him point blank, “Is it true the reason Peyton Manning plays in Denver is in large part that his MAT specialist, founder Greg Roskopf, is based in Denver?”

As I sat down on the therapy training table to get to work with my Muscle Activation Techniques (MAT) specialist, Ian, I asked him point blank, “Is it true the reason Peyton Manning plays in Denver is in large part that his MAT specialist, founder Greg Roskopf, is based in Denver?”

“Where did you hear that?” Ian asked raising an eyebrow. “Actually, it is true,” he responded easing the mood. It really isn’t earth-shattering news anymore. In fact, it was well documented in a recent Sports Illustrated article.

Peyton Manning, unquestionably one of the top five quarterbacks to ever play football, swears by MAT helping him resurrect his career and allowing him to continue to play at the highest level.

In the Sports Illustrated piece, Manning stated, “The greatest investment you can make, is in your body.” Manning, while playing for the Colts, would regularly fly Roskopf to Indianapolis to work on him.

Now, Manning saves on the airfare. Former Broncos safety John Lynch, also mentioned in the article, also swears by MAT and referred to it as having helped him to “reboot” the connection in his body. In essence, that is what Muscle Activation Techniques is – reestablishing the proper neuromuscular function in our bodies by getting our muscles to fire properly again.

It should be noted that some people mistakenly refer to it as Muscle Activation Therapy. Therapy has a different goal though – range of motion (ROM). When our bodies are chronically injured or declining, the bodies’ way of protecting itself is to tighten. We see this any time we are in danger.

Therapy therefore, whether physical therapy, sports massage, or chiropractic care, is about trying to release tension and increase ROM. MAT is different. Instead of getting muscles to relax, it’s actually getting muscles to tighten and contract properly. The idea is that in doing so, these muscles provide stability. 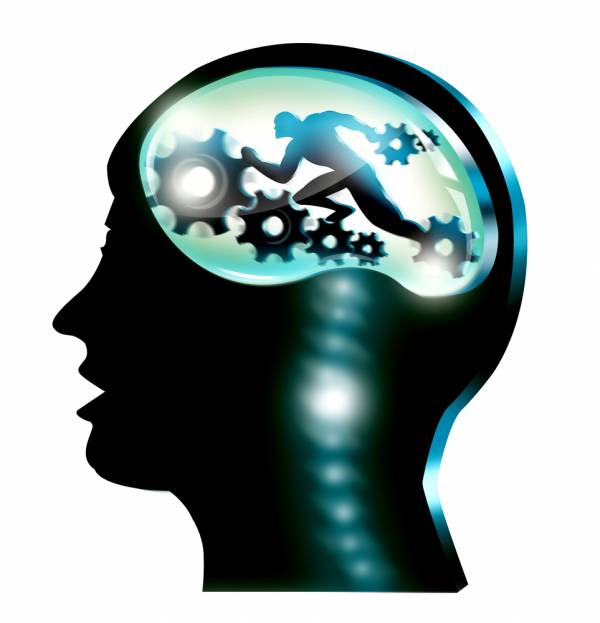 My specialist, Ian, used the analogy of a stable tent structure with four straight rods versus one with three good rods and a broken one. He also pointed out that MAT isn’t as much therapy but instead more akin to actually exercising – that is, getting muscles to fire and work correctly.

MAT’s premise is that the therapist does a multi-point inspection of checks and balances of sorts. Push against this and pull against this. The practitioner is able to check his or her work. Checking the left side against the right and the pull against the push. It’s almost as if to remind the brain, “Hey, use this one. Remember me?’

So, taking a page from Peyton Manning and several other colleagues here in Colorado who swear by the MAT results, I hired a practitioner myself. And that’s how I wound up sitting with Ian. We sat down to discuss my issues and the nature of pain.

Good advice for sure, and these days I can certainly relate. I’m hoping that since I pulled my vehicle immediately into the shop we can get my engine running optimally again. While I am not a professional quarterback, just a coach and a writer, I have to invest in my body as well. We only get one of them.

After trying a lot of treatments from ice and stim to chiropractic care, I realized I had to move beyond pain management to the root of the problem – my body and muscles aren’t working right and pain tells me so. Pain also moves over time. As our body faces pain, it adjusts to help alleviate the pain and keep us moving forward.

The problem is the root imbalance isn’t necessarily being addressed. To keep us going, our bodies end up overcompensating for the original problem, working overtime and creating further imbalances. The pain may go away, but if we still have that imbalance, some day it will come back to hurt us down the road.

It’s the same with masking pain with drugs. Certainly it’s understandable to do so, but ultimately it’s faulty logic and solves nothing. The root of the problem hasn’t been addressed.

This is the case with my fairly pronounced piriformis syndrome, as the severe discomfort in my glute has caused radiating hamstring pain as well as knee pain. (The piriformis is in red to the right.)

Unfortunately for me, my check engine light has been going off for some weeks now. While I immediately addressed the pain issue, my approach has been to manage the pain and go right after the source without necessarily going beyond it.

As I pointed out in the previous article Perform, Recover, Rebuild: How Perspective Changes For The 40+ Athlete, such an approach to pain management can be merely a band-aid solution if the root isn’t dealt with. Band-aids seem to work because they are easy to apply. Just find out where it hurts and put something over the top of it. It makes sense in the short term.

However, solving pain in the long run can be more complex and can often be a riddle of sorts. There are lifestyle variables to consider such as stress, sleep, nutrition, and our emotional make-up. There are performance issues to analyze and we have to look deep within the vehicle itself – the human body.

And a thorough check of the vehicle is what Ian did. He must have had me perform the same test ten different times. After a full inspection, he then went to work poking and prodding different muscles, getting them to fire, and making that connection again for my brain.

Applying MAT is like putting your body through a course in muscle communication 101. It’s about retraining our neuromuscular system to work properly and harmoniously. So, instead of slamming handfuls of ibuprofen to get through my day, my body now has my full attention and I intend to retrain it, as long as that takes.

There are many that swear by MAT from professional athletes down to us little people. Many claim its benefits are or can be instantaneous. What I can tell you is I was able to see some (although not dramatic) differences immediately, with both my pain and range of motion. I also woke up the next day feeling improved.

My specialist indicated that those with the greatest muscle memory, like athletes, often have the quickest results. He indicated that younger athletes can also see rather dramatic results.

While I didn’t walk out of the office a cured man, I did gain insight and some improvement, as well as a bit of pain relief. In doing such treatments, I feel like I am going in the right direction. MAT makes sense at a fundamental level and works on a premise of science and balance. It’s something worth considering.