No More Circus Tricks: The Proper Progression for Strength

Mobility, stability, and strength. Set your program accordingly. Get rid of the circus tricks and actually spend your training time working on the things that will help you succeed the fastest.

Ian King, the best kept secret in the strength and conditioning world, once said to me that, “in the short term people will over react and in the long term under react”.

(Seriously, Ian King is the Tesla of the strength world. Rep tempo? Co-created it with Poliquin. Single-leg training? That was him, too. In fact, his work was so good and prolific, to those of us paying attention, that you could almost say the pages of T-Nation are filled with people now claiming his work as their own, hoping old timers like me can’t remember back far enough to where their “new” ideas came from.)

At the time Ian King was referring to the oncoming boom of stability training led in the early 90s by Paul Chek. He was dead right. I’ve watched as the fitness industry has gone from all chrome, bells, and whistles to now mad keen for “functional” training, and so many foolish ideas on stability training I don’t even know who to make fun of first.

In the span of just over a decade I’ve seen Swiss balls go from being laughed at to being must have pieces of equipment in every gym. And where we are now, if you’re not flipping tires or wearing a snorkel, you’re not functional. I’ll bet you all that in another decade we’ll be back in the gym with the mirrors and the chrome, and CrossFit will be the exercise class of choice in most gyms as it gets launched into mainstream fitness by Reebok (and subsequently watered down to the point it will be unrecognizable).

But I’m getting ahead of myself.

The goal of strength training is one thing – get stronger. Whether you’re training for fat loss, increased fitness or endurance you’re still training for strength. In the case of endurance it will be a specific type of strength, but in all cases you’re trying to get stronger. Somehow, somewhere along this new functional path we’ve forgotten about actual training. I see people with programs that look like rehab sessions from a few years ago.

I’m the first to say that I think the FMS is a great tool for trainers to help teach better movement skills for people. And I think other allied schools such as Primal Move and MovNat are on the right path, too.

But you still gotta train!

I like to tell people the only difference between a beginner variation and an advanced one is load. As a beginner you need to learn how to squat correctly. Within the RKC we have a variety of drills to help you do so. At the HKC we will teach you how to gain the requisite mobility to safely squat deeply. At the RKC we will add load. Once you’ve mastered the basics, at that point we can get serious. An advanced lifter will have a squat somewhere around double body weight. So the squat can be a mobility tool, a stability tool, or a strength tool all in one. The only difference is load.

That single thread of mobility, stability, then strength is the key to developing real athletic strength. There is a lot of research being done in the United States now on how conventional weight training is destroying athleticism. Yes, they actually use the word destroy. But what they’re really showing is that young athletes lose fundamental athletic abilities when pushed too early into specialized weight training programs.

This epidemic of early specialization leads to the opposite problem of the stability and functional training craze – they’ve gone right to the other end of the spectrum and forgotten entirely about developing the mobility and stability necessary in the first place.

A well-rounded program will include something like Primal Move and even some basic tumbling to get the body and senses warmed up, while addressing our needs to include some crawling and rolling into our lives. (Not to mention if you participate in any outdoor activities, knowing how to fall could save you from months off due to a broken bone). 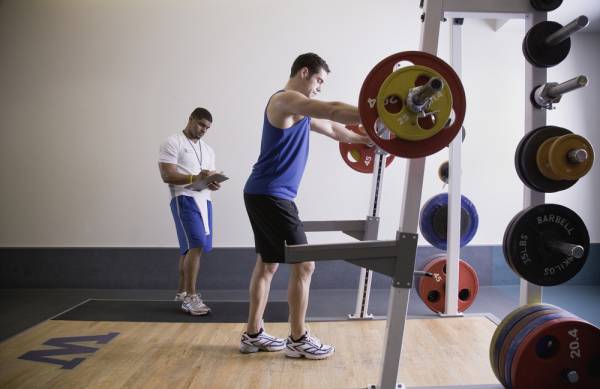 If necessary at the end of the workout you would address conditioning and strength endurance. Something simple like three to five sets of ten kettlebell snatches with each hand with matching push ups in between fits the bill nicely, or an easy twenty minute jog.

On your days off from this practice perform full-body stretching for an hour. The single biggest issue I see in clients these days is lack of mobility. An hour spent with me will be helpful, but an hour won’t counteract the other one hundred and sixty-seven other hours in the week, nor the years of poor movement prior. Ian King (again) said to me over fifteen years ago, “Flexibility is the last key to performance.” Looking at the big shift of the functional training movement towards FMS, Z health, joint mobility, Primal Move, and the like over the last few years shows me that once again Ian was so far ahead of his time and we’re just now catching up.

Remember those three cues – mobility, stability, and strength. Set your program accordingly. Get rid of the circus tricks and other fun and games, and actually spend your training time working on the things that will help you succeed the fastest.