I have allowed BJJ to influence my choices throughout my life. So nobody found it more unexpected than I when I spent the final months of 2013 not giving a flying f*ck about it.

Disclaimer From the Author: This one’s a bit of a rant, because the feelings are still somewhat raw. And it still doesn’t say exactly what I’m trying to convey. Please proceed with caution and a little indulgence.

Arguably, I have allowed BJJ to influence my life choices more than I have allowed any other single person, circumstance, or thing besides my family of origin. BJJ has mattered to me for many years, frequently to the exclusion or modification of many other life experiences. I remember times when I knew I wasn’t going to be able to train for two whole days, and I practically broke out in hives about it. I pride myself on being punctual, on respecting others’ time as much as I do my own, and yet, at times I have allowed BJJ to turn me into one of those people who makes others wait. I’m not as guilty of it as some people I know, but as someone for whom being on time equates to being late, the fact that I make anybody wait at all should tell you something about the significance BJJ has assumed in my life.

So nobody found it more unexpected than I when I spent the final few months of 2013 not giving a flying f*ck about BJJ. I went for at least two months without training at all and then another month or two training sporadically here and there only when I felt like it, which wasn’t often. I didn’t think about BJJ when I wasn’t training either, which is unusual, given that I’m frequently working on sequences and patterns in my head. When I did train, I wished I were elsewhere, and I wasn’t sure I’d ever regain my interest at all, let alone the all-encompassing interestthat had pervaded my life for many years. I realize the previous sentences probably sound like blasphemy to many grapplers; they certainly would have to me at an earlier stage of my grappling journey. And that’s all the more reason I wanted to write about this.

The reasons for my indifference aren’t really relevant – well, they are obviously relevant to me, but revealing them isn’t. Let’s just say that life happened, with a vengeance, and the effects reverberated, like those cartoons where the antagonist gets stuck inside a giant bell while the protagonist hits it with a mallet. I usually have a sense of humor about most things, even situations where the only appropriate laughs would come from the gallows. But during this stretch, I must’ve known on some level that I wouldn’t find anything funny about what I was choosing to do, so I went to the mattresses. I avoided my academy (though I told my coaches, who were very supportive), and I limited my interactions with people who train. I vaguely registered that something out of the ordinary was going on regarding my prioritization (or lack thereof) of BJJ, but even at the time, I also clearly registered that I didn’t give a good goddamn. I was too busy processing and caring about other aspects of my life.

So why am I harping on this? Yes, life is more and less challenging at different times. And I’m no stranger to training lulls. As with those other lulls, I’m slowly but surely rediscovering my love of BJJ, because it stimulates me physically and mentally, and also because it nourishes me psychically. None of these things is new territory. And yet, this time it has felt different. 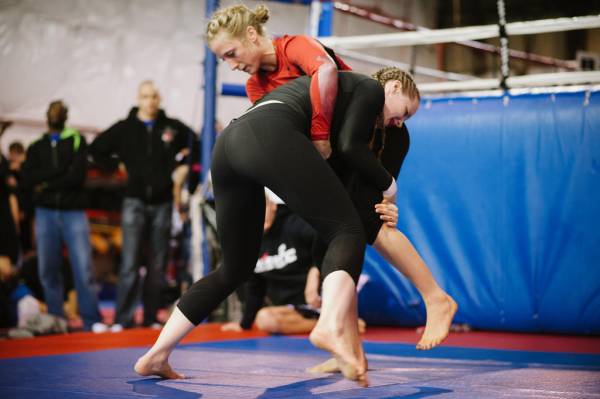 Like I said, I did my best to avoid BJJ circles when I was in the dark place, but I still interacted with members of the club here and there. With Facebook and with just going out of the house, you can’t avoid that big a part of your life for too long. But I was lucky. Those few grapply folk I did interact with gave me just what I needed: non-judgmental, non-smug, but delightfully snarky support. For example, they would check in on me periodically with texts that said things like, “So, what are we tipping the scales at lately?” and “Since you don’t have to train, I assume you’re hitting the early bird special at Old Country Buffet tonight,” and, “Well, at least your hip has time to heal.” (I am many years older than some of my training friends – more years and more friends than I care to enumerate.)

These demonstrations of support were just what I needed. And I’m forever grateful to those who gave them freely. What struck me, and what I wanted to share, is how unexpected they were, given my own penchant for sometimes, shall we say, less than charitable conclusions about others’ breaks in training. And I know I’m not alone. Here’s what I mean:

If I’m any indication, grapply people can be hurtfully judgmental toward other grapply people. We may not mean to be. But we are. Let’s admit it: maybe recently one of our teammates resurfaced after a lengthy absence, and we said all the right things – “ Hope everything is okay,” “It’s nice to have you back,” “You’ll be back on track in no time” – but inside, we felt smug. We couldn’t imagine what could be more important than training regularly, and this person who disappeared obviously didn’t care as much about BJJ as we do. Even if we learned that the thing was something like an illness or worse, or even something joyful like a new job or a new addition, we were certain we’d be able to handle all of that and still get our training in, and the fact that this person wasn’t able to was just evidence of his or her flakiness. Further, we allowed ourselves to imagine that maybe the next time we rolled, we’d catch that person (if he or she outranked us) or totally dominate (if he or she didn’t), because we’ve been dedicated and hitting it hard.

In other words, we paid lip service to the concept of leaving our egos at the door but failed to embody that concept – not to mention the concept of being kind and giving love where it’s needed. I didn’t receive the smug judgment I’ve been guilty of dishing out to others, but that’s probably more due to the fact that I didn’t broadcast my hiatus than to the notion that it isn’t out there, potential energy poised to make a teammate’s already stressful experience even more fraught, whether the catalyst is positive or negative. 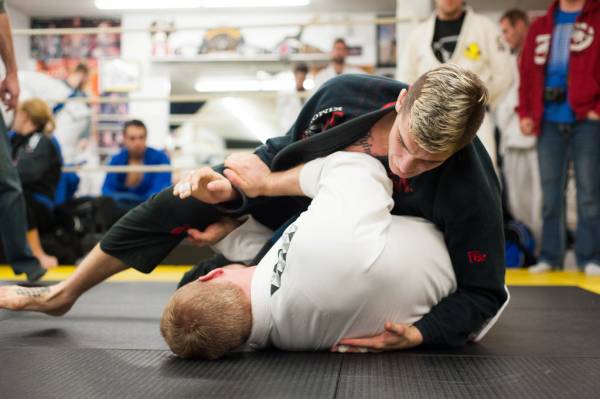 If you love BJJ as I do, I hope you are never in the position I’ve been in in the past couple months, where the thing you love most falls way down on the priority list, whether because good things are in the offing or because you’ve got more unpleasant fish to fry. But I suspect that hope is pretty much futile, given that you are human, which suggests that life may sometimes have other plans for you. That’s not a threat, because obviously I have no control over you. But if it hasn’t happened to you yet, give it time. And if or when that time comes for you, I would like to give you a gift if our paths cross: genuine empathy. I may not know exactly what you’re going through, but I will understand the mechanisms at work, particularly if you feel trepidation about returning to regular training. And if you are back to training after a hiatus brought on by less enjoyable life circumstances, I’d also like to offer you a roll that is chock full of the unconditional support that can enhance the healing potential of a good training session.

Meanwhile, if you are someone who passes judgment and feels smug when you encounter a teammate or grappling acquaintance who has disappeared temporarily, consider for a moment that you might do well to make a different decision. For one thing, it’s the very definition of leaving one’s ego at the door, which we all say we want to do. For another thing, being smug and judgmental says more about those of us who do it than it does about our target. For a third thing, our energy makes itself known. Even if we don’t say what we are thinking, we will communicate it in other ways, and this will affect our interactions with others and our own training. For a fourth thing, see above about how maybe it will be your turn next; if that happens, would you want others to do unto you as you have done unto them? Rest assured I’m asking myself the very same question.