You feel good, both about yourself and the planet, because you buy organic food. But do you know what organic truly means? Did you know that two different organic farms can follow very different practices and still be certified organic? Did you know an organic farm can still spray copper chemicals on its produce?

You feel good, both about yourself and the planet, because you buy organic food. But do you know what organic truly means? Did you know that two different organic farms can follow very different practices and still be certified organic? Did you know an organic farm can still spray copper chemicals on its produce?

Recently two food cooperatives in Portland, Oregon organized a “Farm Tour” so their customers could visit three different organic food businesses. The tour was themed, “Distribution and Scale,” and meant to engender a conversation about the concept of organic in relationship to size and reach. Roughly thirty people rode from Portland down to Eugene in a tour van this past Saturday for the all-day event.

I was one of these thirty people. Growing up, I spent a lot of time on farms. I grew up surrounded by corn and cows, and every year my family went on the farm tour that Michigan State University held to showcase its facilities. I’ve pet a lot of goats and fed a lot of chickens.

The first stop on the tour was Winter Green Farm. Winter Green Farm first began in 1980 and is now 170-acres in size. The farm specializes in vegetables and fruits for its community supported agriculture (CSA) clientele, frozen pesto, and beef cattle. 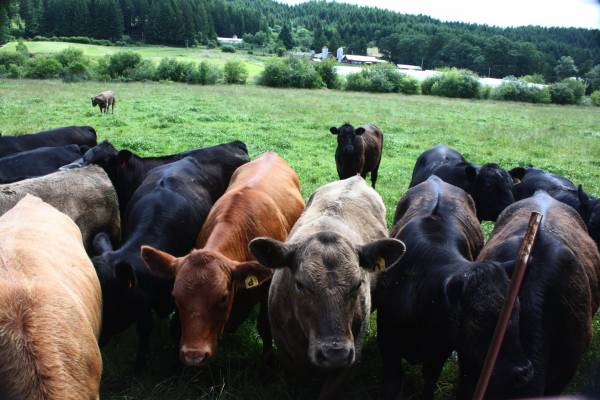 If you’ve imagined an organic farm in your head, it probably looks a lot like Winter Green. Everything about it is old and “farmy” looking. The tractors date back to the 1940s, the buildings are crooked and worn, and a stream named “Poodle Creek” runs through the middle of the property.

We toured the farm via tractor-pulled hayride. When we stopped to visit the cattle, the younger ones all came bounding toward our trailer. They are all grass-fed and are never given any growth hormones or antibiotics.

From our tour guide, one of the owners of the farm, we learned that weeds are a special challenge for organic farms. At Winter Green they take flames to their burdock and carrot fields to rid them of invaders. Due to the labor intensive nature of organic farming, we also learned that sixty to seventy percent of the operating cost at Winter Green is labor. 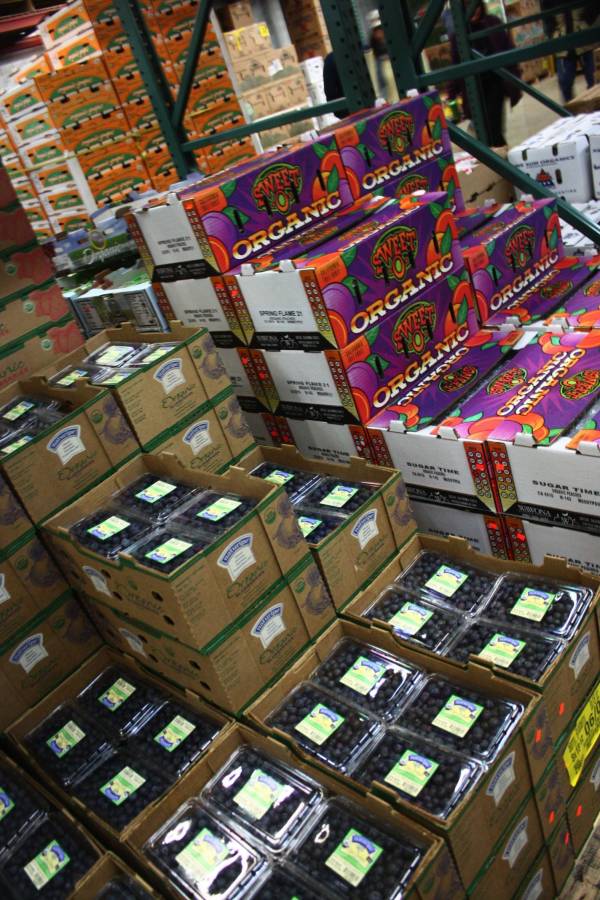 Our next stop on the Farm Tour was not a farm at all, but a distribution company – Organically Grown Company (OGC). Here, Anthony, a manager who worked his way up from truck driver, walked us through the facility. In the facility we saw local fruits and vegetables, but also fruits shipped in from other countries and other continents. While OGC is all about organic, it is not about “local.”

OGC might be viewed by some in the organic movement as leaning too much toward conventional farming and distribution, but OGC is impressive in its efforts in recycling and fuel efficiency. The company clearly has a commitment to keep their negative impact on the planet as small as possible. For example, OGC designed the third most fuel-efficient cargo truck currently operating in the United States. They regularly do “waste audits” of their own trash cans – dumping them out and inventorying the contents so they can brainstorm ways to improve.

Efficiency is not just good for the planet, but also, of course, for OGC’s bottom line. They operate seventeen trucks that amass approximately 120 work hours each day and 150,000 miles per truck per year. 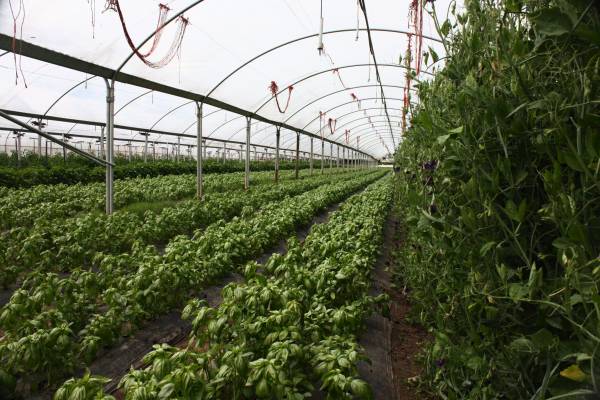 Within the definition of “organic farming” there is a great deal of variation from farm to farm, and there are many difficult decisions a farmer must make in terms of operation. One farmer may not choose to use hoop houses, while a farm like Groundwork is covered in them. The hoop houses allow Groundwork to extend their growing season and provide produce for longer in the limited Pacific Northwest season. What does that mean when it comes to terms like “local” and “seasonal,” though?

Groundwork also chooses to use copper chemicals for managing fungi on their apple crops. This is allowed within the definition of organic, but might be viewed by some as questionable. And as Gabe, owner of Groundworks, pointed out to us, even the idea of a farm free of genetically modified crops is suspect given the ability of pollen to travel freely and widely between conventional and organic farms.

That being said, Groundworks was impressive in its size, its range of crops (from chickens and pigs to apples, figs, berries, and vegetables of all sorts), its treatment of its employees, and Gabe’s commitment to educating other farmers and rehabilitating more and more land to organic status. 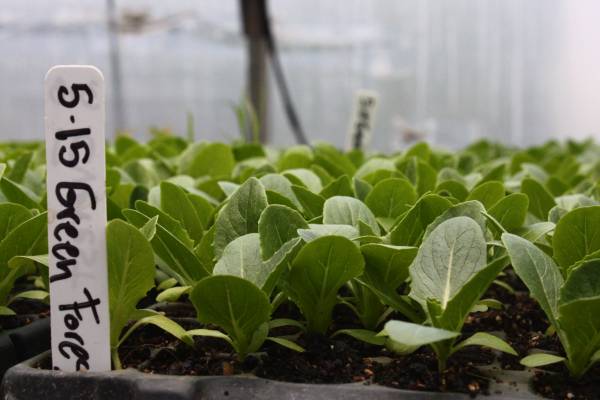 While visiting the farms was relaxing and the scenery was beautiful, what I came away with from this trip was that organic farming is all about difficult choices. The owners of Winter Green Farm spend a lot of time brainstorming with neighboring conventional farmers, because as they said themselves, conventional farmers have figured a great deal of useful things over the years. While there may be drawbacks to industrial-sized farming, there are good, healthy choices conventional farmers make as well. And while organic might seem like the label to seek out, there may in fact be practices happening on the farm-level that would upset conscientious consumers.

In the end, I found the act of visiting these farms and the distribution center to be eye-opening and thought provoking. It made me think about the labels I seek out, the choices I make, and the journey my food actually takes from farm to dinner plate.