How often do we get a chance to do exactly what we say we’d do? Having lived over four decades, I know it isn’t the majority of the time. Life gets in the way of best-made plans. We change our minds. Certainly our excuses get in the way of what we originally intended. So when my daughter Mina and my student Alana stepped onto the floor of the CrossFit competition for teens this weekend at the L.A. Fitness Expo and did exactly what they had planned to do, it became the clearest convergence of the best-made plans and tremendous effort topped with the mental fortitude to hold it all together. As their coach and as Mina’s mom, I couldn’t have been more proud.

The Teen Gauntlet CrossFit Competitions put on by CrossFit Kids are a series of national events meant to test the CrossFit skills of young athletes between the ages of 13-17. This Los Angeles competition was the second annual and this year attracted more than twice the number of kids as last year. Fifty-seven athletes in all competed, divided mainly by skill level: Novice, Junior Varsity, and Varsity.

The event was incredibly well run. Having taken my older daughter, Maya, to an endless number of Taekwondo tournaments, I know oh-too-well what a clustermess of a tournament can look like. Frankly, I haven’t seen a tournament run smoother. Every heat started on time. Briefings were clear. All questions were answered. All the competitors were gracious and sportsmanlike. The staff could not have been more accommodating and efficient. They made it a priority to keep athletes safe. Knowing a long day is ahead of you as a parent, athlete, or coach is tough, and the absence of unnecessary hiccups or delays was very much appreciated. 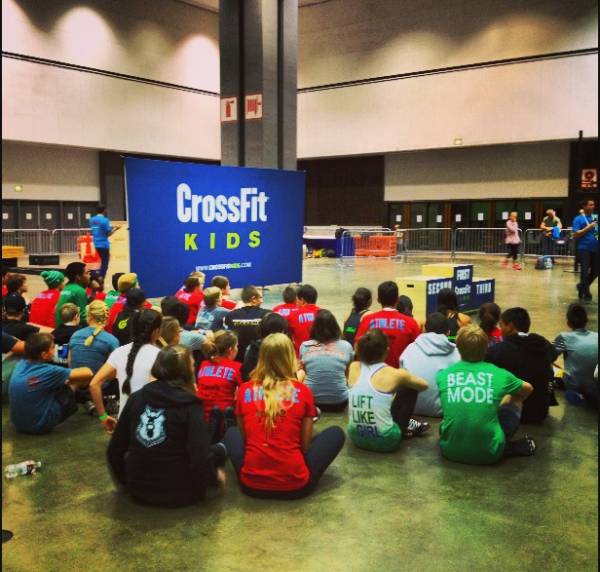 The workouts in the Gauntlet were nothing to sneeze at. I know every CrossFitting parent, spectator, and coach found themselves wondering how well they would fare in such a competition. The first workout of the event was to achieve as many rounds as possible in ten minutes of three handstand pushups, five pull ups, and fifteen air squats. The workout was the same for every division, however scaling options were allowed and sometimes required if athletes could not safely perform a movement no matter the division. The scores of scaled workouts would simply be placed behind the athletes who did the workouts as prescribed. The idea was to give everyone a chance to compete and enjoy the experience. Athletes who needed to scale appreciated getting into the action, as opposed to staring at the handstand wall for ten minutes, feeling embarrassed or less-than because they didn’t have this more advanced movement yet. Wisely, any athlete could scale any part of any workout throughout the day.

After the announcement of the first workout, I took Mina and Alana aside. I tried to gage the level of fear or excitement in their expressions. Mina, a born competitor, had done handstand pushups before but never in a workout and not without an inch mat under her head. But she couldn’t wait to give it a go in competition. Alana, my gentler warrior, gladly chose the scaled option of hand-release pushups because she needed to concentrate on her pull ups. She had just gotten her first pull up four weeks before. And though she was nervous to confront them in a competitive setting, I knew she was absolutely capable of handling the workout. 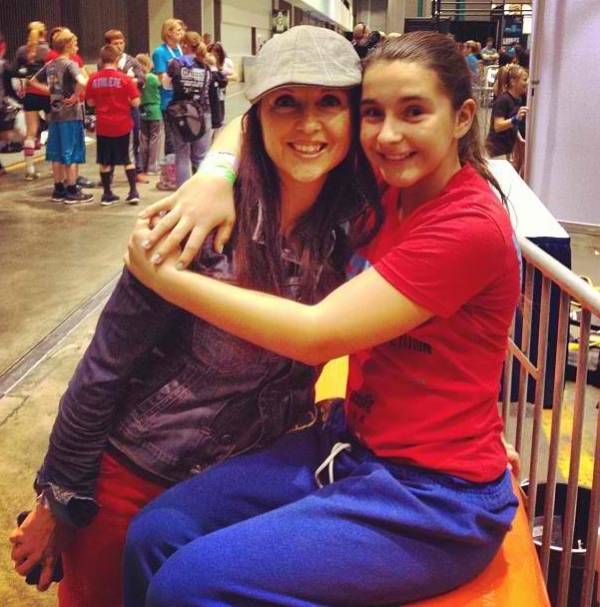 As the start time approached, their engines started to rev. I gave them a few tips to keep their shoulders as fresh as possible during the workout and a couple mental tips to stay in the game. I took each girl by the shoulders, catching them before they became too distracted by the internal chaos, and said, “Do exactly what you came here to do.” They both knew what I meant. We had talked about it for weeks. For Alana that meant pushing through the fear of not being able to do something on the spot. It meant giving all she could in that particular moment without being taken out by emotion. For Mina, it meant putting her competitiveness in a positive gear and letting her strength and skill take over, and also doing everything she could in that particular moment.

They stepped out onto the floor. Mina, visibly amped, stared at the wall against which she would do handstand pushups. Alana stared at the floor where she would do her pushups. She looked calm and not afraid. The noise and craziness of the surrounding fitness expo, where everything from Zumba shows and bodybuilding events were simultaneously going on, heightened in the huge hall seconds before the start. At “3, 2, 1, go,” Mina kicked up to the wall and easily banged out three handstand pushups like she was born to do so and Alana stuck to her exact strategy of doing one and two pull ups at a time to not waste reps or mental energy. The chaotic noise of the arena fell away and all I saw was the symphony of plan and movement strung together by mental strength. I choked up. They would be okay. They would be more than okay. These girls found a way to find their best selves when called upon. Can you ask for more from yourself, your student, your daughter? 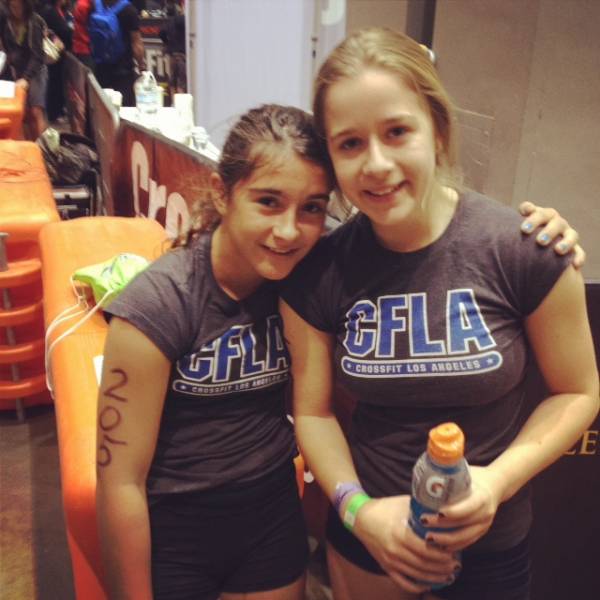 It went on like this all day, through all three workouts over the course of a long event. I kept them rested, fueled, mobilized, moving, motivated, and every time they were called upon, they stepped up. The six weeks of dedicated training and preparing all paid off in their day to shine, and shine they did.

Lastly, I want to mention how prevalent the spirit of CrossFit was at the competition. Kids were congratulating each other between workouts. The staff was so supportive of the kids. The judges were serious, as if they were judging the stars of the CrossFit Games. A good number of my CrossFit friends showed up to cheer on the girls. And through my friend and Breaking Muscle’s own Dr. Lindsey Mathews, Mina got a phone call from her idol Lindsey Valenzuela – LINDSEY VALENZUELA – before her last workout. My tough warrior-girl beamed and shed a tear over the call. And that epitomizes CrossFit: the generosity of self to lift up others and better the community as a whole. If we give our all, then others give their all. It’s an amazing example to show our kids. We can’t wait for the next Gauntlet.