No food has been more unjustly maligned over the years than the potato. When we think of the lowly spud, all of the unhealthy preparation methods immediately come to mind – French fries, chips, potato skins loaded with cheese and bacon, or mashed potatoes prepared with tons of butter and cream.

While it’s true these dishes are horrible for you and are likely partially to blame for the obesity crisis in this country, the potato has been a victim of the company it keeps. In reality, a potato can be incredibly healthy if prepared the right way, and is one of the most cost-effective ways to obtain clean energy and a host of micronutrients.

Glycemic Index Is Not Everything

Let’s get the whole concept of glycemic index (GI) out of the way first, because I’m sure that’s what a lot of you are thinking about. High GI leads to wild blood sugar swings, which leads to overeating and obesity, right?

If we solely paid attention to GI, which measures the rise in blood sugar in a person over the two to three hours following the consumption of a food containing 50 grams of carbohydrate, foods like peanut M&Ms, Nestle Quick, and even pure fructose would be considered health foods since they have relatively low GI scores.1 In other words, low GI doesn’t necessarily equate with healthy and high GI doesn’t necessarily mean unhealthy.

In addition, boiled potatoes are a highly satiating food, meaning they leave you feeling very full and satisfied in comparison to other foods. In fact, they rank the highest on the satiety index. On top of that, add the fact that whole foods are rarely eaten in isolation (unless you consume a mono or fruitarian diet, which is not part of the discussion here), and the condemnation of potatoes because of their high GI is overly simplistic and not scientifically sound.

Even the Whole30 recently allowed white potatoes into their program. Choosing to allow or disallow potato-based foods by modes of preparation, rather than potato color. Meaning, chips and fries are out, but all potatoes prepared in healthy manners are in. 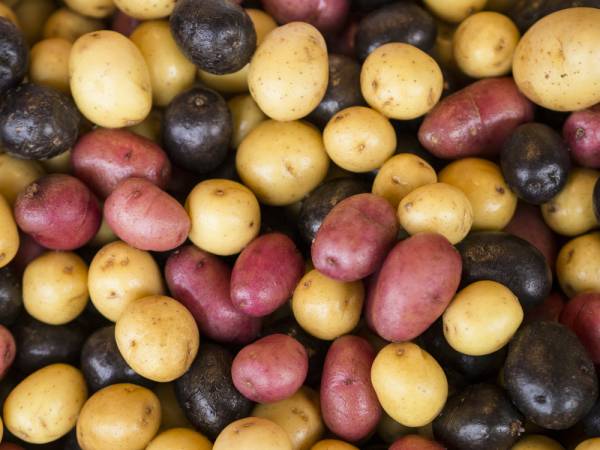 Now let’s take a look at all the nutrients potatoes house within. Potatoes are loaded with vitamin B6, required for over a hundred enzymatic reactions including amino acid synthesis and the breakdown of glycogen in our muscles and liver. You might even say that potatoes are a performance enhancing food for athletes.

Potatoes are also an excellent source of dietary fiber, potassium (more than bananas), copper, vitamin C, phosphorus, and manganese, along with a wide variety of antioxidants, carotenoids, flavonoids, and other phytonutrients such as kukoamines, which have exhibited powerful blood-pressure lowering properties.3

Explore All Colors and Varieties

So, if the potato’s reputation has suffered from the popularity of unhealthy preparation methods, what are the healthiest ways to consume potatoes? First of all, its worthwhile to note that there are many potato varieties aside from the common russet, including Yukon gold and purple potatoes. Purple potatoes in particular have been shown to have powerful anti-inflammatory effects. For all varieties, boiling, baking, and steaming are the healthiest ways to go.

Here’s a simple nutrient-dense recipe for a satisfying loaded baked potato, which can be used with any variety of spud out there, including sweet potatoes. There’s no reason to be scared of potatoes and this recipe just might help ease you back in to spud consumption. 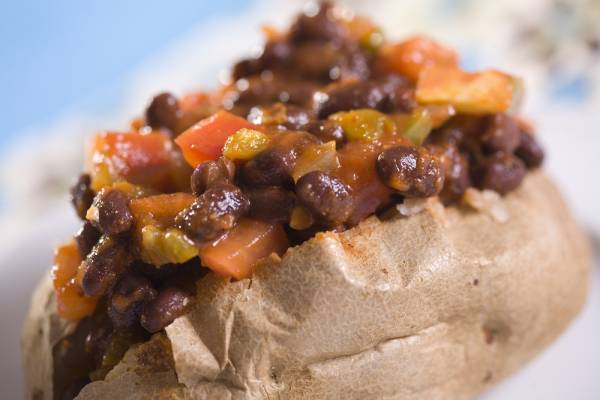