Power up Your Training With the Strict Overhead Press

Taking a look at how the strict overhead press should be executed and implemented effectively in an exercise program.

Today’s topic for our coaches: how should the strict overhead press be executed and implemented effectively in an exercise program?

Just as with other protagonistic and antagonistic muscle groups, it is important to make sure the opposite motion (pull-down or pull-up) is trained and vice versa. Charles Poliquin, for example, has analyzed statistics taken from Olympic athletes in relation to specific strength ratios between opposing muscle groups, that help to predict performance and likelihood of injury.

Poliquin proposes an overhead pressing strength using a standing dumbbell overhead press of 29% of a person’s 1RM in each hand for a total of 8 repetitions, in order to ensure an even ratio. If this ratio is off, the body can inhibit the strength development of both the bench press and the pull-up; the body attempts to protect itself by shutting down pathways when it can sense imbalances.

Overhead movements are quite complex. The glenohumeral joint – the ball-and-socket articulation between the humeral head and the glenoid cavity – represents the very last link connecting the musculature of the lower body with the upper extremity. For different reasons, the strict overhead press has long been advocated as one of the best exercises to develop upper body strength, to the point of considering it the modern paradigm of “functional training “. 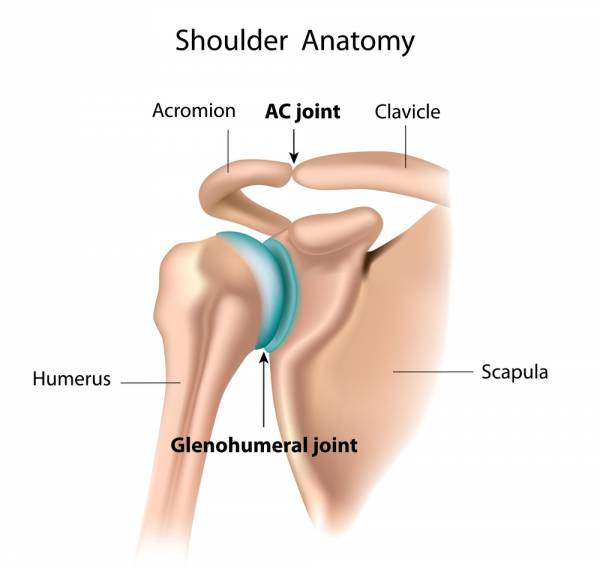 Is it really that functional? If we look at the biomechanics of overhead sports, in general, we realize how minor the contribution of the upper body is in affecting performance. For instance, less than 10% of the distance covered by a javelin depends on the thrower’s relative upper body strength, whereas over 60% depends on lower body relative strength. Transfer of force “from the ground up”, therefore, seems to be the key factor in improving overhead mechanics. Pressing a weight over head by creating momentum extending ankles, knees and hips in an explosive manner (push press)  rather than pressing it by using exclusively the upper body musculature (strict overhead press) represents, in my opinion, a much better alternative to develop upper body strength in such a way that can be beneficial on the field and/or on the court of play.

So, could someone argue that the strict press is useless? There is no such a thing as a useless exercise. The strict overhead press is an excellent tool to develop muscle balance around the glenohumeral joint. If the correct amount of pushing and pulling movements are implemented in both the frontal and the sagittal planes, overuse injuries can be prevented by creating the proper balance between agonist and antagonist muscles.

Moving weights overhead while standing up on both feet is also an excellent example of “functional” core training, as long as proper upper mechanics throughout the movement is reinforced. In order for the musculature of the abdominal wall to work correctly, the diaphragm should preserve a neutral orientation preventing the rib cage from flaring out and the thoracic spine from hyperextending.

The strict overhead press should mostly be considered as a “complementary exercise” and therefore executed with relatively lighter weight: when strength becomes a priority, exercises such as the push press, heavy overhead toss and throws and the split jerks should be considered in order to create the optimal transfer of training.

The overhead press will teach the body some important lessons if trained properly. Again, we are discussing an exercise that is highly functional because it challenges the whole body to work dynamically to stabilize the torso and lower extremities while moving weight overhead.

This may seem like a simple task, but the increasingly sedentary nature of our lifestyles have produced a limited range of motion in the shoulder girdle in a large portion of the population. In order to lift weight overhead, you must be able to disassociate movement at the shoulders from flexion/extension of the spine. Simply put, you must be able to stabilize the torso while independently moving the scapula through a full range of motion.

The easiest way to assess this is to observe the rib cage during an overhead movement. If your ribs flare up and out as you reach overhead, you’re probably compensating for a lack of shoulder mobility by extending at the spine. This is by far the most common mistake people make during this lift. This is typically the result of a weak core and/or weak shoulder stabilizers.

If you’re having this problem, the best approach is to work to increase your core strength and shoulder mobility separately before putting it all together. Once you can reach overhead comfortably without compromising the integrity of the torso or the hips, you’re ready for the strict overhead barbell press. I recommend that you start light and think of the press as a “core exercise”.

Focus on maintaining a neutral spine by keeping your trunk musculature engaged and exhaling forcefully as you press. Your knees and hips should be fully extended throughout to create stability in the lower extremities and minimize any energy leaks. Think about “pulling” the weight down from the top to create an active eccentric.

All the tension you develop during the eccentric phase will create a stronger base of support for the concentric action. Tension is the name of the game here. The barbell’s center of mass should be closely aligned with your center of mass throughout the movement. This means you have to keep the bar close to you as you press, it should clear the tip of your nose by millimeters. Make sure you fully lock out your elbows at the top.

The strict overhead press is an excellent exercise because it places a lot of stress on the shoulder and core stabilizers. That being said, it should be avoided for those same reasons if you’re not ready to perform it safely. The exercise is simply challenging your ability to maintain proper body positioning throughout a specific range of motion.

Theodore Sloan, Antonio Squillante, and Giulio Palau are three up and coming young coaches, part of a vanguard of new minds coming into the industry. They will approach a coaching tactic or strategy from a different perspective and share their insights here. If you have a training subject you would like to see addressed by these guys, send an email to [email protected] with #ThinkReps in the subject line.