Barring injury, the problem is often not where you think it is. The answer to squatting poorly is usually not to squat more. It may not even be as simple as being taught how to squat. The answer might just be in your very first movements as a child.

Life begins on the ground. Our first movements involve looking around us to see what is happening. As we are attracted to voices, we start looking for these people as our eyesight begins to develop. Soon we’re rolling over onto our bellies to initiate the process of crawling, which will eventually lead us to grab hold of something and take our first stuttering steps forward. Once we’ve done that it’s not long until we’re running around like crazy and our uncle is left wondering how on Earth people can keep up with kids’ energy levels for entire days (or maybe that’s just me).

For the first few years of our life we explore our environment with movement. We move towards things, we squat down to inspect them further, and we learn how to control our bodies.

Then we go to school and ruin it all. From the moment we enter school to learn, while our head is being filled with what can mostly only be called trivia, our body is doing the physical equivalent of watching television. For the next twelve years (and more if you go to university) we spend our days sat down learning.

To counteract this we are encouraged to get involved in sports. Early on these sports are fun, mere games that include some more physical exploration of our bodies and how we move. But soon enough we’re again encouraged down a path of sport specialization and instead of learning new skills and moving more we end up performing just a few things over and over.

To become the kind of athlete we see on TV, you’ll need to have had the right parents. But for the rest of us it would probably have been better if we just kept on playing games and kept enjoying ourselves in the act of doing physical things instead of worrying about perform, perform, perform.

It may seem odd to hear this from someone who has spent half his life working with elite athletes, but I’ve always been concerned about the cost, both physically and psychologically, of elite performance. One of the things that makes me worry is that we spend all of our time looking at the end of the spear, the very tip. We look at the final few percentage points – the plyometrics, the supplements, and the high intensity work. But at the bottom of our pyramid of sporting skill lies one thing – movement.

Without good movement skills we cannot become athletic and without being athletic we will never be great athletes. 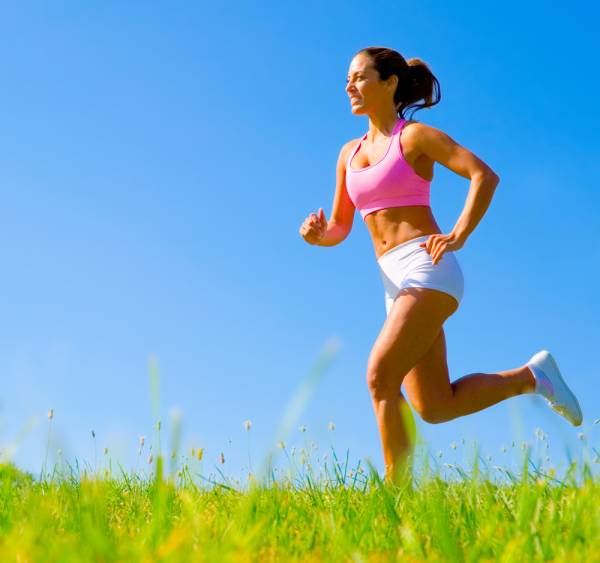 The very first of our movements support everything else that we add on top of them. Take crawling for instance. The crawl is a cross body pattern – you move your opposing hand and foot at the same time. If we rotate a crawling person ninety degrees and put them into a standing position what you’ll notice is that walking and running are the same movement – just performed at different speeds.

So I’ll ask you this – if you can’t crawl well, what on Earth are you doing when you run? If you can’t crawl without your hips sagging wildly from side to side, or with your knees coming straight up instead of having to go out to the side, or if you lack the ankle flexibility, what makes you think all of that has disappeared when you add speed and load in standing?

I’ll tell you what the result is – it’s injury. So, what can you do about it? Let me share something I’ve discovered – Primal Move. As they explain, “Primal Move’s goal is to make changes through playful, beautiful, and mindful movements. Through better movement you will be able to enjoy whatever you like doing in life. We want to show you the potential we all have in us buried deep down. Primal Charge is our basic level division, that later on you can use as a warm up routine or even a full program.”

What really sticks out in my mind when I look at Primal Move is one thing – you can’t have functional movement without FUN. Read the following excerpt from the Primal Move website to understand why I believe it is the logical progression following our earlier discussion:

The 10 Elements of a Primal Session:

1. Mobility preparation – Normally we use the Primal Flow Assessment drill, so we get clear picture of the movement status of the client or clients.

3. Torso coordination – Tying the body together, starting to use the body as a unit is the goal. No, it is not a core training, whatever that means, it is simply creating more awareness for the linking of upper and lower body, so heavier loads can be handled later.

4. Sub-maximal plyos – Plyos and sub-maximal plyos are not for everyone, especially real depth jumps. Our goal in this part of the practice is adding a cardiovascular component and loading the primitive patterns with a touch of intensity – load makes patterns permanent, so it is vital to have them correct before adding load of any kind whether it is speed or physical weight.

5. Skill training – A very important segment, where the client must be relatively fresh, but now with great body awareness, after completing the first four segments. Every single step of the progressions should be mastered with grace and elegance, from static holds to sport specific speed. This concept of beautiful movement with aesthetically pleasing quality, or Kalos Sthenos as Gray Cook calls it, is a vital element to good movement.

6. Resistance training – Applying the benefits of the full preparation to strengthen the major patterns. Push, pull, lunge, hinge or bend, rotate and gait and even carry are the most important patterns, and many times these can be blended while practicing.

7. Games – This segment is one of our favorites. Our experience is this part of the practice creates fun and a competitive environment, and this is the segment we clearly see how playfulness creates the flow. Remember, there is no functional movement without FUN. Why should kids be the only ones who get to play?

8. Free-flow practice – Almost like a dance, playing with range of motion, speed and intensity – like shadow boxing but with movement. Exploring the movements you have learned and working on the skills within them.

9. Energy system development – this is the most intense part of the session, where our goal is metabolic conditioning. In case Flow practice is not part of the program, ESD can be used for this purpose. Normally created from 3-5 moves, contains hops or jumps for greater physical demand.

10. Mobility cool down – Almost identical to the PFA [Primal Flow Assessment], however can be modified by demand of the whole practice.

Primal Move is taking the functional training world by storm for a very good reason. Already recognized as an official partner of FMS and used by both the Carlson Gracie BJJ team and Krav Maga Global, this somehow brand new, yet old school fitness trend will add to your fitness in ways you’d forgotten you even knew existed.