Every day in the gym you can hear trainees complain about having an unexplained bad day. The weights just seem too heavy and they don’t go up like they did even a few days ago. Days like that can be maddening since they seem to have no obvious cause. This is especially true with novice trainees and it occurs with all branches of the weight training universe. Not only Olympic lifters, but CrossFitters, powerlifters, strongman athletes, and all others have those kinds of days.

There may be many causes but sometimes these bad workouts originate in the lifter not paying attention to the concept of force transfer. As Sir Isaac Newton outlined in his famous Principia: every action has an equal and opposite reaction. If you push against an object, the object also pushes back. Always. Under those conditions, a 1:1 ratio between force applied and resistance moved is most desirable. Anything less means a loss of force delivered. This translates into so much wasted effort. But if the ratio can be achieved then workouts will go so much easier.

And how is this achieved? Well, it’s all in the contact points. In all weight training, but especially with the full body versions, there are three contact points that you will have to deal with: the floor, the barbell, and the body, which is usually placed in between the other two. From the bottom up, floor-body-barbell is the usual kinetic chain.

From there you must consider the nature of the contact between these points. These relationships all have to be considered separately. All such relationships have to display that 1:1 force transfer condition if efficient lifting is to be possible. The three vital relationships are the following:

The body, i.e., the feet, must be in stable contact with the floor. Proper footwear is necessary for this. Weightlifting shoes are best since they have good grips on the soles and also keep the foot stable inside the shoe via the tarsal strap. Soft-soled gym shoes don’t cut it when lifting weights.

The solution: Get some lifting shoes. They come in a range of prices, some being not much more expensive than what you would pay for a pair of dress shoes. In fact, if you just can’t justify spending your hard earned on some lifting shoes then a pair of not-too-old, lace-up dress shoes are not a bad compromise, especially if a tarsal strap can be jerry-rigged. At least the soles are hard. You will still get that 1:1 transfer. Work boots can also work on some lifts.

And don’t forget that floor. It had better be stable itself. Don’t lift on tumbling mats, wrestling mats, or Swiss balls. Those have other good uses but they make poor platforms. 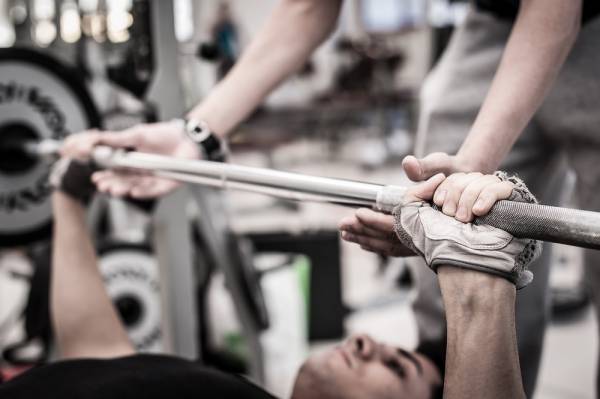 The body’s main point of contact with the barbell is usually the hands, obviously. In most cases where the arms do the lifting the hands must grip the bar tightly. Anything less results in a loss of delivered force to the bar. While missing the lift is bad, such lackadaisical contact can also be hazardous to the tendons and ligaments of the hand. Weight-training gloves, purloined from the cyclists’ kit are often seen on novices and sometimes on more experienced trainees as well.

At face value this seems to make sense. Why not wear some hand covering in order to save the hands from that nasty old bar? For smaller dumbbell loads that may be all right, but often you will see the gloves come on when it’s time to deadlift. Granted, that lift is hard on the hands. It would be nice to put some buffer in between the hands and the knurling to cut down on the calluses. But in doing so two undesirable conditions soon emerge. One, the lifter now has an unstable grip since the hand can (and does) slide around in the glove. And two, the gloves effectively mean a wider bar. That is okay if you are trying to strengthen grip. It is also okay if you are only working with lighter weights. But when heavier clean or deadlift-type pulls are attempted gloves are counter-productive.

The solution: Serious lifters need to junk the gloves and build the inevitable callous. Then keep those shaved and your grip will maintain that 1:1 force transfer.

In some lifts other body parts also become important. The squat is the most obvious example here. Whether you choose high or low bar squats the bar must be making solid contact with the appropriate part of the back or problems will soon develop. In practice that means that bar pads are counter-productive. Many newbies resort to such pads but in doing so often end up squatting with the bar way too high, right over the cervical vertebrae (guillotine squats), thus defeating the whole purpose of the pad. They also make for an unstable lift.

The solution: Learn how and where to place the bar on the back. If that is done the lifter will soon get used to the feel of the bar directly on the back. 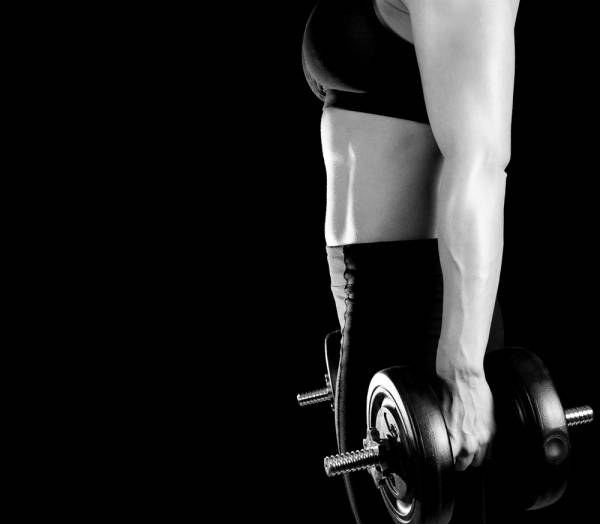 This one is often overlooked but may be more important than the others. In order to do any lift the body must move some joints through their tracks in some manner. Muscles attached between two bones will contract in order to close the angle made between those two bones. The various parts of the body must be stabilized before forces can be transferred efficiently.

We all know this and are aware of it. This is easiest to observe when doing a curl. The bicep contracts and the elbow joint closes. What is less obvious is that many other muscles need to be tensed isometrically in order to stabilize the body so the bicep can work most effectively. The forearms, the pecs, the shoulders, and even the legs must be held tight for a maximum curl to make it up to the shoulder.

This is even more important in the full body Olympic and power lifts. There, it is all about the core – the abs and the back. The upper body serves as a lever when pulling on a weight. Unless the core is tight it will feel like you are trying to lift a heavy weight with a rubber lever placed on a fulcrum sitting on muddy ground.

So, next time you have a bad day on the weights it might be a good idea to have a look at force transfer causes and listen to that advice that has been around since Milo first lifted his calf: Now stay tight!