Question Everything: Get Stronger With a Scientist’s Mind

Clients seek out hairdressers to “do” their hair. Students seek out knowledge. Are you a client or a student?

Scientist are taught to question everything. This mindset might be helpful to your training. Do you question your coaches about their directions? Do you question the program you are following?

Maybe we should be a bit more skeptical about the claims made by our coaches or programs. The biggest benefit of questioning is that we can better our training by building our knowledge and making our coaches work harder. We also take responsibility for our fitness. Because in the end, only we are responsible for ourselves.

Richard Feynman won the Nobel Prize in Physics in 1965. At age 24, he worked on the Manhattan Project building the first atomic bomb. He was a relatively obscure scientist at the time. But when it came to questioning authority, he never blinked.

Niels Bohr visited the scientists working on the Manhattan Project. You probably studied Bohr’s most famous work on electrons in chemistry. He won a Nobel Prize twenty years earlier for that work. Bohr arrived at the Manhattan Project with an entourage of scientists who tended to agree with everything he said. Feynman attended a meeting with Bohr who was describing an important component of nuclear fission. Most of the scientists were acknowledging Bohr’s brilliance. However, Feynman was busy thinking about whether Bohr’s logic was correct. Feynman reportedly exclaimed, “That’s not right.”

“You may not need to follow Feynman’s social graces and call out your coach in front of everyone. But it might be a good idea to make your coach work a bit harder.”

Do you question authority related to your fitness goals? You may not need to follow Feynman’s social graces and call out your coach in front of everyone. But it might be a good idea to make your coach work a bit harder. Ask him or her why you follow certain principles. Question your coach’s logic by trying to see things from a different perspective.

Sometimes people in authority sound knowledgeable because of the terminology they use. Have you ever heard a coach indicate that you should “supinate more” or “reduce your flexion.” It is much easier to understand “show your palms” or “keep your back flat.” A knowledge of fancy words does not mean you have knowledge. In Richard Feynman’s book What Do You Care What Other People Think?, he described how he learned to learn with his father:

On weekends, my father would take me for walks in the woods and he’d tell me about interesting things that were going on in the woods. When the other mothers saw this, they thought it was wonderful and that the other fathers should take their sons for walks…

The next Monday, when the fathers were all back at work, we kids were playing in a field. One kid says to me, “See that bird? What kind of bird is that?” I said, “I haven’t the slightest idea what kind of a bird it is.” He says, “It’s a brown-throated thrush. Your father doesn’t teach you anything!” But it was the opposite. He had already taught me: “See that bird?” he says. “It’s a Spencer’s warbler.” (I knew he didn’t know the real name.) “Well, in Italian, it’s a Chutto Lapittida. In Portuguese it’s a Bom da Peida. In Chinese, it’s a Chung-long-tah, and in Japanese, it’s a Katano Tekeda. You can know the name of the bird in all the languages of the world, but when you’re finished, you’ll know absolutely nothing whatever about the bird. You’ll only know about humans in different places, and what they call the bird. So let’s look at the bird and see what it’s doing—that’s what counts.” (I learned very early the difference between knowing the name of something and knowing something.)

He said, “For example, look: the bird pecks at its feathers all the time. See it walking around, pecking at its feathers?” “Yeah.” He says, “Why do you think birds peck at their feathers?” I said, “Well, maybe they mess up their feathers when they fly, so they’re pecking them in order to straighten them out.” Large set of books covering all sorts of knowledge “All right,” he says. “If that were the case, then they would peck a lot just after they’ve been flying. Then, after they’ve been on the ground a while, they wouldn’t peck so much anymore—you know what I mean?” “Yeah.” He says, “Let’s look and see if they peck more just after they land.” It wasn’t hard to tell: there was not much difference between the birds that had been walking around a bit and those that had just landed. So I said, “I give up. Why does a bird peck at its feathers?” “Because there are lice bothering it,” he says. “The lice eat flakes of protein that come off its feathers.” He continued, “Each louse has some waxy stuff on its legs, and little mites eat that. The mites don’t digest it perfectly, so they emit from their rear ends a sugarlike material, in which bacteria grow.”

Finally he says, “So you see, everywhere there’s a source of food, there’s some form of life that finds it.” Now, I knew that it may not have been exactly a louse, that it might not be exactly true that the louse’s legs have mites. That story was probably incorrect in detail, but what he was telling me was right in principle. …My father taught me to notice things. 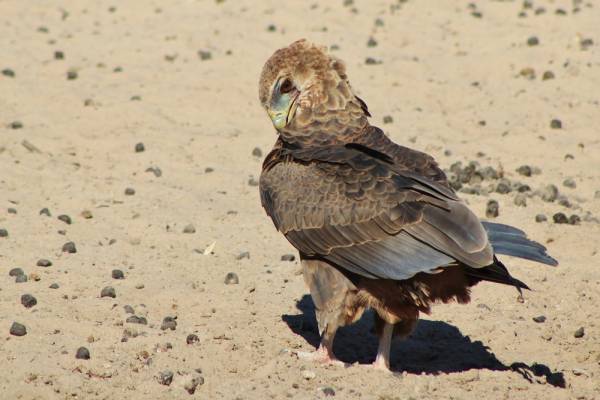 Be a Student, Not a Client

StrongFirst founder Pavel Tsatsouline speaks about the differences between clients and students. Clients seek out hairdressers to “do” their hair. Students seek out knowledge. Are you a client or a student?

As a student, you will be on a quest to learn as much as you can about your fitness. (My guess is that you are a student as you are reading articles here on Breaking Muscle.) The phrase “knowledge is power” (scientia potentia est) is attributed to Francis Bacon, a philosopher known for creating the scientific method. If we use an alternative definition of power, your deepening knowledge can help you build more power in terms of your workload as an athlete.

“Clients seek out hairdressers to do their hair. Students seek out knowledge. Are you a client or a student?”

Being a student of strength and conditioning allows you to take responsibility for your goals. As you take on this responsibility, your motivation could be increased. You can also create an individualized training system that works for you because, like Feynman, you have picked apart your body and goals like he and his father picked apart the workings of the bird.

I am not advocating forgoing all authority. We can learn a great deal from our coaches. My suggestion is to make your training a place of discovery rather than a place where you consume what is being served to you. We can follow a program, but we might want to question whether it is effective and why we are doing it. Being a student, one who questions and constantly seeks knowledge, can empower us to find the right program and right coach. 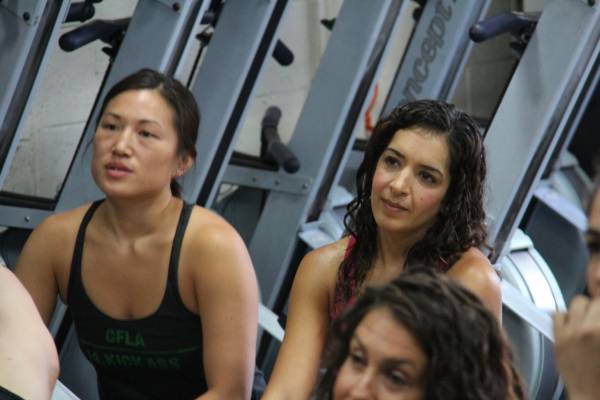 The field of strength and conditioning has made many advancements in the last century. Although many old-time strongmen understood the fundamentals of proper training, scientists are now unraveling these secrets using larger studies and advanced measurement. We still do not know everything, but using a scientist’s eye can help us in our personal quests.

By questioning fitness authorities, learning the why of what you are doing, and being a student, you will empower yourself to improve. You are ultimately responsible for your health. By questioning everything, you are taking control over the outcome.

I think of the Buddhist koan: “If you meet the Buddha on the road, kill him.” If you find someone with answers that can’t be questioned, maybe it is time to move to another road.

Feynman, Richard P. 2011. “What Do You Care What Other People Think?”: Further Adventures of a Curious Character. W. W. Norton & Company.