You may have heard of the hormone relaxin in reference to pregnant women, but we all have it – men and women. Does it and your cycle play a part in injury, specifically ACL injury, in women?

Being woman is hard enough:

Those are all thoughts I’m sure each of us women has experienced during a workout. There are numerous thoughts going through our heads when we lift, run, or even do a pullup. The last thing we want to worry about is our cycle. But I have been thinking about it.

In fact, I’ve thought about the ups and downs that come with a woman’s cycle more than once in the last month, so I decided to do a little research. I’ve heard numerous claims that women are more susceptible to injuries, specifically ACL tears, than men because of how their cycles play out.

We’ve all heard of this hormone, but associate it mostly with pregnancy. This hormone is at the center of all the injury gossip. Relaxin is found in both men and women. In men, relaxin is secreted by the prostate gland. Little to no levels of relaxin are found in blood circulation, but relaxin can be found in semen. In women, relaxin is secreted via the corpus luteum in the ovary. And yes, during pregnancy, the production of relaxin increases with the help of the placenta, the membranes surrounding the fetus, and the uterine lining.

In healthy, menstruating females relaxin increases about fourteen days after ovulation. The purpose here is to help prepare the uterus for pregnancy. If pregnancy does not occur, then relaxin levels decrease. During pregnancy, relaxin levels are highest in the first semester and right before pregnancy. In the first trimester, relaxin helps to relax the uterine wall and aid in the adaptation of the cardiovascular and renal systems to the increased demand for oxygen and nutrients. Towards the end of pregnancy relaxin helps to relax the ligaments in and around the pelvis so the mother’s body can better adapt to the growing fetus.

More and more research is being conducted in regards to the role that relaxin plays in the human body. Here’s some things we know: 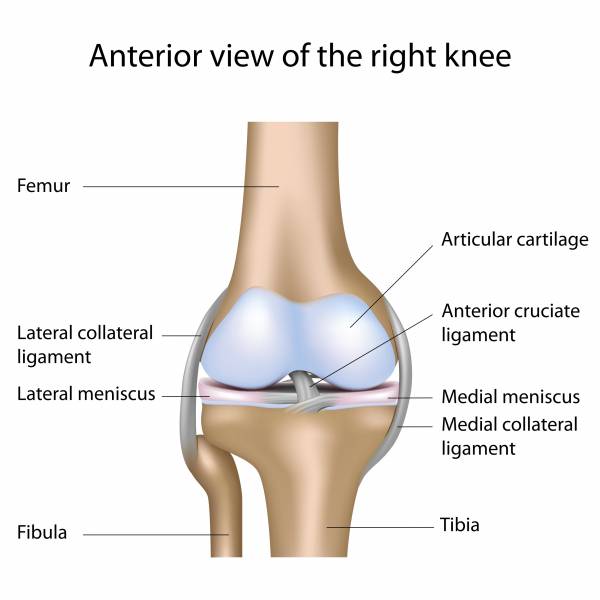 So are women more susceptible to ACL tears and ligamentous injuries than men? One study showed that women who did have ACL tears did in fact have more serum relaxin levels. A different study found that although the concentration of relaxin was higher in the athletes with ACL injuries, the researchers were only able to detect relaxin in 36% of those injured. They also mentioned that men with ACL injuries would not display any levels of relaxin, which is a completely normal finding.

As far as women being more susceptible to injury, especially ligamentous injury, during certain time periods of their cycle, I would have to say it depends. Yes, relaxin levels increase at certain stages and subsequently ligaments have increased laxity. However, if you are subjecting yourself to different functional training movements and including strength training, body control, and flexibility in your training protocol, then you are heading in an ideal direction. Biomechanics, spatial orientation, and fine motor patterns have also been linked as reasons why women are more susceptible to ACL injuries than men.

I do not think relaxin is the culprit for a more women tearing the their ACLs more frequently than men. However, I do think researchers are headed in a great direction. There is so much more to learn about relaxin and it’s effects on the human body.