A waterproof iPod? Underwater Audio has come up with a cure for lap swimming boredom. 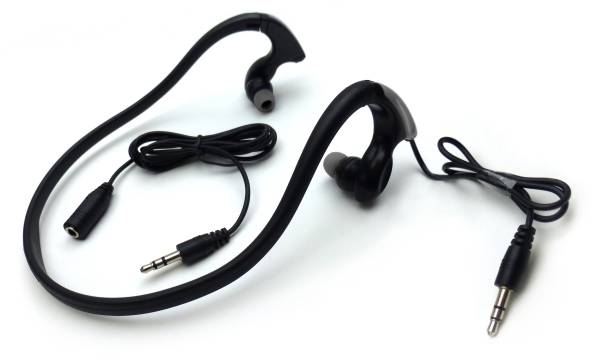 iPods were pretty rad when they first came out. This tiny little thing that could your entire music collection on them but fit neatly in a pocket. No more having to carry around those big, heavy CD players, or worse, a Walkman. As someone who grew up thinking a Walkman was the coolest thing in the world, the iPod was amazing.

iPods are amazingly convenient, cheap, and easy to use. Considering how mass produced they are, they are remarkably robust. But like most electronic devices, they don’t like getting wet. Or do they?

Underwater Audio has fixed that little snag by developing a waterproofing system for the iPod Shuffle. On the surface it looks like nothing special except for a little sticker that says that it has been waterproofed. The only other difference is that it comes with various earpieces and an extra cord.

We all know that standard Apple earphones don’t work for many people, although I’m not one of them. The normal Apple earphones work quite well for me – when I’m sitting still. My main concern is always that one of my ears is cauliflowered a bit thanks to BJJ, and I wasn’t sure if Underwater Audio would have an earpiece that would fit into my mangled ear well enough. But I found that with a little trial and error, the smallest set worked well for me.

The operation of the iPod is the same as usual. Putting your playlists and favorites onto it is as easy as hooking it to your computer and firing up iTunes. Switch it to either shuffle mode or straight play and you’re good to go, and the controls are exactly the same.

When you’re sitting at the edge of the pool in a pair of Speedos wondering where on earth you’re supposed to put this thing, don’t worry. The clip on the back of the Shuffle attaches easily to the strap of a pair of goggles. Then it’s just a matter of setting the earphones in place and swimming off while disco beats throb between your ears.

Well, that’s how easy it should be, but there’s a bit more to it. Setting the earphones in place requires a bit of practice to get it right. On my first trip to the pool I gave up after three tries to get them to stay while swimming. They work just fine when sitting still, or just being in the water, but tend to get pushed out of your ear by water when you push off for turns, and they really didn’t like tumble turns.

So the first effort at using them saw me toss them back into my swim bag and continue the workout as usual. During the second workout I ran the cable for the earphones under the strap of the goggles so there was less the water could tug at. That worked a bit better, but not much, and I again ripped them off my head and swam as usual.

I normally swim capless, but I noticed the pictures in the instructions had the model wearing a cap. On my next attempt I grabbed a swim cap before heading to the pool and tried again – much better. I also put the earphones in almost back-to-front, and wrapped the cord around the front of my ear, which seemed to secure it in place much better. And finally I was away and everything was working as it should.

It’s exactly as described – an iPod that works in the water. If you are one of the many who finds swimming boring and monotonous, it may help to alleviate the boredom and get you in the pool more often. I never tried, but if you were about to do a long swim a good podcast or audio book would be a fantastic way to keep your mind occupied.

The various sets of earphones seem to work well for most people. Both my girlfriend and I tried the device and both had no problems with it, once we figured out about the swim cap and looping the cord around the ear.

I barely ever listen to music while training. Unlike most people, I deliberately take my training time to be a period of disconnection from the electronic world, and I try to make sure to notice the world around me while engaged in training. I find that when I’m doing something cyclic like running, riding, swimming, or rowing, I concentrate far better if I stay focused on my breathing and my form. Music just distracts me.

As someone who grew up swimming, I have spent about thirty years swimming without music. To suddenly have my head filled with music was almost disconcerting and I found it difficult to stay focused on my stroke. This is probably not helped by me setting up the iPod quickly and just putting a Ministry of Sound running album on it. The pace of the music was way too much for the rhythm of swimming and added to the distraction. My girlfriend, who is a habitual iPod user while training, also found it distracting, but for exactly that reason – the beat of the music was unsuitable for swimming.

This is a great tool. It is exactly as advertised – a waterproof iPod. I think if the music choice had been better I would have enjoyed using it far more, particularly on long swims. For people who do find lap swimming boring it could be a great way of getting them into the water more often and training more regularly, which is always a good thing. It obviously works out of the water as well, and as it’s an iPod Shuffle it could be used for all your training needs easily. If you’re a dedicated endurance athlete who wants to upgrade their personal music device this could be a good choice.

The Waterproof iPod Shuffle Swimbuds Headphones Bundle is available for $165.00 from UnderwaterAudio.com.