The National Women’s Soccer League (NWSL) has a pay cap of just $37,800 per player. That’s compared to an average of more than $300,000 for men’s Major League Soccer. Furthermore, NWSL has a salary ceiling of just $265,000 for each team — compared to more than $3 million for the men.

This discrepancy in finances also means that contemporary technologies are sometimes out of reach of the women’s game. Women’s matches are rarely played in stadiums equipped with semi-automated camera systems. Most of the research undertaken in support of these females athletes to date has been derived from relatively small samples using traditional video based technology.
.
These factors limit the depth of analysis. Thats why we are delighted with this detailed high-tech research into the rigors of match play for female soccer players. The study1 is published in the Journal of Strength and Conditioning Research on the subject of physical performance of elite female soccer players in games.

A total of 148 individual match observations were undertaken on 107 outfield players competing in competitive international matches during the 2011-2012 and 2012-2013 seasons, using a computerized tracking system. This study found that the total distance (TD) and total high-speed running distances (THSR) were influenced by playing position, with central midfielders (CM) completing the highest (nearly 11,000 meter in total and just under 3,000 m in high-speed running) and central defenders (CD) the lowest (around 9,500 m and just under 2,000 m respectively).

Greater TVHSR distances were completed when a team was without the ball compared to with possession of the ball according to the study. Modern professional soccer teams like Barcelona emphasize possession play which, in light of the these findings, would make sense. It seems that the longer you have the ball the less you have to chase it down. The majority of sprints were over short distances with 76 % and 95 % being less than 5 m and 10 m, respectively. And after half time, reductions in physical performance were present for all variables, independent of playing position. Seems like the observations of this study match our feeling that sprinting for miles tends to wear you out. 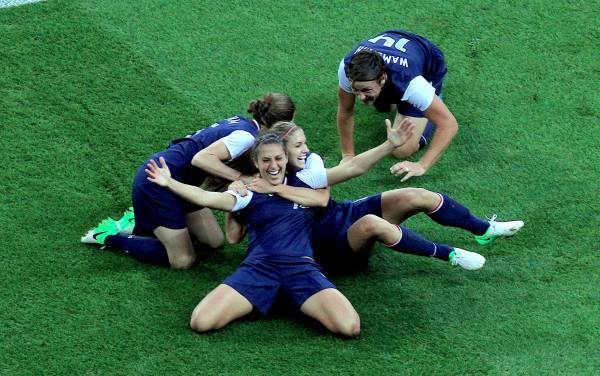 The researchers look forward to the widespread use of GPS trackers in the game, something that was recently used by the US women’s soccer team at the Rio Olympics. Undoubtedly, this kind of match play data will become ubiquitous and play a big role in helping coaches better prepare their players. Soccer-specific sprint drills should focus on short acceleration activities from a standing and rolling start. Sprint training over distances greater than 20 m helps athletes develop maximum sprinting speed. Teams should hold on to the ball to conserve energy. Based on possession the implications are defensive players who tend to do the most chasing of the ball are going to need a different conditioning and recover regime compared to attacking strikers. In game data on player activity will also shape substitution strategies and help coaches reconfigure teams for optimal performance in the second half of the game, when fatigue kicks in.