Speed Kills, Part 1: Proper Development of Speed for the Athlete

Many athletes, especially the fighters I work with, want more speed. But they go about it all wrong. Let’s look at the relationship between speed and strength and how to properly build it.

In fighting there is a saying, “skills pay the bills.” That is absolutely true and I can’t count the number of times I’ve seen a guy who looks like a bodybuilder beaten senseless in a fight by a guy who looks far more ordinary. So sports skill is always number one. However, speed is also a big factor in fight success – look at Tyson, Bruce Lee, or even Krav Maga greats like Eyal Yanilov who are all incredibly fast. Speed kills and developing it in fighters has been something on which I’ve spent a lot of time.

Mel Siff, one of the greatest minds of strength and conditioning, said quite clearly in his book Supertraining that before looking to include advanced speed training methods involving reactive strength (described later) into your own training you need to be able to do a double bodyweight squat. Given how few people are genuinely able to do this, it begs the question why are so many people seeking to train speed?

So what is the best way for the recreational athlete to develop more speed and/or power? Whenever you need to accelerate yourself (punching or kicking), an object (throwing a ball), or both at the same time (taking down an opponent) your chances of success are greatly dependent on your ability to generate force. As the duration of a skill becomes less and less the need for speed strength (hereafter designated as SS) increases. A better punch is a faster punch. But to accomplish this you will need higher and higher levels of SS to go along with it.

SS, however, comes under a broad umbrella of strength. Strength is a multi-faceted motor quality and has many different expressions. Its starting point is absolute strength (the amount of force able to be generated for one all out maximal attempt). This forms a basis for other bio-motor abilities such as SS, strength endurance, agility, etc. Absolute strength is so foundational to the development of all other athletic qualities that world-famous periodization expert Tudor Bompa stated that “No visible increases in power are possible without clear gains in absolute strength.” I’ll point you back to Siff’s statement on double bodyweight squats as a reminder – to get the most benefit from power production methods you need a solid base of strength.

Charles Staley, noted American strength coach, gave this example in Physically Incorrect of the importance of absolute strength on SS: 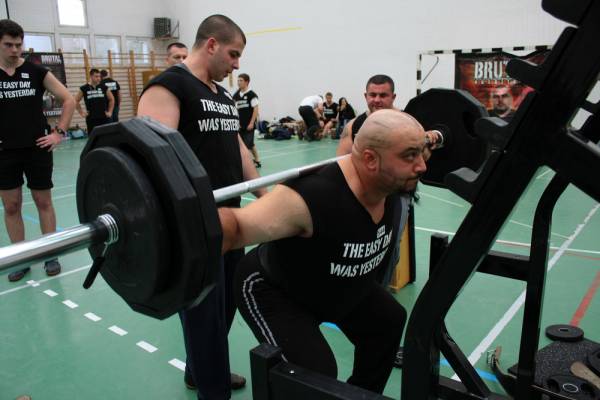 To put this in human terms: A 100kg man capable of squatting with 150kg for a single rep will only have 50kg of reserve strength available to propel his body and lock onto his opponent during a takedown attempt. If his opponent weighs more than 50kg this may not be enough to accomplish the task. Contrast this with a 100kg man capable of squatting 200kg, with 100kg strength reserve available. This fighter will have a vastly superior takedown and hit harder.

The next step of this is to understand that if you add bodyweight while adding strength you often wind up with the same relative strength you had when you began (the amount of force produced relative to bodyweight). Interestingly, increases in relative strength will also bring about increases in strength endurance for the same reasons stated above – there is more strength reserve, which manifests itself as better economy of movement. If instead of needing to work at 80% of your maximum to perform a task you are able to work at 60% you can either work for longer, faster, or simply perform the task at a higher intensity.

It is this final type of training that most go to first when seeking increases in speed or power production, yet it is in the first two where most of the gains lie. Given that these are highly affected by gains in absolute strength and that absolute strength has the greatest carryover to other athletic qualities it makes the most sense to me to spend the greatest time training these qualities rather than trying to make gains from reactive strength, which most people are ill-suited to do. The stress of reactive strength training on the body is high and often leads to complications in under prepared athletes. 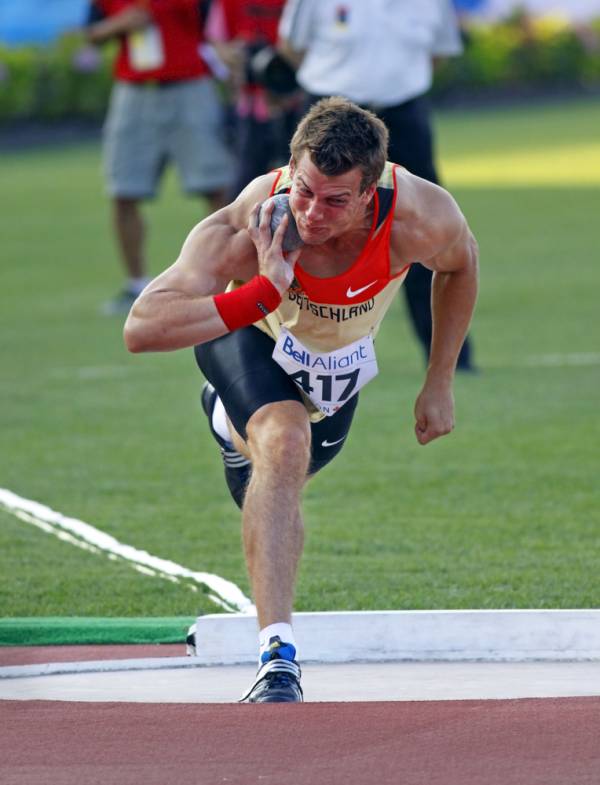 I hope you can see a theme here. There needs to be constant effort to move the object as fast as possible. Personally, I find problems in coaching these with many people. It is very difficult to get someone to accelerate hard when using a near maximal weight. Additionally, the body has a preset idea of what needs to happen at the end of a movement to decelerate the limb from a safety perspective, but it can be short-circuited in a few ways:

The biggest problem when getting people to train for speed is getting them to understand that if you train anything less than at 100% of your speed potential you are in fact teaching your body to perform slower. For this reason the number of reps able to be performed is quite low and rest periods need to be lengthy – around 3-5 minutes to ensure ample recovery for another all out effort. This is not to be confused with the videos you often see on the Internet of fighters training just before a fight, trying to tie together the strength and speed built over many months prior to the fight.

The order of training is simple – build absolute strength first and foremost. It will have the biggest carryover to all of your other athletic qualities and help to injury-proof you. It has a profound effect on speed production and is far easier and safer to train for. The only caveat I’ll add is that sport skill will always trump strength skill unless you’re a competitive lifter. So don’t waste time in the gym when you should be out practicing your sport. A few simple heavy workouts per week will suffice.