Sprinting Biomechanics and the Myth of Triple Extension

The ‘push off’ theory of sprinting was disproved by science decades ago, so why are we still training it?

A very common notion in training athletes who want to improve speed that one must press into the ground. In fact, this is so engrained in how we train people that we never, ever question it. It is a method employed by a huge number of coaches and trainers when trying to increase speed. It seems to follow Newton’s 3rd law of motion, in that when one body exerts a force on another body, the second body experiences a force equal in magnitude in the opposite direction. Basically, if you press back and down into the floor, then you move forwards and up, sounds completely logical.

The problem here is that sprinting doesn’t work like that.

The Myth of Triple Extension in Sprinting

Science has dealt a fatal blow to the triple extension theory. The triple extension or push off simply does not occur. It has been observed since the 1980’s that, during sprinting, the extensor muscle groups of the lower extremities (gluteus maximus, quadriceps, gastrocnemius, etc.) associated with this so-called triple extension are silent during the period of the stance phase in which they are supposed to be active.1 The musculature of the leg has been observed using intramuscular and surface electromyographical (EMG) electrodes, and Figure 1 below displays a visual representation of muscle activity during running.

Fig. 1: Muscular activity during each phase of running. The darker the muscle, the more activity. Reproduced with permission from Dr. Mick Wilkinson and Lee Saxby.

The gastrocnemius (calf muscle) is active during the foot descent, foot contact, and mid-support phases, but appears to shut down shortly after plantar flexion begins, just after mid-support. It is likely that the gastrocnemius is active to aid in foot stability in preparation for ground contact, and to control dorsiflexion during the mid-support phase by eccentrically contracting. A mere 6° of ankle plantar flexion from an available 33° is caused by a concentric contraction; simply not enough to create forward locomotion.

The hamstrings are by nature a biaxial muscle, crossing the knee and hip, and therefore create movement at both. Both groups of hamstrings are largely identical in terms of activity.1 The hamstrings likely undergo an eccentric contraction to control the rapid hip flexion during the forward swing phase as well as rapid knee extension during foot descent and foot contact. This could also explain why hamstring eccentric strength training plays such an important role in reducing hamstring injury risk factors.2 A lack of eccentric strength appears such a strong indicator of hamstring injury that even age and previous injury risk factors are decreased with increases in hamstring eccentric strength.3

The gluteus maximus is assumed to play a vital role in sprinting, with most seeing this as a big part of the engine that drives us forward. Another blow to the triple extension or push off theory is that as the speed of running increases, the gluteus maximus shuts down earlier. The gluteus maximus is actually the first of the tested muscles to switch off on the stance leg after foot contact during sprinting. The magnitude of activity of the gluteus maximus increases during foot descent as the speed of running increases. It is therefore likely that the gluteus maximus controls the rapid hip flexion during the forward swing phase with an eccentric contraction, then a concentric contraction during the foot descent. In addition, it brings the pelvis back from a posterior tilt to neutral after the toe off phase. It should be noted that this control of torso angle during running is probably why humans have such highly developed gluteal muscles in comparison to other primates.4

By now, the lack of a ‘push off’ is clear from the scientific literature. The extensor muscle groups switch off well before any triple extension can increase linear speed. In addition, ground reaction forces again provide insufficient force to propel the body forwards.

So what exactly is the driving force behind sprinting or indeed any forward locomotion?

The mechanism behind locomotion is all around us. You have interacted with it every second of your life—unless you have a habit of leaving the atmosphere. It’s gravity. Gravity is the driving force behind locomotion, via a rotational movement. Stand a pen up on your desk, let go. It fell over, and its center of mass fell in a certain direction. A rotational movement using gravity. An oversimplification in which lies a problem: the higher the angle of forward lean, the faster the center of mass will accelerate towards the ground, causing constant-acceleration running. This of course is not possible, and will certainly involve the runner picking themselves up off the ground. 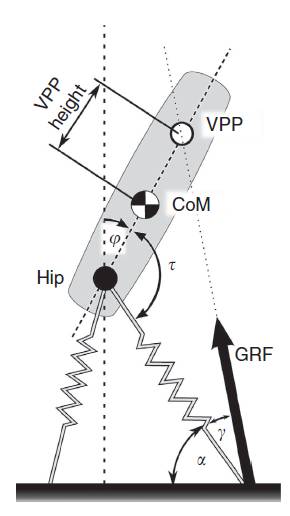 Fig. 3: A visualization of the virtual pivot point.5

What to Train Instead of Triple Extension

The research base provides evidence that sprint training involving triple extension drills by pressing into the ground may be ineffective due to a lack of push off phase in running. From muscle activity during varying speeds of sprinting, emphasis on rapid hip flexion from the psoas and iliacus should be placed as a priority. In addition, ankle complex training should mimic that which is observed during sprinting, i.e. to minimize vertical displacement of the center of mass and create joint stiffness. The ankle flexion angle changes only 8° in upon foot contact in sprinting, compared to 18° in jogging.1 Skipping with a rope could be such an activity.7 In addition, since eccentric contractions were observed in muscles previously thought to push off, ensuring eccentric strength, force absorption, and tendon elasticity is essential, using exercises such as Nordic hamstring curls, improving landing mechanics, and as previously mentioned, skipping with a rope.

Could your pre-race breakfast ruin your stride?

You Move as Well as You Eat: The LInk Between Food and Gait