Over the past ten years I have witnessed I huge rise in kettlebell training. When we were first exposed to this implement at my club, my team and I instantly liked the tool. I use the term tool because we believe the equipment is just an extension of the trainer, similar to a carpenter. The kettlebell is no doubt one of the best training implements in our Burn With Kearns tool box for explosive power, core strength, MMA conditioning and more.

In the beginning many of the kettlebell moves were adopted from yoga and martial arts moves to build more strength with this awesome tool. So of course, we bought our own set, which frankly was a little pricey at the time. Then one day I was putting a 5-gallon water jug in the water cooler and it idea hit me, “It has a handle and it’s unstable. Why not try this as a kettlebell?”

So we began to experiment with using the 5-gallon jug for a kettlebell. This is how the Burn with Kearns Jug Juggernaut was born. This is a fast-paced, kick butt workout that will have you wiped up in a matter of minutes. The other benefit is the real world nature of the exercise because of its instability. I have had many of our fighters try this and instantly love it. The real kicker is it won’t cost you an arm or leg to purchase a water jug.

Description: Grasp the handle tightly and bend your legs. Place the jug between your legs. As you explode up in a swinging motion, push off the ground. Raise the jug until it’s shoulder height and then return it to its original position. 10 reps for 3 sets is a real fun time.

Pro Tip: Push your heel into the ground as you explode up. 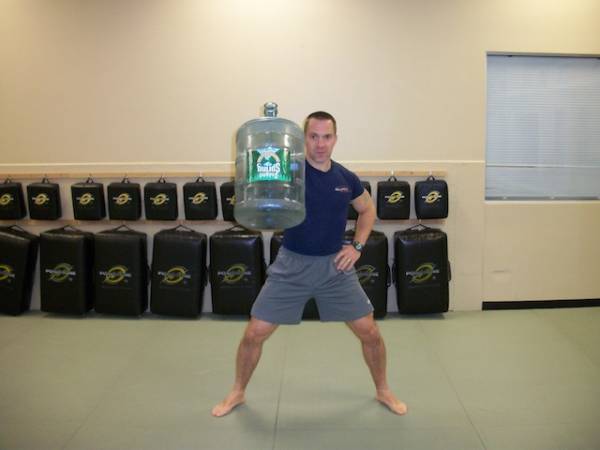 Description: Grasp the jug between both hands and squat down to the ground until the jug touches. Now as you stand up, bring the jug up to your chest level as you raise it over your head. 10 reps 3 sets is a party.

Pro Tip : Use your legs and back as a unit. 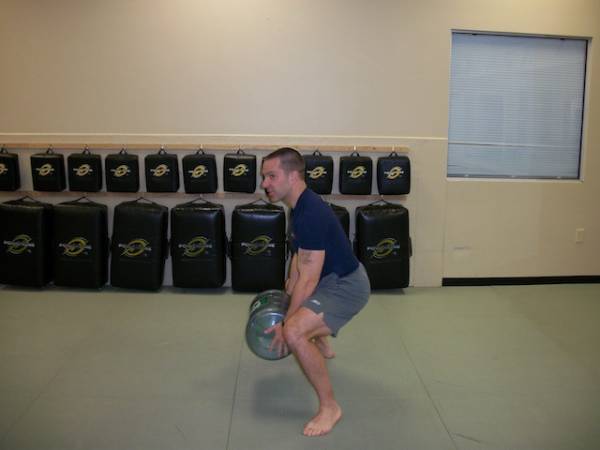 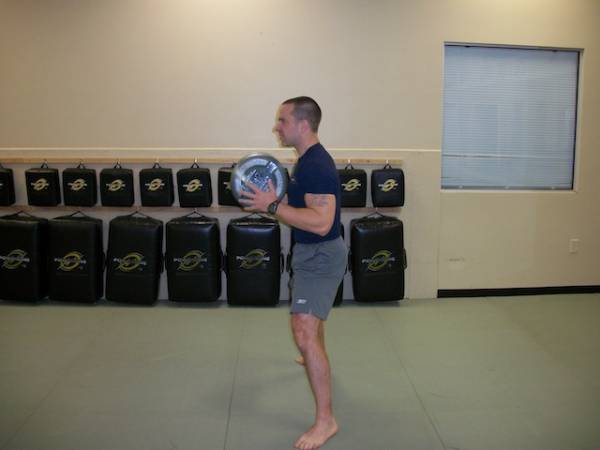 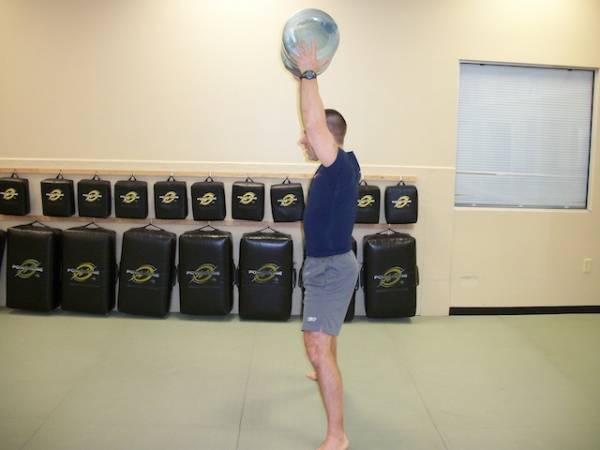 Description: Grasp the handle of the jug in one hand with your head up and your hips down. In one smooth motion explode up and straighten your arm up over your head as you throw the weight up. Return to original position. 5 to 10 reps on each side for 3 sets is great.

Pro tip: Be very mindful of your grip on the jug. 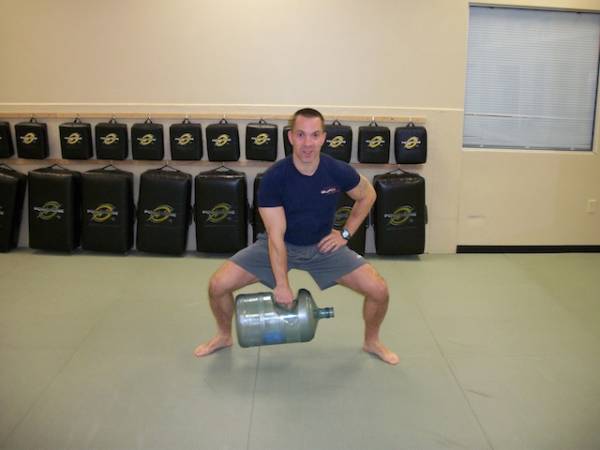 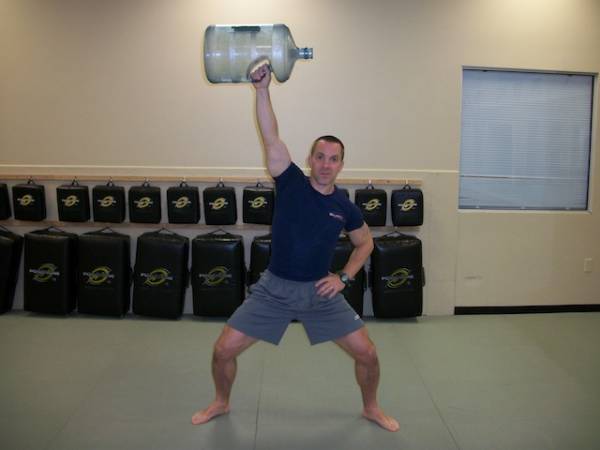 Description: Grasp the jug in both hands and squat down. As you explode up, toss the jug in the air and catch it as you squat down. Repeat for 10 reps 3 sets.

Pro tip: Keep the jug close to your body and make sure there are no breakable people around.

For over twenty five years, Kevin Kearns has been professionally involved in the fitness industry. He graduated from the University of Massachusetts, Boston, where he was trained by Dr. David Thomas. He is certified by the NSCA (National Strength and Conditioning Association) and is a Functional Movement Screen (FMS) Certified Specialist and a FreeMotion Master Trainer.

Coach Kearns has served as the strength and conditioning coach for professional Mixed Martial Arts (MMA) fighters including Alberto Crane, Marcus Davis, and Din Thomas. He also was the strength and conditioning coach for WEC fighter Alex Karalexis and Gracie Jiu-Jitsu Black Belt and MMA fighter Daniel Gracie. Kevin works closely with famed Muay Thai/MMA coach Mark DellaGrotte out of Sityodtong. Based on his experience in training UFC fighters, Coach Kearns was appointed the strength, conditioning and wellness coach for the Martial Arts University International (MAUI), an association of the top martial arts schools in the country.

Coach Kearns contributes to mmatraining.com. He writes a monthly column for Ultimate MMA Magazine and a weekly conditioning blog for the Boston Herald. Magazines such as Maxim, Fight, Inside Kung Fu and Men's Fitness have featured his work.