For years, in the world of American martial arts, there has existed the “red headed step child” of judo. In the 60s and 70s, judo was outranked by karate and kung fu, as those two arts were championed by the charismatic and film-friendly faces of Chuck Norris and Bruce Lee. In the 1980s, the ninja craze swept the nation, and in the 1990s, the UFC introduced MMA (Mixed Martial Arts) and BJJ (Brazilian Jiu-Jitsu) to the USA. And of course, there has always been the high kicking popularity of Taekwondo. But judo was always denigrated, either by strikers as being just grappling, or by grapplers who would complain of judo’s focus on throws.

With recent U.S. judo Olympic success, however, the sport has been making people take notice. In both 2008 and 2012, Americans medaled in judo, with Kayla Harrison winning the USA’s first gold medal in judo in London. Meanwhile the world of MMA has watched as Ronda Rousey has done her utmost to become the female MMA Ali. Winning all her fights by armbar in record time, talking a lot of trash, and getting naked in the ESPN magazine, Ronda is helping judo garner more attention than ever.

So maybe more of you want to train judo, but how do you get strong for judo? Articles and research in English books and magazines tend to be lacking in this department. Respected authors such as Bompa and others tend to overlook martial arts when discussing sports specific training templates, or give templates that focus on the striking arts. Some trainers have tried to counter this by using a wrestling template as a model (a good theory, since both are grappling arts), but judo in itself has its own challenges and needs.

In this five part article series, I will address the strength training needs of the judo player. In the first part, I will discuss the differences in the three main styles of judo player, and what elements are consistent for almost all judoka. In parts two through four, I will look at each of the three styles and provide workouts tailored for each one. Part five will include the most frequently asked questions in regards to the workouts.

Note: While there exists in the judo world many terms for the participants or techniques that are common such as tori, uke, kuzushi, etc. This series will address them in plain English for the trainer’s perspective, and for those who perhaps haven’t learned of the terms in their own training.

In any planning for an athlete, it pays dividends to take a look at the athlete themselves. This evaluation needs to look at not only the athlete’s body, but also their style and needs of their sport. For a sport such as football, this can be pretty cut and dried. After all, all wide receivers, whether they play slot back, split end, or flanker, have pretty much the same needs.

In judo however, a detailed look at the athlete’s style is necessary. Even within a weight class, or within a team, different athletes can have vastly different styles. While the various styles can be broken down into hundreds of sub-styles, for ease of understanding let’s describe three of the most common: the Turner, the Charger, and the Grappler. 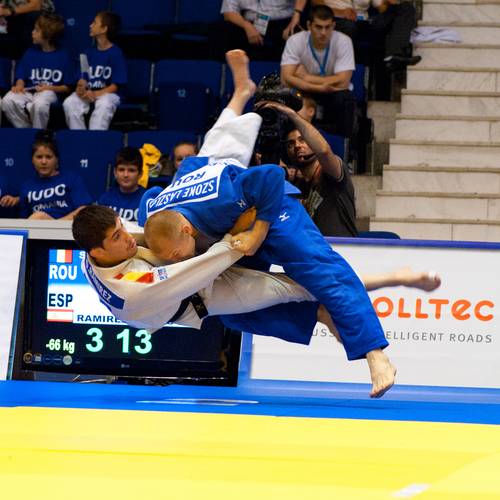 Consistencies Among All Styles of Judo

While the differences amongst the styles of judo players makes planning workouts challenging, there are certain things consistent amongst all players.

Cardiovascular fitness is an often-overlooked aspect of the judo-training curriculum. A quick perusal of the few news stories and articles discussing the physical aspects of judo reveals a focus more on strength and technique training. However, cardio is a very important element. An international rules match has a main period clock of five minutes, which is often stopped, as the referee will stand players up or as players drift out of bounds. If players are tied at the end of regulation, a three-minute sudden death “Golden Score” period is then immediately contested. With the stoppage for standups and out of bounds and others, an international level judo player must be ready to go for upwards of ten minutes per round. While lower level club players will often not have Golden Score to contend with, and shorter main periods, there is still a need for them to be able to engage in high energy demanding activity for five minutes at a time.

While the five to ten minute time frame seems short, when compared to other sports activities, the aerobic demands of judo are quite intense. The time involved is often greater than the time of an Olympic 1500 meter race, while the intensity of the activity is on par with any other grappling event. High tension and power moves are to be expected and performed at almost any moment.

In the realm of strength training, body parts that remain consistent in all styles of judo are the forearms and hands. Judo demands players pull and tug on each other’s jackets incessantly. With some throws depending on turning an opponent’s body using nothing more than a twist of the wrists, the demands on the grip are very high.

When looking at training cardio for judo, the coach needs to look at time, speed, and wear and tear on the athlete. The level of competition sets time and speed for the athlete. Looking at a decent level local player, they need to be able to do five to seven minutes of frequent high intensity bursts. Wear and tear is another issue, one that will pervade all aspects of training. While one of the best ways to train for judo competition is to simply hit the mat, not everyone has the body to withstand dozens of hard falls each day without something getting knocked out of whack. In addition, judo requires at least one willing partner who is able to absorb the same, if not more, punishment from the player. 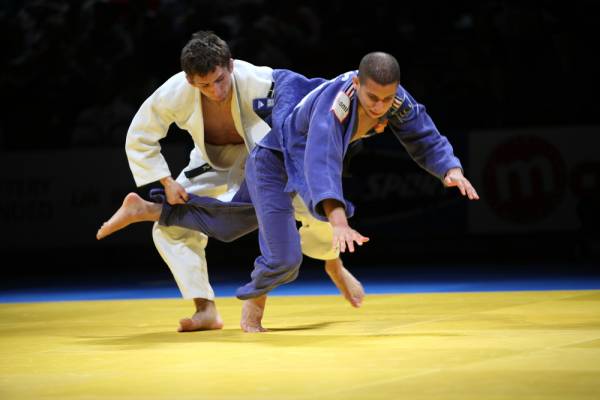 For those without the access to a partner frequently enough, or who don’t have the ability to withstand the punishment themselves, other means of cardio must be employed. I recommend heavy bag punching, bicycling, and jump rope. Heavy bag work is great because timing is easy, the movement is whole body, and it plays to the combative nature of most judo players. On the other hand, cycling is useful due to the low impact nature (finding a judo player without some ache or pain in a joint is like finding a flawless diamond: rare, but precious). Also, (outdoor) bicycling is great because of the varying nature of intensity, just by changing gears or going up or down a hill. Finally jump rope is a good alternative for any with space constraints, weather constraints, or anyone who wants to put in their Rocky soundtrack CD when they train.

A sample cardio program for a local or high school level player who isn’t ready for Nationals yet would look similar to this as they train for a competition (assumption being two times a week of judo practice):

Issues for the coach to consider are:

As stated above, judo players will often live or die by their grips. When looking at the different types of grip strength used in judo, two types will mainly come into play: crushing and static.

While grip training is consistently needed in judo, training grip is not complicated. Again, judo training itself will work on grip strength, with outside training being needed only once or twice a week to help add new upper limit strength to the grip. 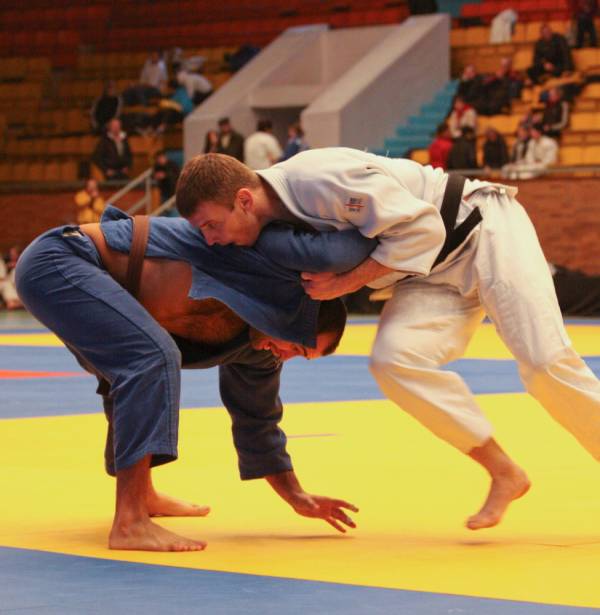 In either case, crushing or static strength, two exercises stand as easy to implement and easy to train. First, the gripper. Whether it be a lower cost model from a local Wal-Mart or a high quality gripper such as a Captains of Crush, grippers have the advantage of being cheap and portable. The other exercises often done in the weight room are wrist curls and barbell holds. Wrist curls, especially if the bar rolls almost all the way to the ends of the fingers, will work crushing strength, while heavy bar holds will work on static strength. Heavy bar holds are also easy to incorporate into existing back workouts. Simply have the athlete hold the bar after a set of rows or deadlifts for a set amount of time.

This workout would be short, and easily done within ten minutes at the end of a workout. It can even be incorporated into the workout itself, when the athlete is doing exercises not requiring grip strength, such as core work or stretching.

There you have it. In the next part of the series, I will look at the specific requirements, and a few sample workouts, for the first of the judo athlete types: The Turner. From there we will continue through the different styles of judo players. The fifth part in the series will answer some frequently asked questions regarding the training plans. Please note that some of the questions will apply amongst all of the programs.