Super Sets: What They Are and 4 Ways to Do Them

Joe Weider was the founder of bodybuilding as we know it today. He also created the “Super Set Principle,” and think what you want about bodybuilding, but these are great for building strength.

Back in the day I believed that Joe Weider invented weight lifting. For people who don’t know who Joe Weider is, shame on you, because as much as he was a modern day P.T. Barnum, he was also the guy who essentially created bodybuilding in the form we know it today.

When I was about thirteen, I asked for Joe Weider’s Bodybuilding System as a birthday present. I still think it was one of the best presents I ever received. Inside it had a book with many programs, descriptions of exercises, diet advice, and other information, as well as containing a few poster-sized charts with workout plans and pictures of all the exercises.

One of the things ol’ Joe did that was very clever was to brand everything in the world of iron as his. He came up with a bunch of principles and named them the Weider Principles. Among them were gems like the Weider Continuous Tension Principle, the Weider Super Slow Principle, and the Weider Super Set Principle. (There were literally hundreds of these he claimed ownership of, so these are just a few.)

But it’s the super set principle I want to speak about. I originally became interested in them because one of my early idols, Robby Robinson (aka “The Black Prince”), seemed to have many workouts using them. For people who don’t know, a super set is simply two exercises paired together. And this is where the confusion starts for many, because there are many ways to super set exercises, not just one hard and fast method. So here are a few ways to put super sets together that I really like:

While the Black Prince was the first one to cue me onto these, it wasn’t until I started getting more into strength training and found Ian King and Charles Poliquin that I saw how good these were. The theory is simple. Blood flow to the working muscle is increased between sets by stressing another proximal muscle group. Examples are chest and back, quads and hamstrings, and biceps and triceps.

I know what you’re thinking now – that sounds suspiciously like bodybuilding training. While it’s true these workouts can be a tremendous hypertrophy training method, there’s nothing wrong with a little size work every now and then. I’d also argue that five sets of heavy bench press and weighted chins are also effective as a strength session, as are front squats and Romanian deadlifts.

One of the things to keep in mind is that super sets aren’t done for time. There is no rule that says you need to move as fast as possible from one exercise to the next and complete the entire thing as quickly as possible.

Here’s a good full body super set session, using both the pairs I just spoke about:

Rest two minutes between each set. So you’ll do a set of 1A, rest two minutes, then a set of 1B, rest before returning to 1A to do your reps, and then repeat the process until all sets and reps of these are done. Increase weight on each set, as reps go down, weight goes up.

Perform these in the same manner as you did for the first series. Do a set of front squats, rest two minutes and then do a set of Romanian deadlifts. Rest again and then go back to front squats. Add weight each set so the final set of each is near your limit.

These super sets really are a great hypertrophy method. As opposed to the last method where the goal was to increase recovery and allow you to lift more weight, by targeting opposing muscle groups, this method is a full on frontal assault on a single muscle group. I like to use these to attack different movements the same muscle is capable of. For instance, you could do hamstring curls and Romanian deadlifts for the hamstrings, attacking both the knee flexion and hip extension capabilities of the hamstrings. 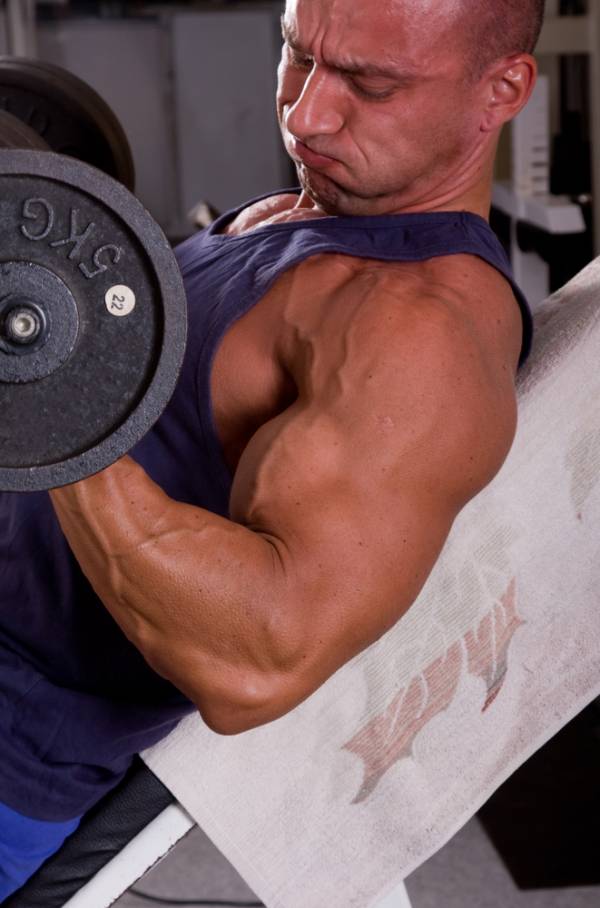 Unlike the previous version, when doing agonist super sets you may want to deliberately minimize rest between exercises so the muscle gets worked harder. If we’re after hypertrophy, then we need to exhaust the muscle far more than when we’re training for strength (which rewards staying fresh).

Here’s how this might look for an arm session:

Minimize rest between sets, but then rest two minutes between finishing 1B and returning to 1A. The weight selected for 1A should allow you to get no more than eight reps on the first set, and the weight for 1B should allow you to get no more than six on the first set. This super set targets two of three arm positions for bicep work (elbow behind, next to, or in front of the body, for reference), as well as two of three possible hand positions (pronated, supinated, or hammer are the possibilities here) and works from the weakest position to a relatively stronger one, allowing you to continue the work (and pumping those guns).

Perform these as you did for 1A and 1B, minimizing the rest between them, but then resting two minutes before starting the next round. This super set again goes from a

relatively weaker exercise to a stronger one allowing you to work that little bit extra. 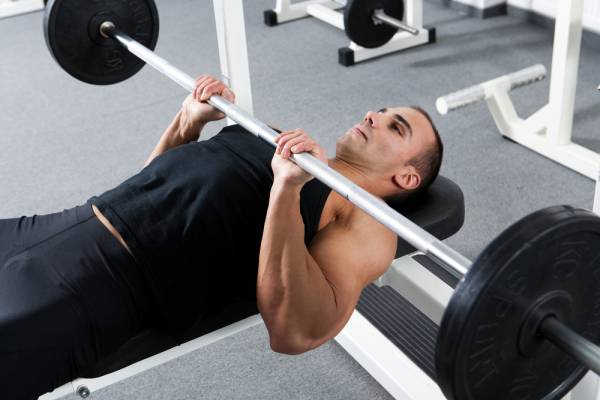 But there are other ways to create super sets beyond these two most common ones. Another favorite of mine is a non-competing super set. This works really well if you’re limited on time and want to hit as much as possible in the gym. Good combinations for this include a lower body push and an upper body pull, or vice versa. Examples include:

Perform four to five sets of each, resting three minutes between each exercise. This will get you a solid full body session in thirty minutes.

Another great way to pair exercises together is by having a strength exercise with a mobility or corrective exercise. Examples are:

We actually run all Monday sessions at my gym as mobility specific and this is exactly how we do them. We use three sets of each pair before moving onto another pair, with the entire workout being five to six sets of mobility work plus an exercise.

Give some of these a try in your training. Super sets are a great way to get more done in the same time in the gym, can be an excellent hypertrophy and strength-based method, and can also be used for mobility, too.