Take Nothing for Granted: 9/11, CrossFit, and Breath

When your breathing gets the hardest, when you are clamoring for breath, dig deep and go a little harder.

The importance of breathing need hardly be stressed. It provides the oxygen for the metabolic processes; literally it supports the fires of life. But breath as “pneuma” is also the spirit or soul. We live in an ocean of air like fish in a body of water. By our breathing we are attuned to our atmosphere. If we inhibit our breathing we isolate ourselves from the medium in which we exist. In all Oriental and mystic philosophies, the breath holds the secret to the highest bliss.

– Alexander Lowen, The Voice of the Body

This Is a Story About Breath

As CrossFitters, we all know that moment in a lung-burner where you begin to sense the feeling of panic. It’s that moment when your lungs can no longer keep up with the demands of oxygen needed by your muscles to continue working, and as a result, your chest tightens, your breath becomes frantic, your lungs start to burn, and your mind demands that you stop.

Sometimes you do stop – and sometimes you don’t. Sometimes, if you’re fighting for a personal record, are in the middle of competition, or are training for something that demands significant cardiorespiratory efficiency, you embrace that “suck” and go through the wormhole. And it hurts.

Then, relief. The workout ends, you crumble to a heap on the floor, gasping, but recovering. Your heart rate slows, your breath returns, and the burn subsides. Ultimately, you get up and go about your day.

Breath – the ability to simply inhale, take in the necessary O2 mixture, process it as fuel, and expel it as CO2 – is a miracle of evolution. Our bodies are finely tuned machines that have simply flipped the involuntary “on” switch and will continue to do this, effortlessly, until we die.

The Lingering Impact of the 9/11 Attacks

On Tuesday, September 11, 2011, the World Trade Center towers fell. When they did, the city was enveloped on a cloud of toxic dust. The dust cloud swept as far north as Houston Street in Manhattan, some thirty blocks from Ground Zero, to a mile east, well into Brooklyn. First responders, volunteers, and medical personnel converged on the site seeking to provide whatever assistance they could, many without proper respiration equipment. Local residents, including children, were also exposed. 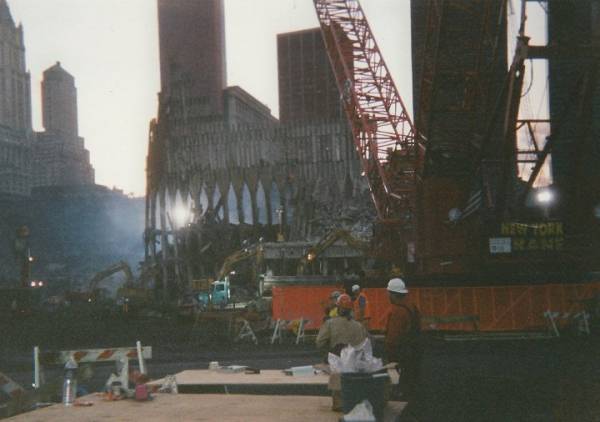 As a result, millions of people inhaled a toxic mixture of dust, cinder, fuel, asbestos, heavy metals such as lead, dioxins from burning plastic, cement, PCBs, you name it. If you lived, worked, or were present anywhere near Ground Zero, you inhaled it.

Over the course of the following year and beyond, people who were exposed to the cloud began to experience respiratory problems. Chronic coughing, asthma, COPD, shortness of breath, and more. A quick visit to the CDC’s World Trade Center Health Program page will reveal that not only were recovery personnel affected, but everyday citizens who lived and worked nearby. Tens of thousands, to this day, are sick and dying, and there appears to be no end in sight to the manifestation of illnesses.

Overcoming, One WOD at a Time

Lisa Demetriou (pictured below), co-owner of Spartan Performance in Holbrook, New York, was there on 9/11. A former NYPD detective, Lisa participated in the cleanup at Ground Zero for two months, and as a result, suffers from reactive airway disease (RAD).

Lisa was a fit, healthy woman before 9/11, a personal trainer, triathlete, and runner. But within a short time after her exposure to the toxic air at Ground Zero, she began to experience shortness of breath. She noticed that taking a deep breath was labored. She had chronic sore throat, strep, and bronchitis at a frequency she had never before. 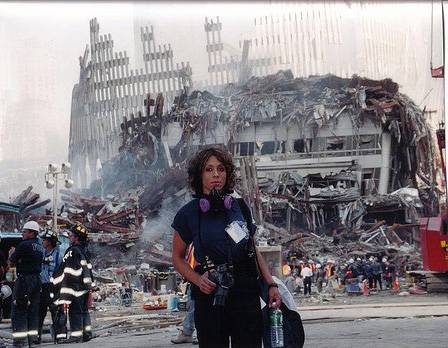 Her doctors diagnosed RAD, for which she continues to take medications. Despite that, she found and became active in CrossFit, eventually becoming a trainer and opening her own box, Spartan Performance (CrossFit Suffolk). She found that CrossFit gave her new ways to attack the breathing difficulty head on. She continues to excel, albeit with constant management.

Lisa has good days and bad – and every day wakes up wondering, “Will this be a good breathing day?” Imagine, something that you and I take for granted is something others have to face every day as part of some unfair, cosmic negotiation.

One of Lisa’s athletes is Justin Scanlon. Also a former NYPD officer who spent months in support, perimeter security, and cleanup at the site. He, too, was a healthy and fit individual who began to suffer from chronic breathing issues, asthma, COPD, and more following his exposure. Justin found Lisa and CrossFit Suffolk and started his path to recovery. Because of the respiratory issues, Justin’s “pre-workout supplement” is two puffs from an emergency inhaler to open up his bronchial tubes to allow him to breath during workouts.

In addition, Justin is on a battery of medicines that will be with him for life. Despite these respiratory obstacles, Lisa, Justin and those like them press on and WOD, even noticing that the constant challenge to their lungs has actually helped them breathe better. 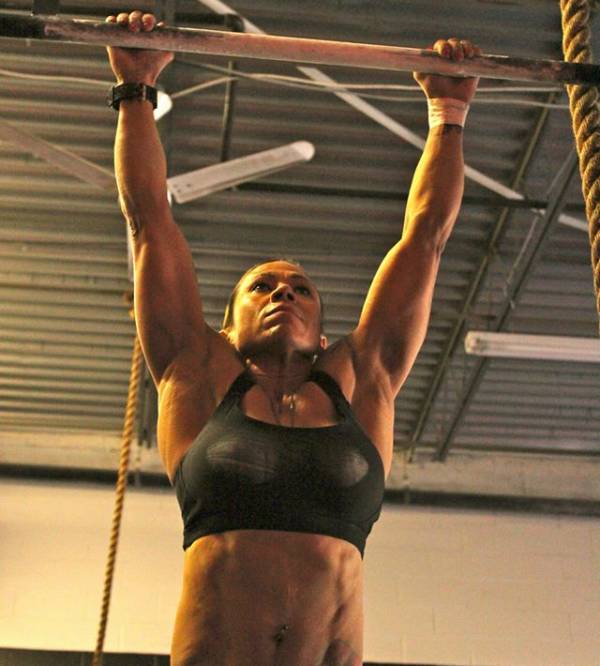 There are few things as underappreciated as a breath. We do it while we’re happy, idle, fighting, driving, angry, sleeping, eating, singing, recreating, or working out. And most days, we simply don’t give it a thought.

But, like your heartbeat or your eyesight, these biological miracles that have been engineered over millions of years of evolution to work without thought or effort can be taken away without notice or fanfare. Unfortunately, respiratory issues arising from the 9/11 attacks are just the tip of the health-crisis iceberg that will follow. And there are those for whom health-related issues stemming from 9/11 haven’t even manifested yet.

CrossFit is a huge culture of tribute WODs and hero WODs, benefit workouts and fundraiser workouts. Perhaps, in a small way, you can pay tribute to the 9/11 responders by choosing, for just a short period of time, to put yourself in their shoes during a workout. When your breathing gets the hardest, when you are clamoring for breath, dig deep and go a little harder rather than grabbing knees. For one brief moment in time, allow yourself to walk alongside people like Lisa Demetriou and Justin Scanlon and tell them, “Thank you for your service.”