Georges Hébert was a groundbreaking physical educator from France in the first half of the 20th century, whose influence on the art and science of human movement is still felt today. “Be strong to be useful” was his ethos for training, and that notion has regained popularity over the last decade.

Few people exemplify those words better than Michael McCastle. Michael’s strength is the stuff of legend. He set a world record for pull ups in 24 hours, while wearing a 30lb pack. He ran a 50k wearing a 40lb vest. And right now, he’s in the thick of another superhuman effort: running 20 miles every day for 100 days.

But Michael isn’t satisfied to be strong for himself, or for his own glory. He takes on these herculean tasks as part of his 12 Labors Project, which turns his physical efforts into philanthropic ones. His epic achievements have allowed him to raise money for children’s cancer research, wounded veterans, Parkinson’s disease research, and veterans suicide prevention.

We dive into what goes through his head when he’s taking on these challenges, why worry is just a habit that’s out of control, and what he means when he says that there is no failure, only feedback. If you’re looking for an interview that will leave you motivated and inspired, this is the one.

If you want to join Michael in his effort to help end veteran suicide, head on over to his GoFundMe page. 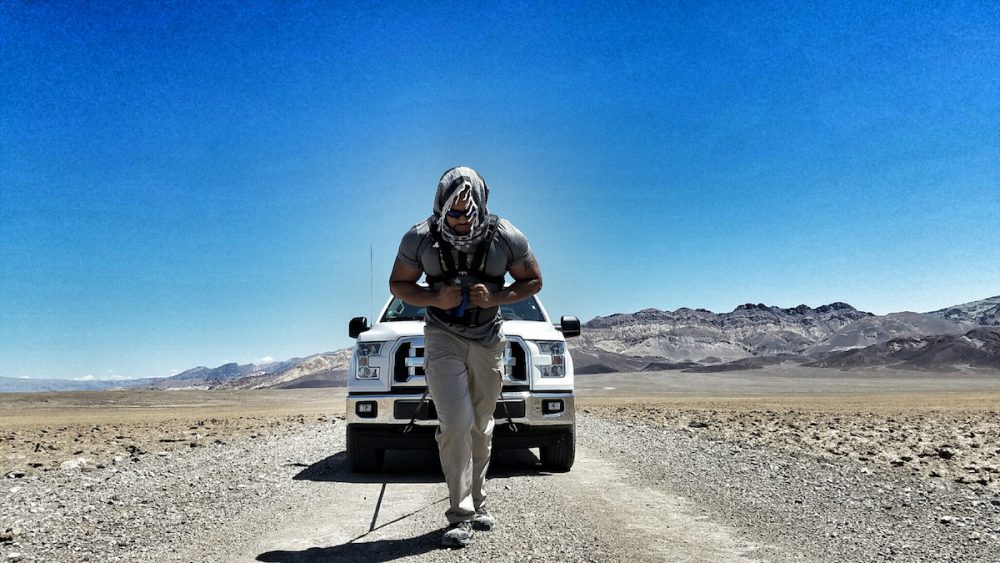