I remember when I was a little kid I spent a lot of time putting together jigsaw puzzles with my family. On one particular occasion I remember we were right near the end of a five thousand piece puzzle and we realized we had lost a piece. Literally a month’s work gone to waste over one tiny little piece of cardboard. Needless to say I was not impressed, even then, at having wasted my time. Luckily my mother kept her head and found the piece under the table, and we managed to finish whatever it was that we were making. I can’t even honestly remember the puzzle, only the sense of utter frustration I felt at having wasted my time. It wasn’t even the lack of completion. It was the waste of time.

These days I watch many struggle in their fitness quests and I feel the same way for them. They’re just thrashing about, getting sweaty, but ultimately wasting their time – all because one piece of the puzzle is missing.

The real problem is that unlike the jigsaw there is not one exact thing missing that can fix all these people’s problems. Many seek to begin again with a new program when they fail to see the kind of results they’re hoping for, but in most cases they’d be better off just looking for that missing element so they can just perfect the picture they’ve built thus far and finish it off right.

Here are the three most common missing pieces:

1. You’re not actually doing the program.

Look, if you’re doing a program then do the damn program. If it says to train three days per week and you do four, or two, or any other number that isn’t three, you’re not doing the program. I often see people post comments such as, “I’m doing ROP (Rites of Passage, a famous kettlebell workout) and I’m doing squats after each session like in 5/3/1 plus sled work on the off days for active rest but I’m not getting anywhere, what am I doing wrong?”

Well, the biggest thing you’re doing wrong is not following the damn plan.

I had a client once who was following a workout plan I gave him to get in shape for beach volleyball season. Things were going smoothly until he contacted me about three months after he started asking for a new plan. I asked what was wrong with the plan he’d been following and he said had lost strength. That seemed odd, so I asked him some questions. What came out was that what he meant to say was, “That plan you gave me was great for about a month, and then I got bored and stopped doing it. I haven’t done anything for two months since and I’ve lost strength because of it.”

I’ll just wait for that to sink in. He blamed the plan he hadn’t been doing for losing strength, but what he should have blamed was not following the plan.

I also got blamed recently for someone feeling like he lost some of his abilities because of me. Funnily, that person hasn’t trained with us for over a year. There we go again with a lack of results from a program that isn’t being followed.

Years ago in Australia there was a band called Not Drowning, Waving. They’re not really famous for anything in my mind other than the name of their band, which has always stuck in my head. Music has nothing at all to do with this particular item, but the name shows how things can be misinterpreted. There’s a big difference between waving to someone to say hello and waving to get someone’s attention so they can save you from drowning. 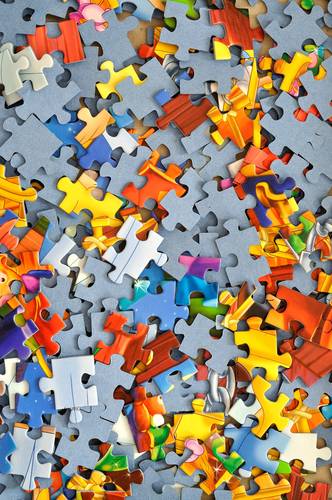 Most people’s bodies are likely doing the latter – trying desperately to signal that they’re in dire need of assistance before something goes pop. The problem is usually a person’s effort to train hard all the time. Funnily enough, waving has a lot to do with recovery too in this sense, meaning we should look to have hard and easy sessions, even of the exact same type of training, within a week.

Let’s say you want to get better at a certain physical skill. It doesn’t even matter what it is, but let’s say running as an example. You may have had a hard, long run over the weekend and your legs are tired. But to get better at the skill you need to perform the skill often, so you do need to run before you’re fully recovered. Do you need to go do the same session again immediately or can you still improve your skill by having a shorter, easier run?

The answer is obvious: you go out for a short, easy run and wake up Tuesday feeling fresh and ready to train hard again. This simple method of periodization – flowing from hard to easy and back to hard – is a simple way to moderate your training and make sure you recover enough.

The missing link for many is that they miss the warning signs of impending doom by thinking the body is just waving to say hello. No, that pain you get in your shoulders when you try to sleep on your stomach at night is not normal and you need to address it by laying off the pressing for a while. If every time you do something your back gets knotted up and hurts for days afterwards, you need to pay attention to that too. Depending on the activity you may only get one chance to avoid your body going too deep and “drowning” before you require surgery.

It may seem to go against everything I just wrote, but sometimes the problem is you. And the older you get the worse this is – we get comfortable when as we age and can afford nicer things, and sometimes that makes it hard for us to push ourselves hard when we should.

The body is a homeostatic organism. The human body is one of the laziest pieces of machinery around if you let it be. It will always choose to do less work, not more, becoming better adapted to what it is doing so that it requires less effort to do the same thing the next time. So if you want to make massive changes it’s going to require massive effort.

The same thing goes for searching for those missing pieces. Exercise really isn’t complicated. I was speaking with a new friend last night who is an amazing example of what a lifetime of fitness does for you. This gentleman is 65 years old and has had a double hip replacement. I watched him easily pass the Century Test for Dragon Door’s new Progressive Calisthenics Certification (which is 40 squats, 30 push ups, 20 hanging knee raises and 10 pull ups, each exercise done unbroken). Any guy that age who can do 10 pull-ups has got my attention. What he said to me was that he realized that movement was his job and that just like his job he needed to work at it daily. He eats very simply – nothing in packets or boxes – and eats organic as much as possible (although we just joked and said that when we were kids we simply called that ‘food’). That’s as simple as it gets – work at moving often and not eating crap. 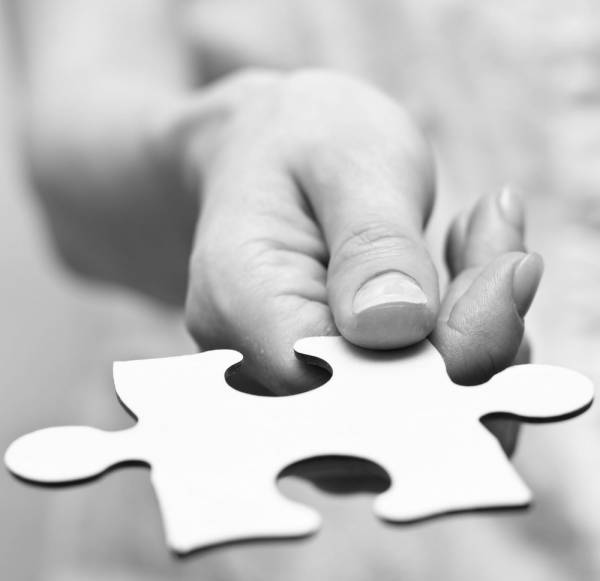 But like my friend Dan John told me the week before, “Making things simple is incredibly complicated.” In fact, Dan told me that some of the things he is best known for took him years to figure out how to explain simply – so simply that many mistake his genius at demystifying the complex as describing something that actually is simple. After listening to Dan un-jumble the thoughts in your own head, people tend to think, “Well duh, obviously.” They completely fail to realize that this one thing had, in fact, not been obvious at all to until ten seconds ago when he managed to put it all into a single sentence of small words.

These things all take effort. Perhaps it’s refusing to go to social occasions where you know bad food and too much alcohol will be offered, or even just saying no to a late night. Perhaps it’s a choice to pull on your sneakers and head out the door after a bad day, rather than sit on the couch. Staying at rest is easy. It’s staying moving that is hard. Sometimes we forget that we need to work at aspects of our lives and not just work at work. Spending some more effort on how we approach things will bring bigger dividends than simply trying to work more. That non-stop effort at refining my entire life to bring big results is one of my personal biggest enjoyments – that feeling of a square peg finally sliding effortlessly into a square hole. At other times we need to work to restrain ourselves from doing too much and risking injury or burn out.

A lifetime of fitness and health is a lifetime of hard choices and effort. There will be no easy days, as even on the easy training days you’ll still make hard choices about what to eat. Don’t be tempted to throw away a solid plan in search of complexity. Stick to basics, but seek the missing pieces that allow you to refine it and see the bigger picture more clearly.