It’s Saturday morning. You wake up early because the nerves make it difficult to sleep. You check your bag to make sure you have everything you need. Your gi is clean and your water and belt are packed, along with everything else you might require to make tournament day run smoothly.

You have done everything. You’ve trained hard and have been on fire in the gym. But, despite all the training, you just don’t feel physically ready to compete. Your legs feel tired and you’ve been in a bad mood all week.

And now it’s game day. Where did your preparation go wrong?

The mistake you made is the same one many competitors make. You did not properly taper your training. Your goal is to peak at your tournament, not in the gym the week before. Tapering gives your body the chance to fully recover from all the hard training you have been doing leading up to the tournament.

Tapering before a tournament is the most important and difficult phase of training. But it doesn’t have to be a mystery as to whether it will be successful, as long as you have a plan to follow. To perform your best, your plan needs to build a base, adjust your training, and refine your nutrition.

Before getting into the specifics of peaking for a tournament, you need to understand five basic rules when it comes to peaking.

Peaking starts months before a tournament by building a big base. Many grapplers overlook the importance of general physical preparedness (GPP). The more GPP you have, the bigger engine you have created. GPP exercises are general without specific movement patterns that mimic your sport. Pull ups are an example of a GPP exercise. Pull ups using a gi are an example of specific physical preparedness (SPP).

“If your opponent cannot keep up with you, then he or she will be using more energy than planned and get tired sooner (and before you do). Starting your taper taper with a high level of general fitness will give you the edge in competition.”

Most grapplers spend a majority of their time on SPP. But building a big GPP base allows your peaks to be higher. The goal is to have your pace in the tournament be higher than your opponent’s. If your opponent cannot keep up with you, then he or she will be using more energy than planned and get tired sooner (and before you do). Starting your taper taper with a high level of general fitness will give you the edge in competition.

2. Only Peak for Your Main Tournaments

BJJ has no off-season. Most sports have a traditional cycle – pre-season, season, off-season. But in BJJ, you may compete year round, and it is impossible to peak every weekend for the entire year.

Instead of trying to peak for every tournament, just peak for the most important tournaments to you. The rest of the time, compete in whatever events you want, but don’t worry about adjusting your training. This approach allows you to spend more time building that precious GPP. 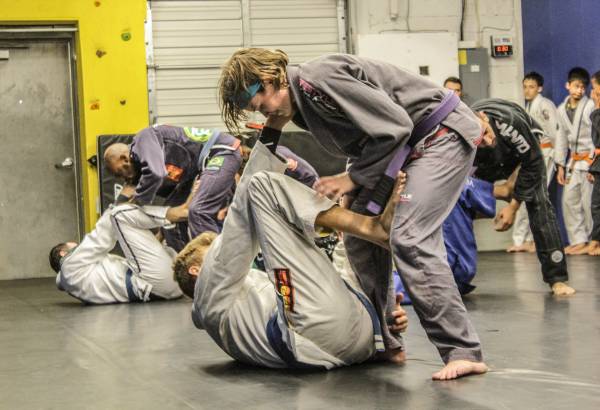 3. Reduce Volume and Increase Intensity Four to Six Weeks Out

The last weeks before a tournament require careful planning. It is easy to overdo it during this time. You feel like you have to train hard all the time out of a fear you are not going to be ready to compete. But that mentality is what leaves competitors flat on tournament day. Of course you have to work hard. But that last month or so it’s more important that you work smart.

“The goal is to train less but with higher intensity. You want your training sessions short and intense.”

Four to six weeks before your tournament, start to reduce your training volume. Volume is the amount of work being done. There are many ways to reduce volume:

There are many options to choose from, so make the best choice for your current training program.

At the same time volume is reduced, intensity should go up. Intensity is the effort you put in during your training sessions. The goal is to train less but with higher intensity. You want your training sessions short and intense. This adjustment should be made to your BJJ training and your off-the-mat strength and conditioning training.

The last two weeks before a tournament you need to some make additional adjustments. Volume should be further reduced, but intensity kept high. At this point, strength and conditioning session should be no more than two sessions for the week, lasting only twenty minutes each.

At two weeks out, small adjustments to your BJJ training are required. You can still drill hard, but you should limit the amount. Rolling can be done at a lighter pace to keep movement and timing. These adjustments are mostly made to reduce injury risk from sparring. A good rule of thumb during this time period is two or three twenty-minute sessions per week.

“You have trained for months leading up to your tournament, but starting four to six weeks out the hard work should be done. It’s time to put that work on display.”

The final week, all of your off-the-mat training sessions should be done by Tuesday, assuming most tournaments happen on Saturday. If you are competing on a different day allow three days of rest before your competition. Two technical BJJ training sessions will be more than enough.

For the remainder of the week, rest and do light movement such as walking or slow technical drills with a training partner who will not give you too much resistance. These sessions should be thirty minutes or less. Allow for one day of complete rest on Friday before the tournament. 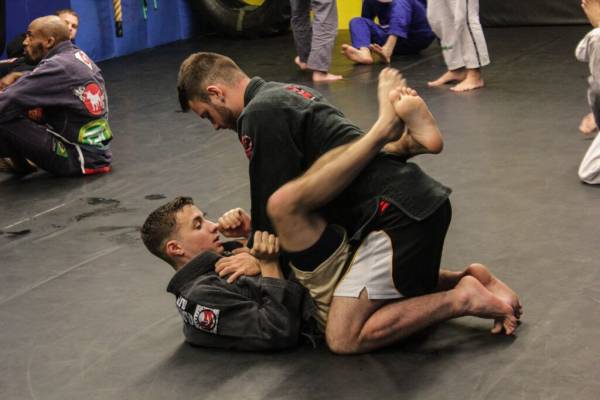 When you are training for a tournament, you do not want to change anything when it comes to the type of foods you are eating. The only adjustment that may need to be made is cutting back on the amount of food eaten depending on your weight class and your weight leading up to the tournament.

“Play around with what works for you, but keep in mind you need to perform. Too many competitors make dramatic changes to their nutrition before a tournament – to the detriment of their performance.”

Try to keep your water intake high. Many competitors who need to make weight reduce water intake. This works, but can have a dramatic effect on performance.

Play around with what works for you, but keep in mind you need to perform. Too many competitors make dramatic changes to their nutrition before a tournament – to the detriment of their performance. The best bet is to stick to what is working or has worked in the past. 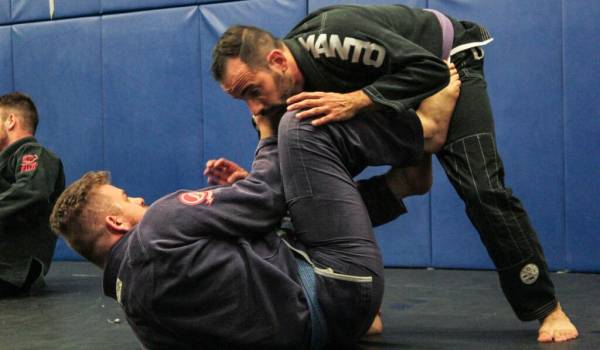 Do not leave your best efforts in the gym. You have trained for months leading up to your tournament, but starting four to six weeks out the hard work should be done. It’s time to put that work on display. By following a program to help you peak, your performance on tournament day will truly reflect all the hard work you have done.