The Beauty of Suffering in Kettlebell Sport

I may not be the strongest or the most technical lifter on the platform, but I will suffer. And I’d rather die than put the bells down.

I fell in love with suffering when I found cycling. It was my first introduction to endurance sports and I dove head first into the training, the spandex, and the shaved legs. During those long, agonizing hours on the bike, skin salty and sunburned, eyes weary from the wind and the glare from the road, you begin to ask yourself, “How long can I possibly keep this up?”

One voice whispers, “Stop. Quit. Go home. You don’t have anything to prove.”

Then the other says, “Just a little farther. Keep going. Keep pedaling. You can take it. Just a little more.”

Your body wants to stop, to rest – but you keep pushing towards the edge. You prolong the suffering just a little longer.

Suffering Is the Real Endurance Sport

Cycling as a sport has always fascinated me. It’s not always the fastest sprinter or the strongest hill climber who wins the grand tours. Rather, the rider wearing the yellow jersey and sipping champagne on the Champs-Élysées is the one who was able to fight through the pain and fatigue greater than the others for the entirety of the race.

It’s a concept I’ve been revisiting in the context of kettlebell sport – a test of strength endurance in which athletes lift for ten minutes straight. I had always placed too much value in the strength portion. At 165 pounds, lifting two seventy-pound kettlebells is about 85% of my bodyweight. So I thought I needed to be strong and powerful to succeed. But now I’m truly beginning to understand that kettlebell sport really is more of an endurance sport than anything else. 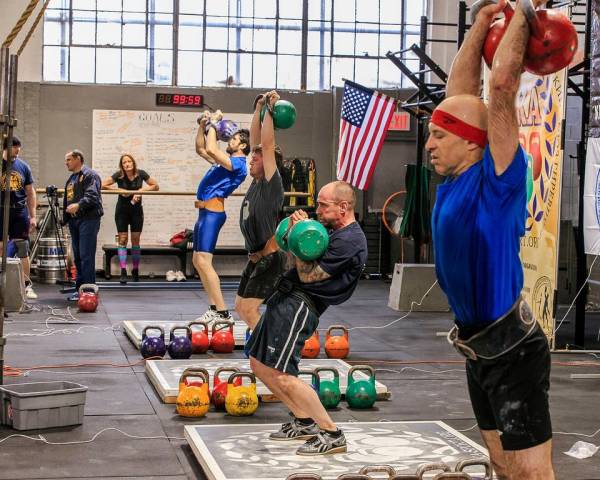 The Secret to Success at Cyclic Sports

This shift was completely reinforced by my interaction with visiting coaches and athletes from Russia and Kazakhstan a few months ago. They, more than anything else, consider themselves endurance athletes. In fact, endurance training is more than just a form of cardio for their kettlebell training, it’s a passion.

Ivan Denisov (absolute record holder in every discipline) runs marathons, Yevgeney Goncharov is quite the accomplished cyclist, and Aleksander Khvostov does a thousand burpees for a workout (okay, not necessarily a traditional endurance sport, but still plenty of suffering involved). This kind of training is beyond what’s required for most; yet, they still put in the long, agonizing hours out of pure love of suffering.

In these cyclic sports, it’s all about finding little moments of relaxation – not power, speed, or strength. Yes, these elements are important, but not as important as learning to feel comfortable holding two seventy-pound kettlebells over your head for the sixtieth repetition. It’s about being able to flip the switch between tension and relaxation within the blink of an eye. Even an extra second too long of tension is too much. Over sixty reps, that’s an entire minute in wasted strain. 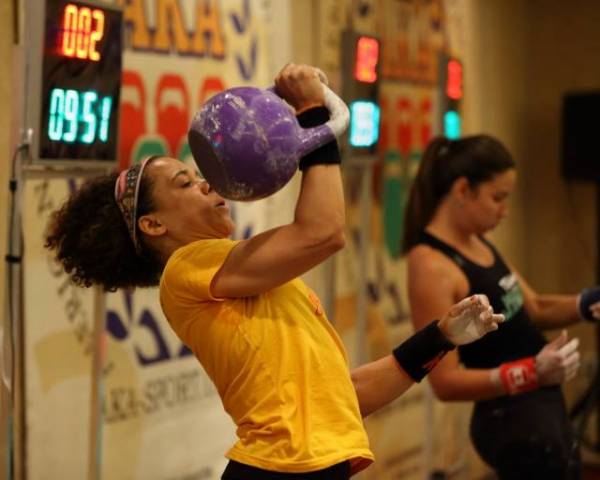 The Beauty of the Ten Minutes

To me, kettlebell sport will always be about the ten minutes. When I first started, I caught onto this idea that it was more important to endure the time, to go the full distance, than it was to hit the same number of reps and stop the set early. I think for beginners especially, the first goal shouldn’t be the reps, but the time. Because something happens to you during those last two minutes, where the whispers begging you to stop have turned into deafening cries. In these final two minutes your true character is revealed.

I’d rather miss ten reps in a row and hit my head each time, than quit. I may not be the strongest or the most technical lifter on the platform, but I will suffer. And I’d rather die than put the bells down before that clock runs out.