I’ve always had a fierce competitive streak, even before I found sports. I always competed. In grade school it was the citywide spelling bee. In high school it was performing in Solo & Ensemble. In college it was winning academic scholarships. Heck, I even managed to compete in tai chi when I started studying that. And I don’t mean push hands, I mean Yang style – like you see old people do in the park. If I did something, I found a way to compete at it.

Whenever I picked up a new endeavor, be it martial arts, indoor rowing, CrossFit, or fencing, it was simply a matter of time before my instructor said to me, “So you want to compete, right?” I must have exuded it, because they all knew it.

And although competing came naturally to me, doing it productively did not. I cried for days after losing my last spelling bee, I performed my solos every year in Solo & Ensemble with a horrible head cold, and it took all I had to “look” calm and relaxed during my tai chi performance, when inside every part of me was shaking. I learned so much from a couple decades of practicing competing, though. It made it easier for me to perform (and produce) when it came time in later sports like rowing and CrossFit. I had a memory and a sense-memory I could call upon.

So, for me, there was the competitive animal I was born with, there was my critical analysis of my performance, and then there finally came the emotional maturity in how to apply it all. If you, like me, were born with a fierce competitive streak, here’s what I learned about how to use my nature in the most productive way: 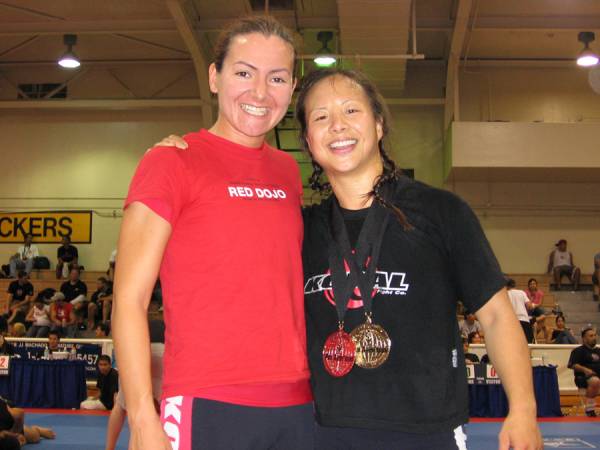 It might sound cliche, but if the urge to compete is powerful and your coaches can sense it, too, then use it as part of your learning experience. I never won a single Brazilian jiu jitsu match – not a single one – but I learned a lot from all those times I lost. Somehow I also had a lot of fun and there were so few women competing back then I still got to go home with medals. There is camaraderie and learning that come from competition that you don’t get elsewhere. If you have the urge, use it as a tool.

Culling the Herd (and the Rules)

It didn’t take many spelling bees for me to develop the ability of knowing which kid was going to take himself out of the competition via nerves and which would be the last one standing up there other than me. And maybe as I evolved as a competitive athlete I might have done a subtle thing or two on purpose to rattle your nerves on game day, if it meant my effort wound up being a little more clear-cut. Likewise, it was my philosophy that if you couldn’t write the rules of your game in a foolproof enough way to keep me from outsmarting them, well then, those rules deserved to be worked for my ends. I never broke a rule, but I sure explored the edges of them. Getting a sense for people’s psychologies and knowing which rules truly matter turned out later to be useful skills in a real world scenarios that require teamwork and the inevitable bureaucracies of life. While I may have learned these skills in a cutthroat scenario, they had positive application far beyond that.

Training Is Not Competing

Given my propensity for sizing up situations and measuring the field, it took me a while to figure this one out. I was totally the girl that had to “win” every workout. Even before the word CrossFit existed. I had to out-horsestance everyone in wushu. I had to learn the kata faster in stick fighting. You name it, I did my best to come in first at it. I always played “fair,” which to me meant never using a lighter weight or extra help to get ahead. I did the work and I was confident in the quality of my work, but I was focused on winning – always. And while I was a slave to my ego, I sacrificed a deeper learning and probably some friendships, too. Training is practice. Training is time to mess up and experiment. It’s time to be generous and be present, not time to block the path – for yourself or your teammates.

Avoiding Competition Is Not Mastering Your Nature 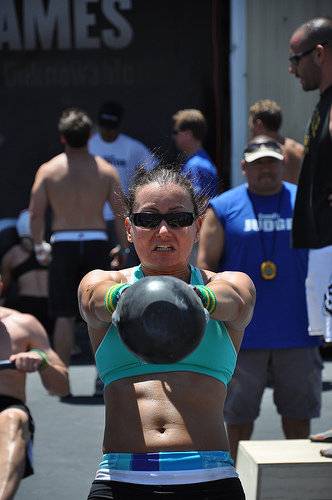 It’s kind of like saying you’ve learned how to eat healthy when what you really do is keep your own cupboards very spare and refuse to eat outside your house. When I first became a coach I grappled with my competitive feelings. I won’t lie – the part of me that had a hard time letting go in training had a hard time letting go in coaching, too. That little voice thought those women were getting better than me while I was standing there watching.

In pursuit of becoming the best coach I could (because, of course, I had to become the best coach, right?) I learned to let go of that competitive feeling while coaching. I learned to truly care for my clients. And for a while I forgot about competing entirely. I didn’t want to do it anymore. I judged events instead of entering them. I spent so much time learning to be generous and supportive that I didn’t know how to reconcile that with being a bloodthirsty athlete.

I eventually found the middle ground in sports like fencing and indoor rowing where I felt I was on more of a solo venture than in the CrossFit gym, both in it being a different community and in the type of sports they were. I was able to get the taste for blood back, without it negatively impacting anyone in my life.

If You Love the Zone Then Just Do It

When I was a little kid I used to spend a lot of time imagining I was a race horse. (Yes, I just wrote that.) I would run in circles around our fields, imagining a jockey on my back making me go faster, and I would run myself to pieces. My afternoons would culminate in very dramatic moments of exhausted imaginary finish line crossings. Those were always my instincts as an athlete. And if I trusted you, my coach, as a racehorse trusts its jockey, I’d push myself however you asked and I would live for those moments. 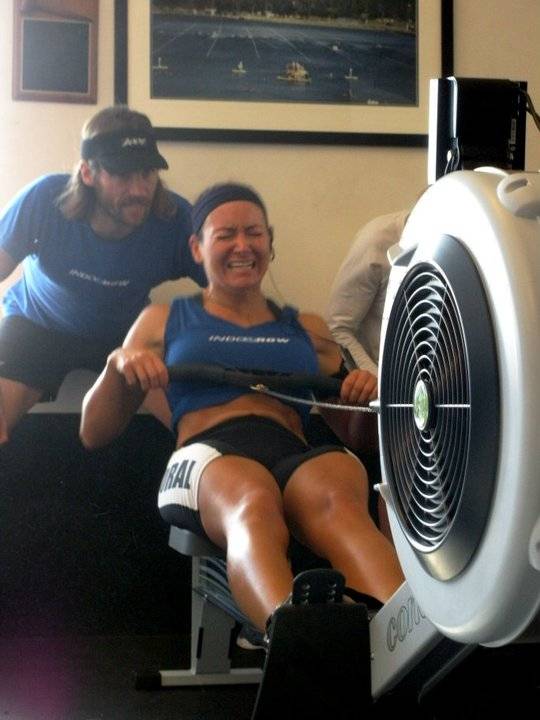 When I competed in indoor rowing my coach, Josh Crosby, stood just behind my right shoulder during my 2000m sprint. He’s a phenomenal coach and he knew the right few words to say. And he knew from all the hours of training that he could yell at me and I’d respond. He built the energy in his words, just like I built up my performance, until it all blurred into the perfect flow. I felt so real in those moments. There was no space between words, thoughts, and actions. I felt so human, so visceral.

And that is why I now compete. I’m not chasing the prize, I’m not assuaging my ego, I’m pursuing that moment. And that is a productive reason to compete.

Still now when I take on adventures I have the instinct. I studied powerlifting the first year I was here in Portland, Oregon and immediately started talking about entering a meet. I started taking indoor cycling and now I imagine myself racing a criterium through half of class.

And who knows, maybe someday I’ll be an old lady competing in tai chi again. I’ll know the difference between tai chi in the park and tai chi at the tournament. I’ll treasure the practice, the anxiety, the performance, and the exhale. I’ll find a way to find the flow, one way or the other. And if invoking the competitor inside me is what stokes my spirit, then so be it if it means I find that moment.