The Black Athlete in Weightlifting

The observance of the MLK holiday got me thinking about the history and future of black athletes in the sport of Olympic weightlifting. While small in number, they have been great in impact.

Given the recent observance of the American Martin Luther King, Jr. holiday, I thought it presented an interesting time for a column on the position of those athletes of African ancestry in our sport. Black athletes have been few in Olympic weightlifting, but their presence has been remarkable.

Looking back on the history of weightlifting, if black athletes were not wanted in some gyms they also did not want to go to many in the first place. The sport was not popular with them, and not that popular in Caucasian circles either for that matter. Racist coaches, if they existed, could hide in the camouflage of demographics. But at the same time non-racist coaches could thus not be distinguished from the racist ones, so it is difficult to determine if this was a major cause of the paucity of black lifters in decades gone by.

The United States has had few outstanding black stars. Much has been written about the immortal John Henry Davis, of New York City. Named after the “steel drivin’ man,” Davis won two Olympic golds and five World Championships. Jim Bradford of Washington, DC was right behind Davis in many of those events. A strict presser, Bradford could lift more strict than those who pressed loose. He is still famous for the “Bradford Press.” To do this, take the bar off a rack and military press it in front of the face, then lower it behind the head and press it back up. (Safety tip: Do this only if you have very flexible shoulders. It’s hard on the rotators).

In the 1980s our fellow contributor Bob Takano coached the late Albert Hood of Los Angeles to National Championships and a berth on the 1984 Olympic team. In recent years the Chaplin family of Savannah, Georgia has been successful. Young Oscar Chaplin III has been a National Champion, and his father Oscar Jr was also a lifter and now a coach. Finally, mother Rebecca noticed she was the only one in the house who had not become a weightlifting champion. So at an advanced age she started accompanying her husband to the gym where he set about correcting that circumstance – and they succeeded.

Canada had a number of black lifters but those were disproportionately successful at the Nationals. Although the King holiday is not celebrated in Canada where I live, many of the 750,000 Afro-Canucks have taken inspiration from his message and mission. Since many are relatively recent arrivals from the Caribbean, Africa, and the United Kingdom, they have also been concerned with their status in their new country. (By the way, the term “Canuck” is not a slur in Canada, especially in Vancouver’s hockey arena.)

Across the water Great Britain had a four-time world champion in Louis Martin who originally came from Jamaica. Nigeria has had a lot of good lifters in recent years. That country with its oil wealth is able to finance the establishment of a successful program in Africa. In the early days they hired a Bulgarian coach but are now using homegrown talent to remain a power. The sport has made some inroads in other parts of Africa but this has been slow for a number of reasons, most due to the economic and political conditions in those countries not being conducive to produce champion athletes.

Cuba had a few years of dominance in the Pan-Am Confederation. This was thanks to their Soviet sponsors. They had a lot of good lifters, proving that dominance can be achieved quickly if the will is there. Several other Central and South American nations also have fielded good athletes in recent years and some of these have been black. This is a result of more money being spent on sports due to a desire for athletic prestige, as well as increased standard of living that can foot the bill.

Overall black athletes have done well. But why have they not done much better, especially in the United States?

Well, for one thing it is not so much a case of having done poorly but one of not competing in the first place. In the early years many YMCAs and other gyms were closed to any black people, so few would be introduced to the sport. I remember one YMCA employee who told me he would do everything possible to discourage blacks from joining. This was in 1967, after the Civil Rights Act of 1964. He is now long dead so don’t ask me for the name of someone whom you can boycott. This does show the degree of resistance present in days gone by.

Another barrier has been that the sport was perceived as an immigrant sport. Indeed it had not been part of black cultural experience in the days of pre-WWII segregation. Much of the U.S. then was segregated de facto if not de jure (although that was often true as well). Weightlifting was just not on the radar in black neighborhoods. 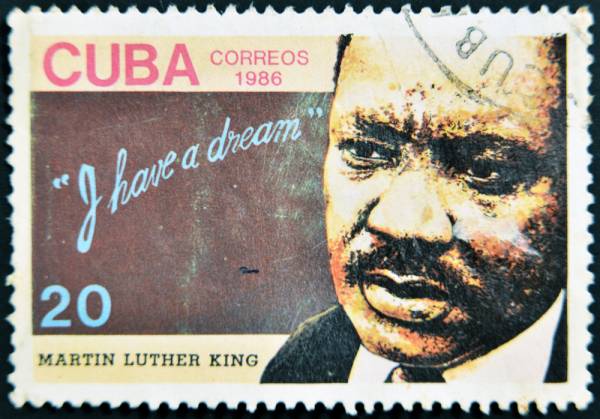 Finally, just like white athletes, there are a number of sports that are able to lay claim to the good athletes long before any lifting coach ever sees them. The lure of professional sports for urban kids has been written about by many. They criticize the spending of so much youthful effort on an enterprise that will likely fail. But at least there is the possibility that they just might succeed and get that big contract. That will not happen in lifting, even if an Olympic gold were to materialize (still unlikely). So you can’t blame them. Playing the numbers is a long shot. Almost all the time you lose. But the 1000:1 odds at least pay out at 600:1. In weightlifting, whatever the odds, the result is often a negative payout. I don’t blame the kids. But I often wonder how great a lifter someone like Herschel Walker or Bo Jackson would have been if they concentrated on our sport.

Martin Luther King, Jr. and many others like him devoted their lives to bringing their people into the mainstream of American life. Their struggle also encouraged those in other countries. Weightlifting also has struggled to get mainstream acceptance (although we cannot pretend that our struggle has any of the gravity of theirs). Just the same, as black people and weightlifting do gain ever more mainstream acceptance it is likely that more black athletes will not only choose our sport but will rise on its podia as well. East Europeans have replaced many blacks in boxing. It would not be impossible for blacks to return the favor in lifting.