Weightlifting training is hard, frequent, repetitive, and boring. The gyms are not pick-up joints. You never see spandex. But the training must be kept up if one is to succeed. There is no room for casual lifting as there is in many sports. The Iron Maiden is indeed a demanding and high maintenance mistress. It takes a while to see any results and there is little recognition when it does come. And along the road there are too many other distractions for many kids to stick with the sport.

The weight sports, and also many other sports like hockey, football and various combatives, have a lot of appeal to pubescent kids who are maturing, but are still painfully aware they do not yet match their reference males in size, strength, and other assorted characteristics of hyper-masculinity, which whether admitted or not, are desired my most. These sports activities are seen as a shortcut to the respect of fellow males and in obtaining female attention. This is true regardless of the innate personality characteristics of the boys in question.

(As an aside, this desire for a more macho appearance is not just confined to the male side of the school population. Nowadays some girls also want to hype their image into something stronger and more aggressive. The culture is now more receptive to such, so effective demand for suitable sporting outlets has mushroomed.)

It is noticed by many that it is often the more un-athletic, skinny, and awkward boys who are most desperate to alter their physicality. This is understandable. Just as often, the more laid-back, easy-going, and non-aggressive personalities want to up their macho quotient. They are the ones who want weightlifting most, but sadly are also the ones least likely to be successful due to their having the wrong physicality and personality. In short, a lot of our weightlifting recruits have too little potential in the first place.

Still, if they do stick around most will be pleased with their transformation. They may not become champions but everyone can improve. Usually to the point of being better than their detractors ever were.

Pop culture is the big villain here and has perhaps always been. The things that interest youth often do not involve much physical activity and are often very passive in nature. The emphasis is on being (or just hoping to be) rather than doing. I remember my friend who idolized Mick Jagger and his ilk while he did not understand my time spent in the gym. I asked him why if he idolized the rock ‘n’ roll lifestyle so much why he didn’t learn to play the guitar and sing (verb used loosely). “Oh, I couldn’t do that. I just prefer to listen,” was his reply. I guess most people would prefer to be passive and let others take the lead. If that view of humanity is valid then our recruiting will indeed be difficult.

The one aspect of weightlifting recruiting that causes coaches to tear out their hair is when they finally do get someone who they thing will be a world-beater. He takes to lifting like a duck to water, setting PRs in every workout but with bigger weights than the other novices. He may enter his first meet and easily take first place. Then he decides that since he is so good, why bother with all of this training. He soon abandons the sport for something more exciting and is never seen again. 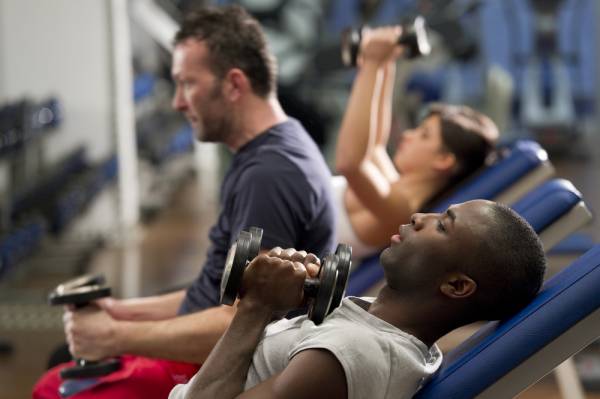 I remember well when I joined my high school’s nascent wrestling club. About twenty kids showed up, all wanting to be mat stars. After the first workout only half remained. In a few weeks only myself and a fellow who outweighed me by forty pounds were left (I was hoping he would have been one of the ones that left). All of the rest found excuses to miss the next workout and once that excuse worked, it was used again. The real reason for their absence was they just didn’t want to put in the work. To them the costs exceeded the benefits.

The cost-benefit analysis is different for male and female lifters. With female lifters they have to get used to the smell of sweat: their own sweat. And they will have to learn to like their big thighs, something the fashion magazines say are to be absolutely avoided at all costs. Throw a boyfriend into the mix who resents her training time and budding strength and she will have still more pressure to conform (i.e., quit). To be a teenage lifter of either sex may mean living life as an outlier. They will not be outcasts, but they will be different in that they have goals in life beyond immediate gratification.

In short, our sport in many ways is not a good cultural fit in our society and is likely to remain a niche sport. True many inroads have been made in recent years with CrossFit and revived black-iron training but we are still fighting an uphill battle. Lots of people want to be strong; few want to do what you have to do to get there.