After every Super Bowl, big-name MMA fight, superhero movie, and celebrity “body transformation,” we look up and ask The Big Question: “How did they do it?” We listen with bated breath in hopes of being the next Tom Brady, Phil Heath, or Hugh Jackman. After all, who knows the secret to success better than the successful?

The real answer to The Big Question isn’t that simple. The world’s elite performers spend years working at specific, focused practice that isn’t all that fun. They’re consistent with their training and have a work ethic that keeps them going when others settle for less. They develop habits for self-talk and emotional control to keep them focused at critical moments. In athletics, their success is in part tied into nutrition, supplementation, general physical preparation, recovery, and the ugly duckling no one wants to talk about, luck.

The world’s great stars are all, to a certain degree, lucky. For one, they had the luck of drawing the parents they did. Talent is often overrated, but in sports where limb lengths, explosiveness, and height can all play significant roles in success, genetics can’t be overlooked.

The parental luck-of-the-draw can also play out in the support and encouragement they provide during the star’s formative years. In champions’ autobiographies, you read about chance meetings with mentors and friends who were critical to their development.

Their demographics and geography play a part: Wayne Gretzky would not have been a world-champion hockey player if he’d grown up in the Mojave. At the very least, stars have the good fortune of not being unlucky in tragic ways: born in a war-torn country, hit by a car, suffering a fluke injury at a critical moment, or being duty-bound to leave their passion to take care of a sick family member before they hit their stride.

Many experts overcome incredible misfortune to earn their accolades. I’m not trying to downplay their achievements, but instead outlining how complex The Big Question really is. Imagine if someone came up and asked you: “What made you what you are today?” Could you fit it into a soundbite? An interview? Could you explain it at all?

Star athletes can rarely explain the big picture of their success, and it’s unfair to expect them to. This may seem counterintuitive, but executing a physical skill and understanding it are two completely different things, and most of the world’s best athletes don’t have the time to carefully evaluate, study, and question the physiology and psychology of their development while they’re busy becoming the greatest in the world at their sport.

Layer on top of that all the things that lead to wins that are outside the athlete’s control: team dynamics, coaches, game schedules, opponents getting banned for drug use, deflated footballs, and we come to the conclusion that a star athlete is probably no more qualified to answer The Big Question than you would be.

If we accept that The Big Question is difficult to answer, a complex stew of talent, practice, effort, and luck, why do we hang on celebrities’ every word? More importantly, why do we fall into the trap of associating our own ideas with the newest, hottest celebrity as though that star knows the answer?

Let’s pick on Tom Brady for a second. I choose him not because he’s particularly bad about it, but because he’s the most recent famous example. After the Super Bowl, a host of websites latched onto his statements about his diet to explain his success in the NFL at the ripe old age of 39. It’s very strict, rejecting any foods he considers inflammatory or bloating, and is based on extensive rules for timing and quality.

What makes us think that Tom Brady’s diet is the key to his success? Maybe it is. Maybe it’s his sleep hygiene routine. Maybe it’s the intense focus and determination he puts into his training and preparation. Maybe it was an off-loading of responsibilities to hired staff like his personal chef and soft tissue guru. Maybe it involved the quality of his coaching or smarter plays on the field. Maybe it has to do with the team dynamic of the Patriots? Maybe it’s all of these things, maybe it’s none. Most likely, it’s a little bit of all of it, a few things I didn’t mention, and a splash of luck.

If we assume that Tom Brady is the expert on what made him successful, rather than cherry pick which intervention “did the trick,” why not follow all of his advice?

Business Insider says what everyone who shares Tom Brady’s training tips is thinking:

“He isn’t built like a Greek God. But his longevity and health can’t be argued with, so clearly Brady is onto something.”

By latching onto every word Tom Brady says when it matches our own biases, we grant him credibility. After all, he’s the expert.

But is he? If that’s the case, then perhaps CrossFitters should give up on lifting heavy weights because they teach our muscles to “stay contracted” and cause imbalances and inhibitions that interfere with ‘muscle pliability.’ Pliable muscles are apparently “softer, longer, and more resilient,” and “promote the circulation of blood and lymph to promote healing.” Muscles can be made pliable by TB12 body coaches through “proprietary manual tissue work techniques” and lifestyle change. This is, at best, imprecise and on shaky scientific ground, but clearly he must be onto something.

Brady’s diet also includes grains, so perhaps the paleo crowd needs to reevaluate their idea of what constitutes a healthy diet. After all, he must be onto something, and if he was eating something inflammatory or counter to his evolutionary heritage, he wouldn’t be the best in the world, would he?

Brady is a business partner with Alex Guerrero, who was penalized in 2005 for falsely representing his supplement, Supreme Greens, as a cancer cure. In 2015, Guerrero was given notice for false advertising again after marketing a concussion recovery product called “Neurosafe.” The FTC found he “did not have any studies regarding the actual NeuroSafe product and provided no competent and reliable scientific evidence claiming that the supplement ‘Neurosafe’ would help in concussion recovery.” Tom Brady directly advertised for Neurosafe, and when asked about it in an interview, gave a tortured defense involving a condemnation of all of “western medicine.” But shouldn’t we all be using it? After all, he must be onto something.

Brady has endorsed seasonal eating, taking in ‘hot property’ foods like red meat during winter and ‘cold property’ foods like raw vegetables in the summer. He has championed the acid-alkaline theory of diet and disease, claiming to eat 80% alkaline/20% acid “to maintain balance and harmony through my metabolic system.” Neither of these have much evidence behind them or are even plausible, but then again, he’s won 5 Super Bowls, so he must be onto something.

You get the picture. 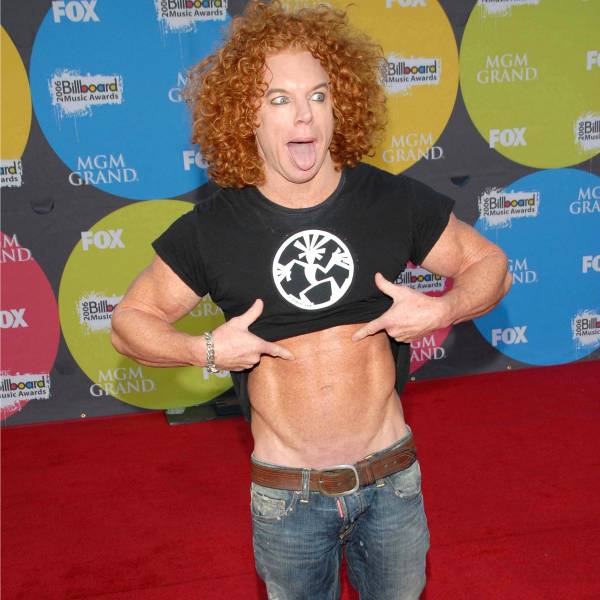 When a celebrity agrees with us, the temptation to cite them can be nearly overwhelming. It validates us and raises our own status in the eyes of our peers, friends, and lifters. “See? I’ve been saying this all along! The greatest quarterback in the world agrees with me!”

It can be a dangerous game putting people on a pedestal, because once they’re there, they’re free to speak and influence your audience. I’m sure Tom Brady’s diet is a significant part of his success, if for no other reason than because it’s high in vegetables and quality foods and provides him the energy he needs. That doesn’t mean we need to endorse the whole thing, or endorse the celebrity as a source of fitness wisdom. Tom Brady is a virtuoso quarterback and deserves every bit of the praise he’s received for his incredible performance and dedication to his craft, but if you endorse him as a fitness and nutrition expert, how do you answer someone who’s worried that you don’t focus enough on ‘muscle pliability’ or have an alkaline water dispenser at your gym?

The same is true of Food Babe, Gwyneth Paltrow, and the never-ending stream of celebrities with opinions. “Well… they’re only right about the things I think they’re right about.” Good luck with that one.

How are you managing what goes through your eyeballs?

Social Media and the Climate of Fitness

Certified as a CrossFit-L1 trainer, PN-1, and USAW Sports Performance Coach, CJ currently coaches private clients at Iron Mongers Gym and CrossFit 760 in Oceanside, California, as well as online through Barbell Logic. He also teaches at and manages the course design for Barbell Logic’s Coaching Academy.

You can read more from CJ on a variety of fitness and coaching-related topics at Starting Strength, Barbell Logic, and Medium.