The Formula for a Successful CrossFit Gym

Let’s learn from the boxes that have risen to the top of the pack.

There are now more than 10,000 CrossFit gyms around the globe and counting. While most follow the same general template, the nuances differ greatly from affiliate to affiliate. Most gym-goers will fiercely defend their own box as the best. But a few elite boxes have percolated to the top of the pack, created a movement, and continued to thrive even as the market has become crowded with competitors.

That’s because they have figured out the formula. In my opinion, the formula looks something like this:

Where “n” is, “I would sell my house and move there to be a member of this gym if I could.”

While the maths is tongue-in-cheek, the formula is a solid one. Whether you are looking for the best gym in the area, or you want to create a great CrossFit gym, these components are key. Great leadership, coaching, and programming, without community, is flat. A fantastic community with sub-par coaching and programming, while perhaps fun, will leave you far from achieving your goals. A box must excel at all aspects of the formula to be effective.

This is a look at some of the boxes in North America that have got it right.

CrossFit Milford offers a multitude of different programmes for people on every part of their fitness journey.

CrossFit Milford is an eight-year-old box in the Northeast with a long history of turning out successful athletes, such as Kaleena Ladeairous and Elizabeth Warren. The team was second in the world in 2015. The box is led by master programmer and Games-level coach Jason Leydon, and offers a multitude of different programmes for people on every leg of their fitness journey. CrossFit Milford has a particularly strong emphasis on community.

This community focus is highly evident at CFM, and is not just confined to within the walls of the box. From a mentoring program where new members are hooked up with a more experienced member, to scholarship offerings for high school athletes and fundraising efforts for charities, it is clear that Jason and his wife Jocelyn set out to create a community when they opened up CFM.

“Seek out the CrossFit gym that truly gets it, and you will enjoy a long and healthy relationship with that gym and with fitness.”

Leydon’s most recent innovation is a business directory where people in the community can leverage the skills of other gym members – for example, plumbers, lawyers, and web developers. This only serves to strengthen the bond members.

Leydon is one of the top competitive programmers in the business, having gotten a number of athletes to the 2015 Games, including the CrossFit Milford Team, Dan “Boomsauce” Tyminski, and Masters athletes Amanda Allen, Liz Warren, and Robbie Davis. Allen was on the podium, as was the Milford team. He coached a number of other athletes to successful Regionals berths and he was the head coach of the 2014 GRID team the Philadelphia Founders. He is widely respected in the greater CrossFit community as a coach with a deep knowledge of the game.

In addition to almost twenty other coaches on hand, CFM also staffs a physical therapist, an ART practitioner, a nutritionist, a massage therapist, and a yoga instructor.

CFM offers multiple levels of programmes, including general fitness. They have group CrossFit classes, performance-level classes for those who want to compete locally and master higher level skills, and competition level for prospective Games competitors.

A review of the daily programming for all levels reveals thoughtful, logical work that includes dynamic warm up, workout prep warm up, strength, skill, and conditioning (in that order), cool down, and some optional finishing pieces if you just want some additional sweat.

You can find additional information on CrossFit Milford on their website. 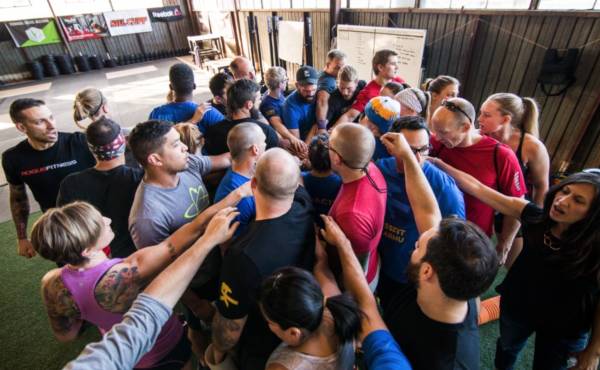 CrossFit Jääkarhu is built on strength in community.

There is a lot to like about CrossFit Jääkarhu, but their devotion to continuing education is what stands out most. Jääkarhu is dogged in their determination to pass along vital tips and coaching knowledge for the purpose of bettering their community. One only needs to visit the blog section of their website to see a litany of recent and ongoing educational offerings.

Jääkarhu is built on strength in community. The concept of oneness pervades nearly everything they do, from top-down leadership where the coaches and owners genuinely like each other and enjoy hanging out, all the way down to unifying terminology that springs from their name, Jääkarhu, which means polar bear in Finnish. They refer to the box as a sleuth (a community of bears). This concept flows through to their classes too – CrossFit Kids are cubs, and each level of programming has a different name relating to the bear concept, i.e. pit, cave, den, etc.

“A box must excel at all aspects of the formula to be effective.”

Silly, you say? Far from it. I would defy any CrossFit box to match the level of community and togetherness shown, for example, when the entire sleuth came together to produce this video for Mino Solomon. Mino was severely injured in a weightlifting accident, and the video was part of an overall fundraising effort to help with his medical expenses.

That is family, folks. And it’s just the tip of the iceberg.

CrossFit Jääkarhu houses some of the best coaches in the nation, including Games-level athletes Ingrid Kantola, Jessica Estrada, Ricky Redus, and Orion Hones. Kantola and Redus are professional GRID athletes, and Redus is a well-respected weightlifter as well, who brings his knowledge of the Olympic lifts to a number of instructional videos available on site. Estrada does the same for bodyweight movements. The prevalence of on-site instruction and education in the blog is further evidence of the quality of coaching. Watch the videos. Would you want to be at this box among these coaches? My money says yes.

Much like Milford, Jääkarhu offers multiple levels of programming – fitness, sport, and competition. Fitness encompasses the classes, Sport is designed to take a good CrossFitter and make him better, and Competition is just that – if you want to compete at a regional or national level, this is the track for you.

You can connect with CrossFit Jääkarhu on their website. 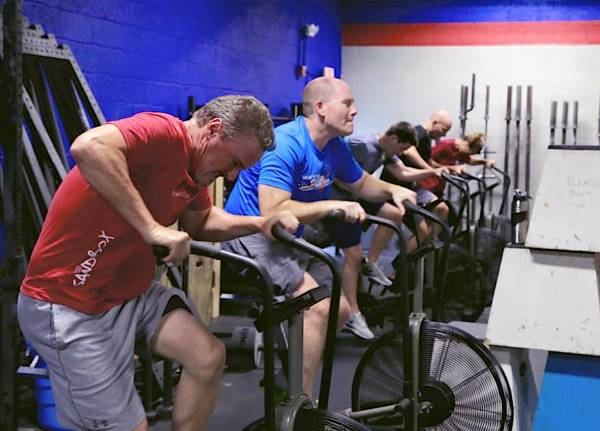 From rowing clinics, to seminars and competitions, 12 Labours CrossFit has nailed the concept of community.

12 Labours CrossFit is a three-site, one-membership gym in Annapolis, Maryland. They were founded in 2007 as one of the first two hundred affiliates in the world. The 12 Labours team was ninth at 2014 CrossFit Games, and sixth in the world in 2015.

Community is a huge focus at 12 Labours – so much so that they have an event director on staff, whose job it is to create events, competitions and parties for the sole purpose of fostering camaraderie within the gym and within the local CrossFit Community. From rowing clinics, to holiday parties, to seminars and competitions, 12 Labours has nailed the concept of community. From one testimonial:

“This place and the people I’ve met have helped me overcome some mental struggles while I’ve gained great physical strength and confidence in myself. I am forever grateful for the coaches here who have been an integral part in this positive change in my life.”

Co-founded by a trio of high-level athletes, including Games competitors Luke Espe and Brad Weiss, 12 Labours boasts some of the best coaches in the business. Several have gone on to play professionally in GRID, including Luke Espe and Christa Giordano. Many of the coaches are pursuing their OPT CCP certification, which is a testament to their dedication to look outside the standard CF certs for continuing education.

“If your own gym is missing one of the critical pieces of the formula, consider being a catalyst for change and elevating your gym to new levels of excellence.”

They are very intentional about their programming cycle. The year-long cycle is based on the CrossFit Games season and involves strength and skill, open prep, the Games season, and a testing phase. All athletes, regardless of skill level, follow the cycle in some form, so the entire box is always progressing toward a goal. There is no random kitchen-sink WOD or meandering programming. It’s all goal-specific and smartly laid out for an entire year.

For more information on 12 Labours Crossfit, visit their website.

Finding a Gym That Gets It

Not all boxes are created equal. You owe it to yourself to seek out a box that fits your objectives. If you live in anywhere near any of the boxes highlighted here, consider yourself lucky, because you know what a fantastic CrossFit gym looks like. It’s not always the biggest box in the area, by the way.

Seek out the CrossFit gym that truly gets it, and you will enjoy a long and healthy relationship with that gym and with fitness. If your own gym is missing one of the critical pieces of the formula, consider being a catalyst for change and elevating your gym to new levels of excellence.

I plan to do a similar review every six months or so, so if your box fits the bill, alert me in the comments section below the article and I will check it out.