The Journey to a BJJ Black Belt: Look Back to Move Forward

If you’re just starting in BJJ and want to get a black belt someday, you’re in for a long journey. Seasoned BJJ practioners share how to make the most of it.

Recently I talked with with some of the students at New Breed Training Center after a class I was teaching. Upon hearing the questions and seeing the hunger for knowledge about Brazilian jiu jitsu, I couldn’t help but think about what it was like when I was the new student. I wondered what I would have done differently if I could go back.

“No matter how difficult the road may seem at times, follow the advice of others who have worn the path.”

However, I am just one tiny piece of the Brazilian jiu jitsu community. So I figured I’d ask those around me the same question: What do you know now that you wish you knew when you were a white belt? I asked a variety of Brazilian jiu jitsu practitioners: black, brown, purple, and blue belts. My goal in this article is to take their advice and provide you with some helpful tips to set the foundation for a long, healthy Brazilian jiu jitsu journey.

1. Consistency and Mindset Are Key

Brick Welch, Brazilian jiu jitsu black belt and instructor at Team Redzovic, shared a simple motto he uses to emphasize the importance of showing up. He always tells his white belt students, “Good things happen if you stick with jiu jitsu.”

Brick is not the only one who feels that way. Mike Cimmarusti, Brazilian jiu jitsu black belt and owner of Illinois Grappling Club, shared a similar thought process. Mike’s advice was to come to class ready to learn, not compete. The difference is the mindset. Both Mike and Brick agreed that you have to learn as much as possible. Brick suggested becoming a fan of the sport, and Mike suggested watching videos and learning from as many sources as you can.

Brazilian jiu jitsu appears to be an individual sport, but it is best looked at as a team sport. Without training partners, you cannot get better.

“[G]etting better is not just about you. It’s about helping the people around you.”

Danny Midell is a Brazilian jiu jitsu black belt and instructor at New Breed Training Center. He shared an important insight about the relationship between you and your team: getting better is not just about you. It’s about helping the people around you. His advice to new students was to be a good training partner. 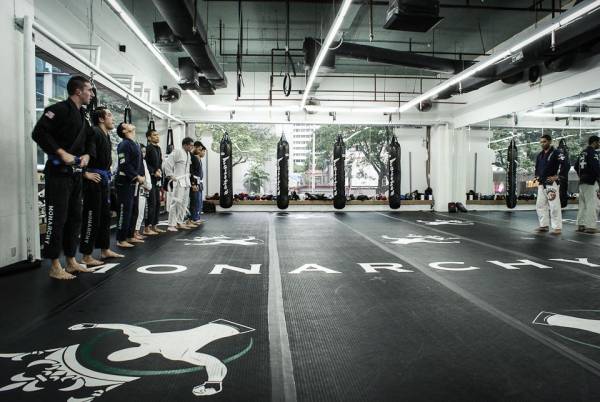 3. Don’t Neglect Aspects of Your Game

When you first start training, there is a lot to take in. Often you will find yourself wondering why you are learning what you are being taught. That question is often asked when it comes to learning takedowns.

Mark Vives, head instructor and owner of New Breed Training Center, said looking back he would have spent more time learning takedowns – either judo or wrestling. Matches start on the feet, and it is easy to see how uncomfortable some competitors are in the stand-up game. Mark suggested to start learning takedowns early and learn how to combine different takedowns.

Everyone who has trained Brazilian jiu jitsu for a long period of time has over-trained at some point. The longer you train, the harder you can push yourself, and that means you need more recovery time. Most people think the longer and harder you push yourself, the less recovery you need.

Mark Vives told me he wishes he would have learned about proper training and nutrition earlier in his BJJ career. This is an often-overlooked aspect of the game. In order to reach the level of black belt, you need to spend years on the mat. If you are new, spend some time learning how to train both on and off the mat.

Carlos Archila, a Brazilian jiu jitsu brown belt and owner of Lake County BJJ, talked about the importance of drilling and specific training. He explained that drilling sessions are perfect for the days you want to get some training in but your body is a little beat up. Training specific positions is another great option because it takes away some of the unknown variables. Pick a position, set some rules, and train. For example, you could practice a guard drill, where one person starts in closed guard and the other simply works to get out. This type of drilling is great for improving weak areas of your game. 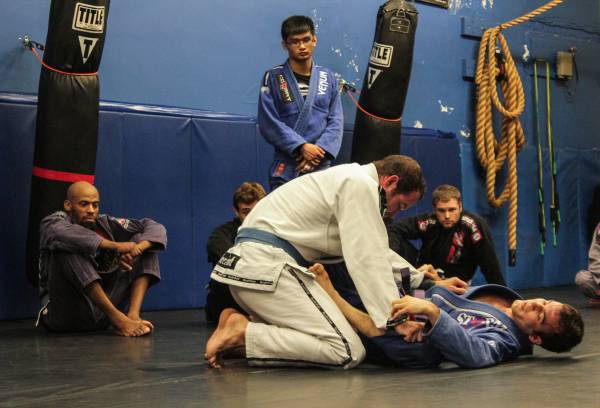 The longer you train, the easier it is to lose sight of what it took to reach a high rank in Brazilian jiu jitsu. I asked a number of purple and blue belts of various ages the same question to see if there were any dramatic differences in answers. Surprisingly, there was barely any difference.

The Brazilian jiu jitsu journey is long and filled with peaks and valleys. No matter how difficult the road may seem at times, follow the advice of others who have worn the path. Be consistent, train smart, don’t neglect parts of your game, and you will be just fine.