I started BJJ to learn self defense. Everyone comes to it for different reasons. But what we all get out of it is similar and hugely beneficial to our entire lives.

A few weeks ago a reporter from the local newspaper came to Titans MMA where I train Brazilian jiu jitsu to write an article about our women’s BJJ class. It’s mentioned in the article that I started BJJ after I was robbed at gun point for the second time. For months after that robbery, I felt panic rising in my chest when any man in a hoodie walked towards me. It brought home the famous quote from Gavin de Becker in The Gift of Fear, “At core, men are afraid women will laugh at them, while at core, women are afraid men will kill them.”

Still, over time I forgot to be afraid. Normalcy crept back into my life and I didn’t need jiu jitsu to feel safe anymore. One of the main reasons I tried BJJ was to protect myself but that’s not why I stayed. I stayed because at Titans I feel like I am at home with my brothers. I train with the “Taylor Gang” under Renzo Gracie black belt Kevin Taylor. We all work together in a friendly and positive environment with a sincere desire to help each other to reach our full potential. Because I’ve already told my story to the newspaper, I’ll share what BJJ has done for my teammates.

Brown belt Jon Gale grew up in a part of the city with a lot of negative influences. He was on his way down a difficult path in life before he began training jiu jitsu. He said:

BJJ was a breath of fresh air for me, putting me around amazing coaches, and great people who were overflowing with passion, self-confidence and determination. BJJ showed me that you do not need to have an ounce of natural talent to succeed in something, and that hard work and perseverance are the only qualities you need to climb your way to any goal you wish to accomplish.

I have applied the lessons I have learned from BJJ to all areas of my life, and through the same hard work and determination, I have found great success, including my accomplishments in the academic world, of which I am most proud. I have reflected a great deal on the lessons I have learned, and have invested a lot of effort into putting myself in a position where I can be a positive role model, and share what I have learned with as many people as possible. I now teach BJJ to adults, and have implemented and head a children’s BJJ program at my club. 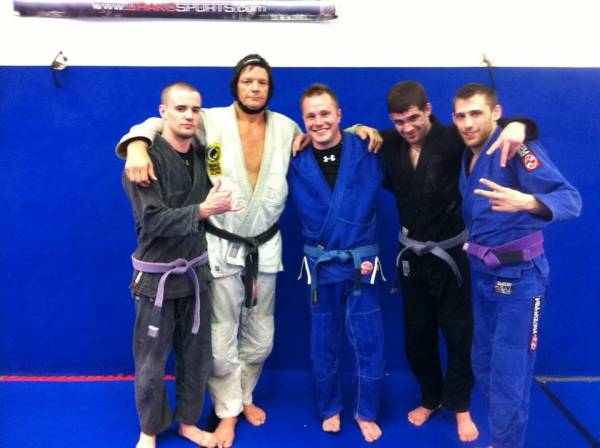 Jiu jitsu has helped me improve my life in innumerable ways. Beyond the obvious benefits of being healthier and getting in better shape, I truly feel that jiu jitsu has motivated me to improve myself outside of my athletic life as a student, professional, and a person. It’s become a framework through which I can learn and understand the world. Finally, training makes me feel a level of calm and happiness that, at the risk of hyperbole, may have truly saved my life on a few occasions. I’m not a religious man, but if I have a faith it’s in jiu jitsu.

In his article The Pleasures of Drowning, Sam Harris stressed that BJJ is unique in that it can be practiced safely at full resistance. Purple belt Josh Presley can attest to this. He shared:

Jiu jitsu gave me the confidence to believe I can really accomplish anything I set my mind to. No other sport puts you in positions where at full speed you have to overcome size and strength disadvantages, keep cool under stress, use your brain to constantly be thinking of your next attack, dealing with fatigue, all while having to deal with your emotions. 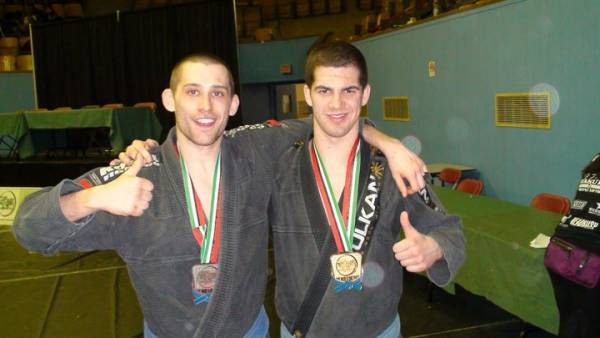 Blue belt Zach Jones said, “I’ve never felt as able to defend myself as I have since I started BJJ. I used to do karate and kickbox but I was still worried about what would happen if I got hit trying to hit someone. Now that I know about jiu jitsu I can control someone without getting hurt, or having to hurt them. It really boosts my confidence knowing that.”

I felt very moved and inspired by my teammates’ stories and was surprised to hear that some of them were very overweight before they began training. Blue belt Geoff Smith shared:

It was the summer after first year at university, and my freshman fifteen was more like the freshman 45. I worked out, but never saw any progress. When I left for Vancouver in April, I weighed 225 pounds. A full year of cafeteria food, weekly drinking, and late night pizza left me doughy. When I flew home in April, I was just over 185 pounds and leaner than I’d ever been. Even though I only got to grapple a couple of times a week, and spent the whole time getting beat up, my entire lifestyle changed.

Purple belt Joel Jacquard shared a similar experience. “I used to be overweight with low self-esteem but when I got into Brazilian jiu jitsu it improved my health and self-confidence. It feeds my competitiveness in a good way and I have met some of the best friends I have today through it.” 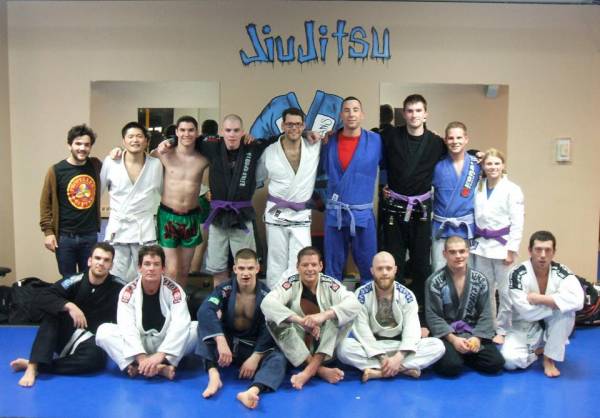 I was shocked when purple belt Craig Ferguson told me he lost seventy pounds since he began training, “The benefits you can’t see are more important to me,” he said. “I’ve learned to push myself further. I’ve witnessed the power of hard work as I improve bit by bit. I’ve made great friends and adopted a healthy, positive lifestyle. And I’ve learned a skill I can share with my daughters.”

People who begin jiu jitsu rarely do so with the intention of training more than a couple of times a week but there is so much to learn and it’s so much fun that it truly does become a lifestyle. One of the most dedicated and hard-working members of our team, purple belt Pat Carroll summed it up best. He said, “BJJ has improved my life in many ways. Before I started training, I lived a very unhealthy lifestyle. I was unmotivated and depressed. BJJ and kickboxing pretty much reinvented me. I got in great shape, developed confidence and kind of found myself you could say. I wake up every day excited to train, learn and grow as a fighter and a person. I couldn’t picture myself in any other lifestyle.”

If you already train Brazilian jiu jitsu, what benefits have you experienced? Post to comments below.