The Magic Number 10: Balance Volume and Intensity In Your Endurance Training

As an endurance athlete how do you balance volume and intensity in your training? Should you run longer or run faster? Science says 10x the volume means 10% performance increase.

No matter how you cut it, there’s only three ways you can make training harder:

No matter how you cut it, there’s only three ways you can make training harder:

When most people begin training, their bodies are unable to handle much work and the volume is rightly kept low. As they begin to gain strength and fitness the first thing that usually happens is they add in some extra work. As little as an extra set or two on a few exercises can be enough to keep a beginner advancing in the gym.

But what happens when you look at endurance sports?

Let’s say I begin running for fitness. Because I am out of shape and haven’t run in a long time let’s say I only run a single kilometer (and actually, this is precisely my situation currently and you’ll be able to see my training logs here on Breaking Muscle soon, as I attempt what will be, even by my standards, a fairly self-abusive adventure).

As I gain fitness a few things will start to happen. Firstly, that single kilometer will no longer be any kind of challenge. Providing I want to run at the same speed, and I do, the next thing will be to add length to that run. This can go on until I reach the point of diminishing returns and am no longer gaining fitness from this approach, or more likely I simply run out of time and can no longer “just run more.”

Researchers working with runners and speed skaters found a ten-fold increase in volume gave a ten percent increase in performance.1 In other words, if you currently run five kilometers at a certain pace, to go ten percent faster you would have to run fifty kilometres in a week! In numbers that means a thirty-minute, five kilometer run would drop to twenty-seven minutes if you step up to running fifty kilometers in a week.

Just based on time alone that would mean going from a thirty-minute time frame up to five hours of running per week! That’s not all bad, but do you have an extra four and a half hours per week?

A bigger problem than the sheer time involved is that increased run volumes are also heavily associated with increased injury.2 Happily there is a way around this many of the top ultra endurance athletes, such as Mark Allen, have been speaking of for years:

You can increase your volume provided you decrease intensity

In other words, you can run longer and more often, but you’ll need to slow down to do it. A recent study on running loads and injury found, “Greater distances covered in very low, low, and moderate speed running were associated with a lower risk of soft-tissue injury, whereas greater amounts of very high–velocity running (i.e., sprinting) were associated with an increased risk of soft-tissue injury.”3 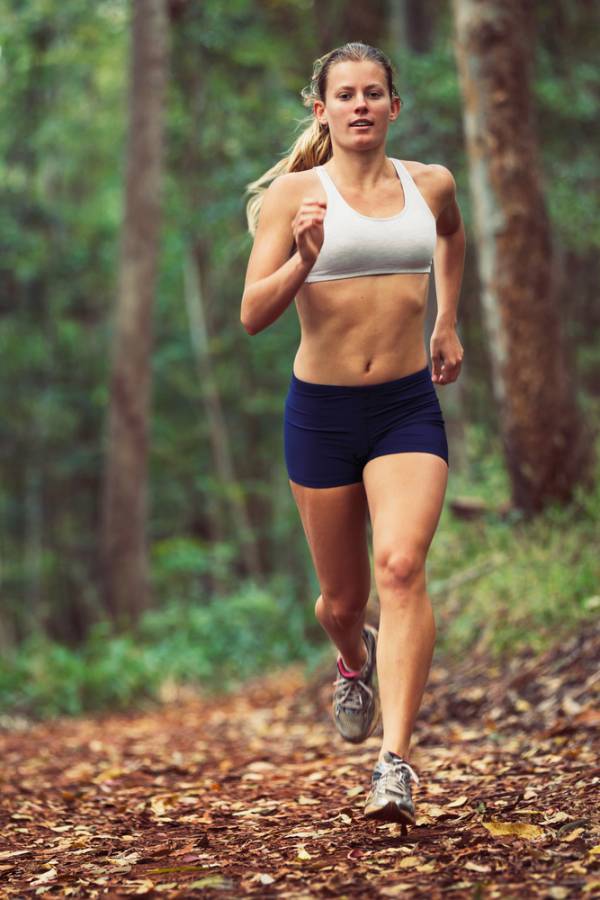 The researchers found reducing the amount of high intensity or sprint work in preparation for elite competition greatly reduced the injury rate. What strikes me as interesting is so many people think there is a huge difference between endurance work and strength training. The truth is there are far more similarities than differences. Charlie Francis used to say most people’s “Lows are too high and their highs are too low”.

So if you’re going to run often, then you will need a healthy dose of long, low intensity work, as well as just enough intensity to keep your speed. The magic key to performance is getting the mix right that results in high speed and no injuries. The best place to start is by figuring your target time for the length of run and working back from there. Have roughly 85% of your training volume be below race pace and longer, but the final 15% of your work being above race pace and shorter.