We’ve all tried to change habits before and most of us are not very successful. We swear off junk food or snacking. We promise ourselves we’ll go to the gym every day. We swear to stick to our guns this time! But how many of you have sworn off chips or cookies and still found yourself at the grocery store buying the stuff because you are just going to have a little? Or sworn off your daily latte but found yourself in line to get just one. Before you know it you are back to your old habits.

We’ve all tried to change habits before and most of us are not very successful. We swear off junk food or snacking. We promise ourselves we’ll go to the gym every day. We swear to stick to our guns this time! But how many of you have sworn off chips or cookies and still found yourself at the grocery store buying the stuff because you are just going to have a little? Or sworn off your daily latte but found yourself in line to get just one. Before you know it you are back to your old habits.

So, how do we make lasting changes? How do we develop “willpower” so that we just don’t give in so easily? Last week we discussed how the superhuman willpower some people seem to possess might just be really awesome habits that make resisting less than healthy options and sticking with a fitness program effortless. But, how do we form these new habits? It’s not as simple as simply declaring you will never eat a cookie again. It takes some work and planning.

As we mentioned last week, we need to identify the cue that initiates our bad habit. For example, you have trouble with snacking after dinner, which is seriously derailing your weight loss efforts. However, you’re not sure what makes you start craving junk food right after you’ve eaten. Think about the cue that triggers your trip to the kitchen to hunt for snacks. Is it sitting down on the couch to watch TV or does your husband always have an after dinner snack so you feel obliged to have one too?

Once you’ve established the cue, the second step is to figure out the reward provided by the habit of going to the kitchen and raiding the refrigerator or cabinets.

This can be really tricky. Rewards aren’t always obvious. In the after-dinner snacking example, most people would say the reward is the alleviation of hunger. But, you just ate! Are you really hungry? Probably not.

To find out what is driving the habit it might take some experimentation. Try substituting different behaviors for a few days to try to narrow down the reward. Instead of going to the kitchen to get a snack, perhaps go to the kitchen and make some hot tea sweetened with stevia. The next night have a healthy snack like an apple. Next, try just going to bed earlier. Try reading instead of going to the kitchen at all. The next night you might try stretching in front of the TV. (Who doesn’t need more mobility work?)

After each new behavior is implemented, jot down the first three things you think about and how you are feeling. These things can help you identify the real reward. If you really were hungry the apple should have satisfied the hunger.

If you just wanted something sweet the tea might have helped. If you were bored, reading should have satisfied you. If you needed something to help you relax, the stretching or reading should have provided that. If you are just eating to keep yourself awake, going to bed and falling asleep might well be the reward you really need.

Analyze your notes after you’ve tried several new behaviors and identify the routine that seemed to satisfy or “reward” you in the same way that snacking did. Then you’ve identified the real reward that’s driving the habit.

Once you’ve solidified your cue and your reward, it’s time to make a plan. Yes, a plan. If we want to change the habit we need to figure out what behavior we are going to swap out for our bad habit. Instead of acting out of habit, we’ll start to choose a new behavior that will eventually become our new good habit. 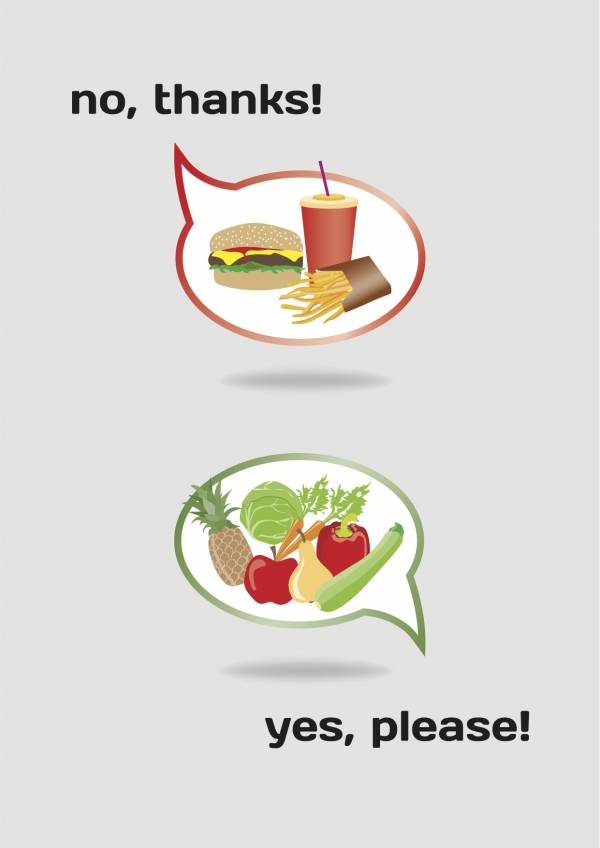 So, if you want to stop snacking on junk food after dinner you need a plan to change that behavior. Let’s say that we figured out that our cue was sitting down on the couch to watch TV after dinner. Let’s say we also established that we really just wanted something sweet, as the sweetened tea helped to keep our hands out of the proverbial (or not so proverbial) cookie jar.

So, our plan should be something like this: When I have finished dinner and sit down on the couch to watch TV, I will make a cup of hot herbal tea sweetened with stevia. Write it down. Stick it on the fridge. Stick with it. You may fall off the bandwagon occasionally, but as long as you come back to the plan the next night, eventually this will become your new habit and you won’t need to think about it anymore.

So to review, we need to:

It will take some time and some experimentation but it’s time very well spent. Once you’ve changed one bad habit it will become easier to change others and before you know it, you’re the friend with the “willpower” everyone envies.