Women In Weight Sports, Part 1: How It All Started

The topic of women participating in competitive sports, especially those deemed suitable only for men, has always been controversial. One might expect such an attitude to the hyper-masculine weight sports. Weightlifting, powerlifting, and bodybuilding owe much of the still limited popularity they have to the opportunity for masculine self-expression these sports offer young men. These were naturally considered of no interest to women.

The topic of women participating in competitive sports, especially those deemed suitable only for men, has always been controversial. One might expect such an attitude to the hyper-masculine weight sports. Weightlifting, powerlifting, and bodybuilding owe much of the still limited popularity they have to the opportunity for masculine self-expression these sports offer young men. These were naturally considered of no interest to women. However, even the less vigorous activities have been deemed unacceptable for women in decades gone by.

The main argument that kept women out of sport for years was the idea that athletic activity would de-feminize women. This could happen in any number of ways so girls were directed to other “more suitable” activities. Even simple exercise for women was not considered ladylike by many. Myths abounded, some of which follow.

Sports Will Make You a Lesbian, Barren, or an Old Maid

The athletic H-bomb that could be hurled at any successful female athlete was that heavy sport participation would magically turn one’s heterosexual orientation a complete 180 (if it wasn’t already there to begin with). This was pervasive enough that parents prevented many girls from competing.

If lesbianism was held at bay it was believed that vigorous sport activity would somehow harm a girl’s reproductive organs. Many female athletes were routinely asked about their baby-making capacity by ignorant reporters. I always wondered about the logic here since the male organs are much more exposed than women’s in the contact sports. At that time few women competed after marriage and children so such myths flourished.

And if that didn’t work the ultimate negative outcome – feared by all – could be expected. And that was that being a good athlete would ultimately make it very difficult for a girl to find a husband. Men supposedly didn’t like women to compete, even with each other.

There were exceptions though who would help open the door for women years later. No matter how early one goes in finding the first female in any activity, sport or otherwise, someone will always point to some woman who was there sooner. Hockey had women from the start and up to WWII. After the war girls were few and far between. Returning soldiers did not want riveting Rosies, they wanted feminine women ensconced in kitchens.

One girl named Abigail Hoffman in Toronto disguised herself and called herself “Ab” and made goalie for a boys peewee hockey team in the mid-1950s. This became the ultimate “man-bites-dog” story for years. This story was always brought up by reporters as she developed into Canada’s top mid-distance runner in the 1960s. Hoffman got the last laugh, as we shall see. 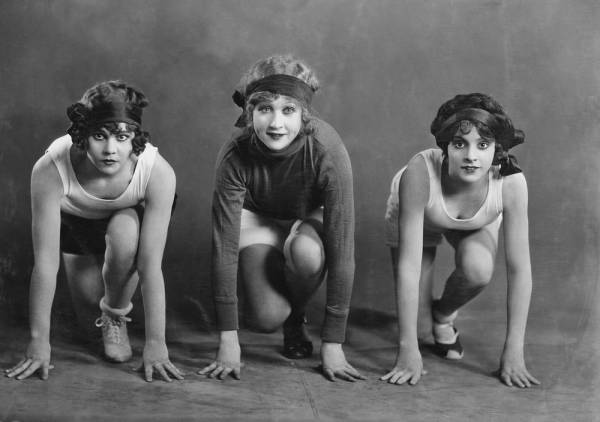 One of the arguments then was that since women were obviously not as strong, fast or skilled as men, why bother having them compete? The idea was that sport competition was to determine what human could run fastest or lift the most weight, not man or woman. The fact that men would be the clear winners in integrated events made female sport participation a waste of time. It all seemed so logical to ban women athletes.

But as the decades passed change was in the air, led by several factors. The women’s movement was probably the most significant since it came first and affected everyone. It opened the door for women to try many things that heretofore were the prerogative of only men. At first this did not affect the weight sports. Little League baseball was ambitious enough for the girls of the day. And they met a lot of resistance there.

Not too long after though came the fitness boom. Girls whose mothers would not dream of doing anything so unfeminine as exercising were now into many more sports and types of exercise. Most wanted only to “tone up” – whatever that was. But others were more ambitious. One by one boys sports were “invaded.” Coaches in those sports knew the value of weight training. Inevitably they introduced their teams to this form of training in order to win on the field. There was still resistance. Most notably one woman entered the Boston Marathon and at least one official physically tried to prevent her from entering the race course. Hard to believe today.

These sporting pioneers at first had to compete on the same teams as the men since there were not enough women to form separate teams. This was met with much resistance in some sports, notably baseball, citing dressing room problems.

While other sports were welcoming girls, weightlifting was assumed by most of us to be immune from these trends. It was just not a sport that would appeal to women, ever. Heck, it didn’t seem to appeal to many men either. There was no need to fight any female invasion by any of the old guard since none was even anticipated. 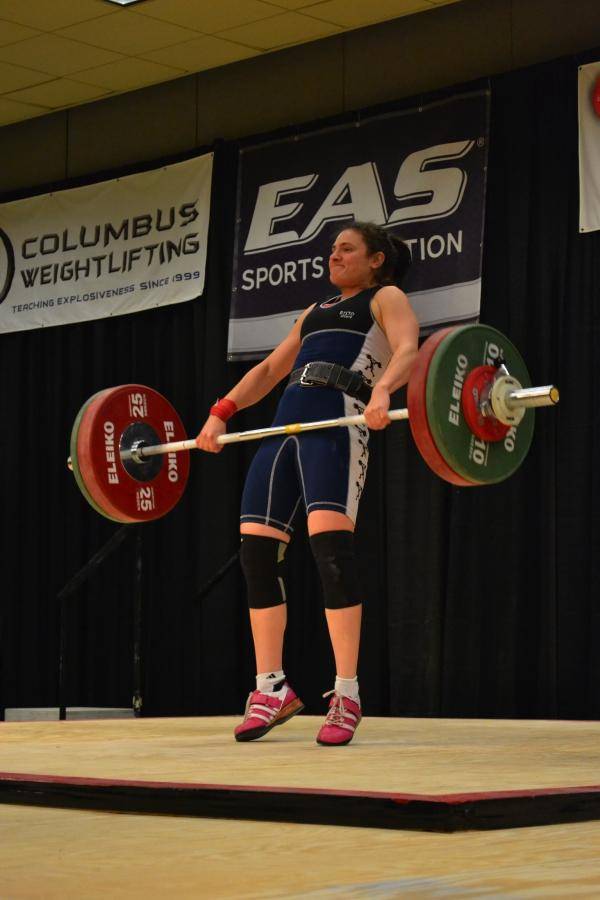 But we were wrong. The first females started entering our contests in the 1970s. These women competed against male competitors then, often winning lighter categories by default or against underweight pre-pubescent boys. They were often athletes from other sports who were already weight trained and decided to try our sport to keep a competitive edge in their off-season. These women did not feel they were breaking barriers since they had already done so elsewhere.

The true pioneers were those girls who took up lifting as their first or only sport. Often these were daughters or sisters of male lifters. Few of these girls met any resistance to their participation. Those weightlifting “orphans” who had no parental predecessors sometimes did meet resistance at home. The usual reasons were trotted out but the biggest fear was that they would become big and bulky. I seem to remember one famous bodybuilder wondering how he could get hold of this fantastic routine that could quickly and easily add all this muscle to even a woman.

Finally, stemming from the women’s movement was the institutionalization of women’s sports. In the United States Title IX mandated equal sporting opportunities for women in colleges. In my country Sport Canada, led by the now adult Abigail Hoffman pushed for this equality. This was backed up by the universities, which had always been a bit ahead of their U.S. counterparts in female sport participation, if not excellence. The culture had indeed changed.

To the coaches these women represented just that many more gold medals their team might win. And since many team titles were based on two-sex aggregations it became important to recruit good women. There was even a bonus here. Due to the newness of the female sport, it was a lot easier to develop a winning female lifter than a winning male. This would not last forever but it was a factor in female acceptance in the early days of sex integration.

This brings us to present day. In part two I will focus more on 1970 forward and examine the more recent effects of this female invasion of the weight sports.

To learn more about the history of women in weight sports read part two: