When someone from weightlifting is interviewed by the media, he or she often feels the necessity to balance the physical strength aspect of our sport with something that is more cerebral. This is a long conditioned response to the “muscle-bound-dumb jock” stimulus so often lying just below the surface when a “civilian” asks us about our sport.

A form this response often takes is to make a big deal about all of the “psychology” involved in lifting. But apart from dropping this magic word, little is said to enlighten the inquirer. When the media are safely out of the way we breathe a sign of relief and get back to emphasizing the physical and the technical side of our sport.

Thus the mental side of lifting is often overlooked by coaches, who may not feel they are competent in this discipline or may feel they have enough to handle with technique and program planning. Psychology is just something more to add to the pile, which the amateur coach can only get to after his day job. So it gets shoved to the bottom of that pile.

There has not even been much in the literature either. This again is due to the writers being trained in the biosciences and not the social sciences. There was one good attempt at discussing the soft requirements of weightlifting and that was done by the IWF itself in a book authored by its current president Dr. Tamas Ajan and Romanian coach Lazar Baroga.

This book was entitled Weightlifting: Fitness for All Sports. It had a chapter on the mental side where they outlined the main mental qualities needed to be successful in the sport. There were three such qualities, to be discussed below:

This quality refers to the ability to keep calm despite the presence of high stress. Those with this quality don’t choke when the going gets tough. Extroverts are usually better at this since they are less inclined to self-reflection and more inclined to acting out. Lifting a heavy barbell to impress others is one type of acting out. Introverts are often risk-averse so they are at a disadvantage in sports, most of which emphasize action over contemplation.

Specifically it might refer to a lifter who had planned on taking 200 kg to win but must then raise this to 210 after an opponent just did a miraculous 209 and is lighter to boot. A good lifter will just ask for 210 and then get ready to lift it, even if it is a personal record. A lesser athlete will panic and maybe start to think that silver ain’t so bad. This, even if he might have pulled it off if he had his nerves under control.

This is all just another was to say “risk-taker.” It is just like in business: those who take the risks may lose more often, but they also win more often too, and bigger wins to boot. There is a limit to such risk-taking in weightlifting, though. Too much will find one nursing nasty injuries. But too little will mean a mediocre career. The Golden Middle is where one should be. Only trial and error will tell one where that is. 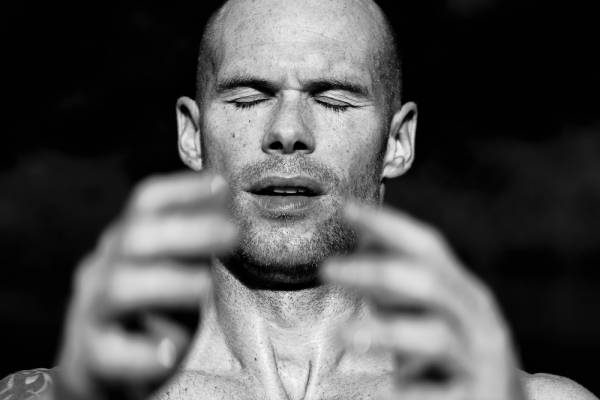 The term concentration covers a wide range in sports. At one end we have those who can concentrate on a wide area with lots going in inside it. This is what a quarterback must deal with. His concentration is wide, but not particularly deep (much like the Platte River, for you Corn Huskers). At the other end of the spectrum we have those who must be able to concentrate on a single, narrow task but to a much deeper level than our quarterback. Target sports are like this. So is weightlifting, if you haven’t already guessed.

A weightlifter needs concentration for a great effort done in a second or two, all with correct form. Here our introvert comes into his or her own. Such people are much better at this narrow focus type of concentration. They are used to living inside their own heads, so a narrow focus comes easier to them. Internal visualization of action (i.e., psyching up by imagining the successful lift) might also be more natural to them.

Weightlifting is not a sport that offers up immediate gratification to its participants. Work is hard and it takes a while for results to show, especially at the elite levels. The higher one goes the harder the gains come. Not only that, but the lifts involved are few in number so everything gets very repetitive. As someone once said, “Weightlifting training is not meant to entertain.”

Contests are few in number, also. Even a beginner will only lift six to eight times in a year in most parts of the country. That means there is a lot of boring training time between the more exciting meets. One had better learn to like this. It won’t be like Little League where you played every weekend.

As if that is not enough there are the occasional injuries to deal with. Lifting is very safe compared to other sports, but one will still get the odd nagging little injury that will interfere with proper training. You will then have to persevere for the two weeks of compromised training until your pulled muscle heals.

An impatient athlete will not stick with such a sport. If one wants to hit the elite levels they will have to learn to look to long-term goal attainment for their satisfaction.

Many outsiders assume that weightlifting recruiters probably look for the biggest (and some think also the fattest) kids who are already strong for their age, thinking this will be the determining success factor. What would be more useful is to find those who have the three above-mentioned qualities already. Strength can be cultivated afterwards, and more easily as well.

But they better get to these athletes early. These three qualities are ideal for weightlifting, but they are also ideal for many other sports, and even for life itself. Weightlifting recruiters will be fishing in the same waters as many others.