In recent weeks I have talked about various lift percentages that need to be kept in mind if you want to achieve balanced lifting (and you should). One figure I threw around for the power versions of the snatch and clean was 85%. That is, the “high catch” versions of your lifts should be about 85% of their classical, full-squat lifts. Take 85% of your best full squat lift and see how high that weight can be caught. That height determines the ideal height to which to pull a power clean. That is my favorite rule of thumb for the power lift variations, but it is not everyone’s.

(Note: I use the term “power lifts” to refer to the high catch versions of the snatch and the clean and jerk. If I want to refer to the squat, bench press, and deadlift collectively, I use the one word “powerlifts” and its inflections).

According to others a power lift is any lift where the athlete’s knees form a 90-degree or greater angle. This is easy to see from the side. In practice this standard is not much different from the 85% rule. The angles and poundage percentages will be similar in both.

Others have used the powerlifter’s squat guideline as their line of demarcation between the two versions. In short, any squat that bottoms out with the thighs at an above-parallel position is a power lift; below that it is a squat lift. Like with powerlifters though, this can get murky. Some people gauge by the top edge of the thighs, others the bottom edge, others the femur, and others still use the actual powerlifter standard where the hip crease must be below the knees. In any case these are more generous standards than the prior two.

Whatever method you choose, it should be useful in the pursuit of your training objectives. What is the best way to decide if your lifts are high or low enough to satisfy your training objectives? Before we try to answer this, perhaps it would be useful to discuss the three main technical parameters distinguishing a full classical lift from a power version. These are:

Pulling Height at the Catch

Let’s start with the pulling height. A true power clean (i.e., one that cannot be criticized in regards to height) should be pulled up to the pectoral base at a minimum, and higher if desired. A full squat version is only pulled to the waist. (Snatch lifts are pulled a bit higher in both versions). Very seldom do lifters purposely try to pull to a height somewhere between these two points. It’s usually one or the other. You will need this pulling height when you want to work on your pull speed and movement amplitude. Anything less and you are compromising your training objectives. 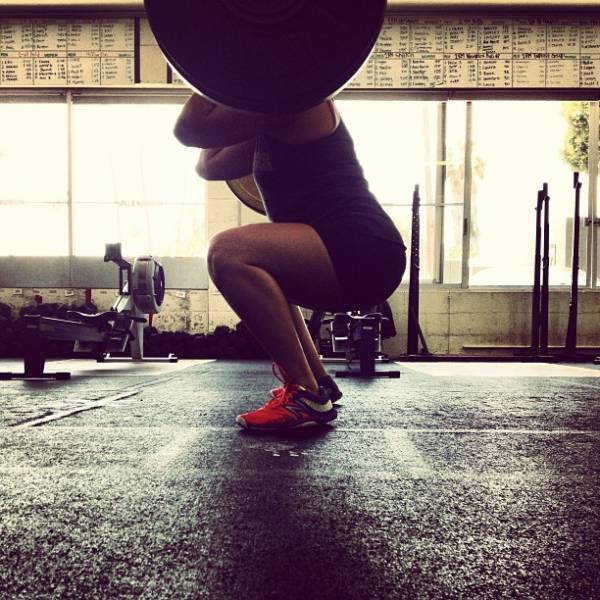 The depth of the squat-under is also significant. In a full classical version the lifter squats all the way – “ATG” or “ass to grass,” as they say. A true power lift in contrast has only a minimal squat under, just enough to rack the bar at the top. No squat-under is needed, since the bar will be pulled high enough in the first place.

As with the pulling height, there is seldom any intermediate catching depth attempted. But the reason is different. In this case, the lifter purposely tries to catch the heavy weight in such a way as to learn how to absorb the force. This is important in Olympic lifting, but it is probably even more important to football players and other body contact sport participants. This will toughen you up.

As for the amortization, just what is that? Well, “amortization” is borrowed from accounting and finance, meaning the spreading of expenditure over more than two time periods. The best example is the depreciation on your car. You may pay cash for your can in year zero but its cost should be spread over the number of years you intend to keep it. In the Olympic lifts it mean that the force of receiving a weight is spread over a certain distance as the body tries to absorb that force.

The full squat versions do an extended amortization between the time you rack the bar and the time you change direction in order to stand up. The bar is moving downwards and has a high amount of kinetic energy, forcing you downward. At that time you need to put on the breaks or the bar will crash to the platform. You break by continuing to eccentrically squat down even after the bar is racked. The clean has a longer amortization than the snatch since its greater weight requires more breaking space.

What should be noticed here is that these suggested parameters do not plan for any intermediate positions. And in fact, lifters usually do full squat Olympic lifts or they do power versions – and nothing in between. No hybrids. This is because they want to improve technique or they want to improve speed and strength – one or the other, but not both.

What Falls In Between 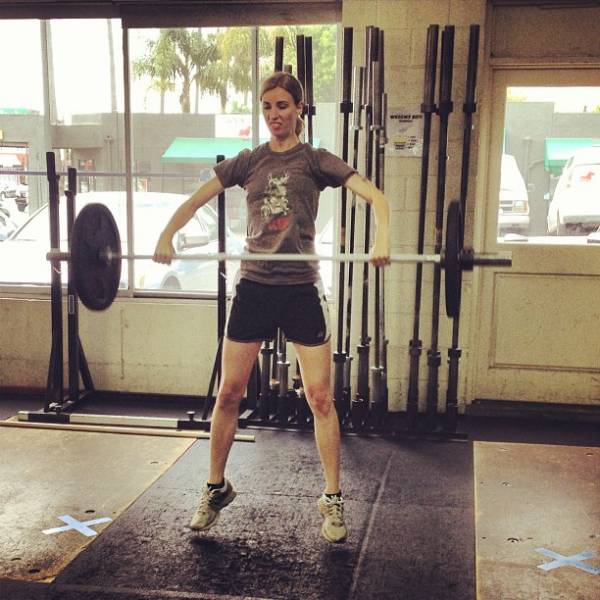 The problem with the high lines of demarcation, in regards to what defines a power lift, is that they leave plenty of borderline areas. Most of the lifts made in this borderline area are not done on purpose. They are simply lifts that did not go high enough but the lifter has enough body awareness and quick reaction times that a longer drop was possible. Other times these lifts are done because the athlete physically can’t snatch or clean any lower. Sometimes in training a lifter will pull his clean warm-ups too high or catch the heavier lifts too low. A picky coach will want to count his athlete’s lifts only if they are done inside the correct parameters. They may not want to give credit for a low power snatch or a high squat clean. The lifter may be asked (ordered) by the coach to do another one – a correct one this time.

When Amortization Blurs the Lines

Amortization is important with regard to our look at the power lifts, as they have little or none of it. As soon as the bar racks the lifter can straighten up. This is because the higher catch makes for easier control. If the bar gets away from the lifter it can usually be caught up with and saved. Not so with a squat version. If the lifter tried rising without amortizing, the lift will usually be sent out front as the lifter will typically raise his or her hips faster than the bar. Welcome to Dump City!

I think that the importance given to the lack of amortization by the latter coaches is good. I think that a height requirement is also needed in order to satisfy Olympic lifting objectives. So what defines a power lift? I will go with a 90-degree knee catch and little or no amortization. That should work with most everyone.