What Testosterone Does for the Female Body

To help understand the function of testosterone in females, researchers looked at women with limited hormone production. A study conducted by the North American Menopause Society examined women who had a hysterectomy. The study tested effects of testosterone on sexual function, body composition, muscle performance, and physical performance.

This testing showed that women who received testosterone made gains in lean mass, chest-press power, and loaded stair-climber power. Along with these gains, these women also had in increase in sexual function versus the placebo group. The frequency of adverse events was low. This demonstrates testosterone’s effect on women’s metabolic systems in regard to fitness and also as an androgen or sex hormone in regard to the increase in sex drive.

Testosterone and Fitness in Women

The question many women have is how does testosterone affect them in regards to metabolic function and their fitness? We see many studies about testosterone and men because it is their primary sex hormone, but we see less research about females. This is most likely because women do not have the kind of testosterone fluctuations that males do. But there are some studies available on how women’s free testosterone affects them and I’ve put together the most relevant information for you. 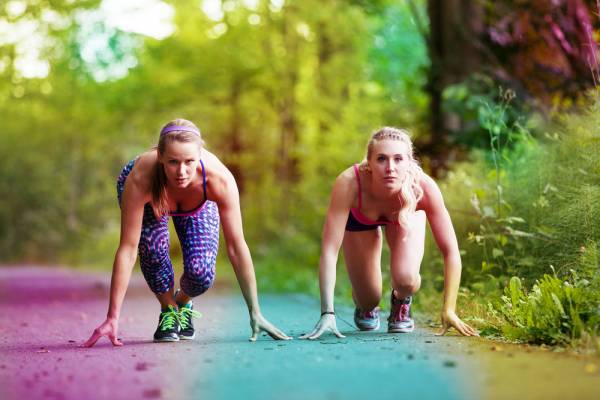 It might seem strange to think about psychology when it comes to androgen response, but psychology does affect androgens – especially in competitive females. The activation of androgen response is known to be mediated and moderated by psychological factors. In the study published by Frontier Psychology, researchers aimed to test the hypothesis that testosterone changes after a competition are not simply related to its outcome, but rather to the way women evaluate events. In this particular study they tested two evaluative dimensions of social interactions: familiarity with the opponent and the subjective evaluation of the outcome as threat or challenge.

When something is perceived as a challenge, it’s because the subject’s coping resources exceed the demands of the task at hand. In this particular study, women competed in pairs against same sex opponents using the number tracking test as a competitive task. The number tracking test requires participants to connect a sequence of consecutive ascending numbers arranged in a matrix and surrounded by distracting numbers. Losers appraised the competition outcome as more threatening than winners, and displayed higher post-competition testosterone than winners.

The study results concluded that threat, familiarity with the opponent, and testosterone response were associated only in the loser condition. Moderation analysis suggests that for women who lost the competition, the impact of threat on testosterone is moderated by familiarity with the opponent. We can infer that this familiarity does increase testosterone, but the threat was in the outcome. In an unfamiliar opponent, the threat to the female was in the task. This can explain the competitive drive in females that occurs particularly after losing an event. In many women, losing an event instills the urge to work harder as to not repeat the outcome.

Response of Testosterone to Aerobic Exercise During Menstruation

Menstruation is one of those things that only women do every month, and I know most women still work out while menstruating. One thing we women all know is that our hormone levels vary over the course of a month.

Look at your period as the start of menstruation – that is day one. Usually a period last around seven days, so around days eight to eleven, your estrogen begins to rise and you are in the proliferative phase. Days twelve to thirteen are when your estrogen is the highest. If you don’t fertilize an egg, your estrogen will lower during the secretory phase, which is around day eighteen, until you stop producing estrogen at around day twenty. Remember, bodies are different so these are rough estimations in normally ovulating women.

So based on the fact that women’s hormone levels vary, a study conducted by The Applied Physiology Laboratory in the Department of Exercise and Sports Science at the University of North Carolina aimed to examine the androgen response to exercise in women under conditions of high and low estrogen levels.

Ten exercise-trained eumenorrheic (normal menstruation) women completed a sixty-minute treadmill run at seventy percent of their V02 max during both the mid-follicular (when the ovary prepares to release an egg) and mid-luteal (beginning ovulation and the egg releases from the ovary) phases. Blood samples were taken pre-exercise, immediately after, and thirty minutes into recovery from exercise. Samples were analyzed for total testosterone.

Results concluded that there was no significant interaction between high and low estrogen conditions across the blood sample times. Meaning, it did not matter where women were in their menstrual cycle in regard to the degree of interaction with testosterone. However, a main effect occurred for exercise with the post-testosterone concentration being greater than pre-exercise, although pre-exercise versus thirty minutes after was not different. All testosterone hormonal concentrations immediately post-exercise greatly exceeded the baseline levels.

We can conclude from this study that prolonged aerobic exercise induces short-term elevations in testosterone in trained, eumenorrheic women, which appears to be unrelated to estrogen levels and menstrual cycle phases. These increases may occur due to either increased androgen production and/or decreased degradations rates of the hormone. So basically, when you work out, your body is either making more testosterone or destroying less of it. Either way, you end up with a higher total level right after you exercise. 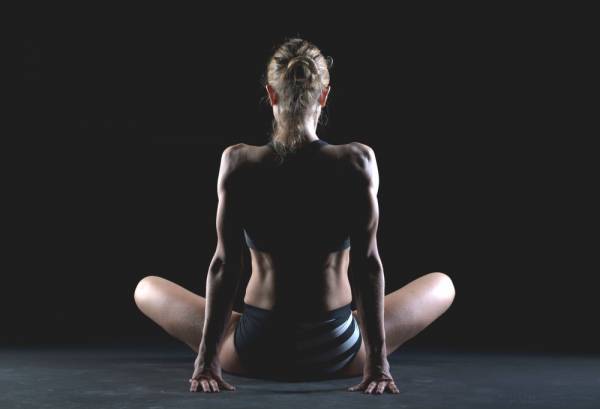 As we learn more about how testosterone affects women, the more we will discover how it can either benefit or hinder women in their fitness goals. Testosterone is important to female metabolic, sexual, and muscular function. And just like with men, it is important for women to have a healthy hormone balance. You don’t want too much or too little of any hormone in order to make your fitness goals. Since testosterone is not the primary hormone for women, we will have a lesser concentration than men, but there is a level that is still considered normal for us. As long as we are at this level in the body, we will remain healthy and fit.