It was a terrible and unnecessary event that occurred to Arielle Newman, the young track star who died suddenly back in April 2009 from absorbing lethal levels of methyl salicylate. Methyl salicylate is a topical analgesic that helps the temporary relief of muscle aches and pains, and can be found in over-the-counter products such as Ben Gay and other ointments. When you hear devastating news of someone dying from something like this – especially someone who is only seventeen years of age – it stops you right in your tracks.

Shortly after hearing about this tragedy, it made me think about why this young athlete got to this point in her athletic career and ended up dying. One reporter on the news stated that Arielle was using this balm on a constant basis to alleviate sore muscles and sore joints. Sore muscles in any athlete are understandable (to a certain degree, of course), but aching joints? I think we can all agree that any hard-training athlete is going to experience muscle soreness, but a seventeen-year-old having persistent joint pain? That sends up a red flag with me.

Let’s, for the moment, downplay her persistent joint pain and say that it may have been overstated. The question remains, how did her daily need for muscular relief go unrecognized by her coach, parents, teammates, or even herself? Maybe she just thought pain was just part of the game. Maybe her coach or parents expected her to perform regardless of her ailing. Or maybe she just thought this is what she had to do to achieve her goals. I guess we’ll never know, but what we do know is that soreness – muscular or joint related – on a steady basis is not a healthy or desirable scenario for any athlete of any age. It can lead to injury, physical and emotional burnout, self-esteem issues, depression, female triad, and much more.

We must recognize that a lot of today’s young athletes are self-driven, while others, let’s be honest, seem to have competition thrust upon them. Parents who were athletes themselves or who are trying to make up for their failed athletic youth attempt to live vicariously through their children and tend to push their kids, even to a point of injuring them. We even see it in the professional arena when players suffer a concussion one week and are back on the playing field the next and, somehow, this represents the heart of a warrior.

In my mind, it represents the irresponsibility of a coach and its organization. Some kids are unfortunately misguided by some well-meaning authorities who lack constructive knowledge or experience. These authorities impose unruly requirements on their athletes by applying unsafe training methods and emotional demands. Whoever is to blame is not the gist of the matter at this time, but the fact is that there needs to be awareness brought to everyone’s attention. There is potential for dangerous outcomes to any athlete who is subjected to this pedal-to-the-metal philosophy to improve performance. The fact that one-third of young athletes are sidelined due to injury is a staggering number and needs closer consideration.

Look After My Child 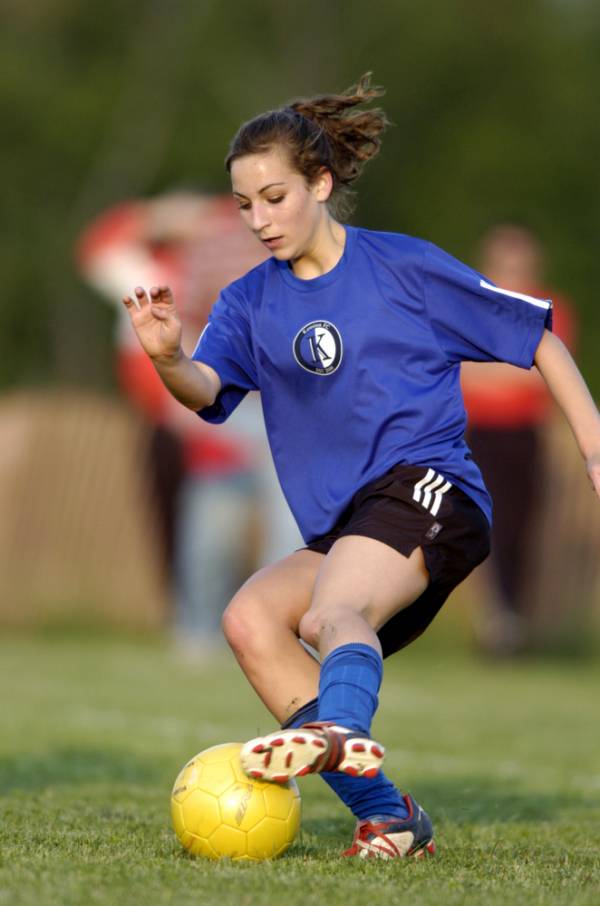 So what parent doesn’t want to see their kid be the best they can be? Most parents will send their kids to all kinds of camps, instructional programs, and strength coaches. They will buy their kids the top of the line equipment in order to provide the greatest opportunity. But, as a parent, it is my opinion that your primary responsibility is to protect your child. As a coach, you have the same responsibility – protecting, educating, and nurturing the youngsters who are under your care.

This responsibility is not solely directed at what you can get out of them for their time under your tutelage, but strong consideration must be given as to how it will affect them for life. I recall hearing legendary strength coach of thirty years, Mike Gittleson (of the University of Michigan football program) say in a seminar that his responsibility first and foremost was to the safety of his athletes. Mike’s attitude exemplified a coach’s main responsibility when he said, “Don’t worry. Mom, I’ll take care of your boy.”

In a national survey, it was shown that “nine out of 10 parents underestimate the length of time kids should take off from playing any one sport during the year to protect them from overuse, overtraining and burnout. According to The American Academy of Pediatrics (AAP) and the American Orthopaedic Society for Sports Medicine (AOSSM), children should take 2 to 3 months, or a season, away from a specific sport every year. Young athletes are encouraged to take at least 1 day off each week from organized activity.” With kids playing school sports, participating in traveling teams, and signing up for any additional physical activities, it’s no wonder kids are becoming injured more often and more intensely.

Parents as well as coaches, and even the athletes, need to plan an appropriate athletic program that allows for recovery, safety, and progression for a youngster to perform at his or her very best with minimal downsides to participating in a sport. I’m all for competition and a go get ‘em attitude but not at the cost of injuring someone. Striving to be the best is fine, that is what builds champions on and off the athletic field, but we need to recognize that success can come with a price that just isn’t worth paying some times.

Fred Fornicola, B.A., is the owner of Fit By Fred in Asbury Park, New Jersey. Fred is a fitness professional, personal trainer, strength and conditioning coach, fitness consultant, and lifestyle fitness coach, as well as a published author. He has been involved in the field of strength and fitness for over 35 years. Fred has authored more than 250 articles on strength and fitness and has been featured in numerous publications includingCoach and Athletic Director, Hard Gainer and Master Trainer. In addition, he pens regular columns on health and fitness for various Internet websites along with contributing to several blog spots.

Fred was one of the contributing authors of the bookGet FIT NJand co-authored the best-selling bookDumbbell Training for Strength and FitnessandYouth Fitness: An Action Plan For Shaping America’s Kidswith Matt Brzycki. Fred is also the editor-in-chief forStrength and Fitness for a Lifetime: How We Train Nowas well as theHigh Performance Training Newsletter. He has also co-written theYouthFIT Certification Programand was instrumental in founding theJersey Shore Health & Wellness Group. Fred also serves as a volunteer AAU basketball coach for the New Jersey Express.