At the recently concluded NSCA National Conference, I attended a presentation about program design. The presenter was my long-time cohort Bob Alejo, currently the Assistant Athletic Director of Strength and Conditioning at North Carolina State University.

Bob has worked at UCLA, UCSB, and Chico State, as well as having done two stints with the Oakland Athletics. He was also the strength and conditioning coach for Phil Dalhausser and Todd Rogers, the winners of the 2008 Olympic Games beach volleyball gold medal. Bob has been around for awhile and knows his stuff.

As expected his presentation was packed as throngs of aspiring coaches were anxious to find out how he plans his programming. Bob didn’t disappoint.

He put up slide after slide of spreadsheets detailing just how he planned all of his annual cycles for a variety of sports and even positions within those sports. He explained the reasoning and justifications for his planning strategies and provided a great perspective on the process of program design in a major college athletic department. I thought this was particularly revealing to this audience.

The Myth of Training Secrets

For all the time I’ve been involved in the weightlifting and strength training communities, there has always been the suspicion that the top practitioners had secrets. The obvious secret has to be concerned with pharmaceutical enhancement, but the concept of secret training has also been perpetuated for decades.

The concept of secrets is more myth than reality, but it is perpetuated by individuals who are more concerned with the marketing of training information. It is also, as it turns out, another excuse for explaining away failures should the individual in question not have access to the “secrets.”

Personally, I’ve been talking to weightlifting coaches from around the world since 1978, and I’ve yet to run into one who was interested in concealing his training programs. Many of them were willing to write up a program on the spot just for the purpose of demonstrating the process involved. It reminded me of when I used to teach a rigorous physiology course to my high school students. Some would ask me why the complexity and I’d reply that it meant there were more people in the world with whom I could someday have an interesting conversation. 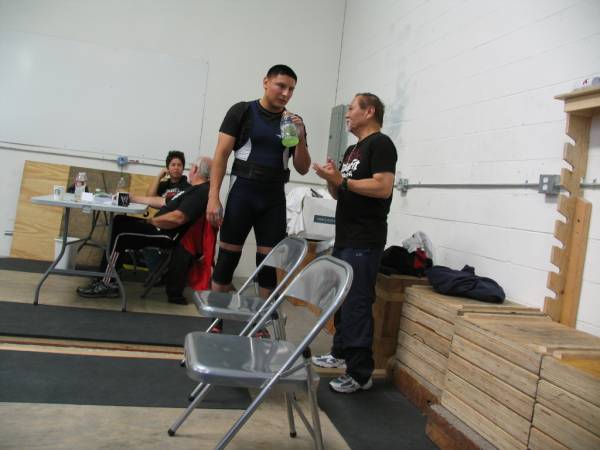 Talking with a student about programming.

The Program Is Only One Part

In other words, a large part of the magic lies in the implementation of the plan. If the coach cannot perceive the effects of the training on the physiology of the athlete, the training program could go unaltered and optimal results might not be realized.

Bob Alejo knows this. Every top coach knows this. Every aspiring coach needs to learn this. While good training requires good planning, it also requires good modification and the coaching skills to elicit a top performance during the heat of battle. The secret is not the training program no matter what the guru tells you. And while you’re at it, don’t trust anyone.