Simplicity isn’t sexy, but it’s the only “weird trick” you need to know.

We all love to talk about programming. The term evokes a sense of tapping into our own genetic code and using some secret program (“One weird trick!”) to unlock our hidden genetic potential. We get caught up in the more mythical implications. We tell ourselves the more complex and profound our programming is, the more complex and profound our results will be. But this is rarely the case, particularly where strength is concerned.

There are plenty of articles that go into exhaustive detail on sets, reps, and percentages. I’m not going to do that. Instead, in this article we’re going to take a look at the big-picture stuff that most people completely ignore. These aspects of training are far more important than how many sets you did at 92.5% of your one-rep max.

A few years ago, a close friend of mine started CrossFit. She had gotten into fitness a few months before that, but was doing her own stuff, mostly some running and circuit training at the gym. As far as I know, this was the sum total of her training history. About a week into CrossFit, she texted me asking how she could recover better.

I have to be honest. I had no fucking clue what she was asking me.

The concept of “recovery” has become a hot ticket subject in the last couple of years. I think the unfortunate truth is that most of what’s talked about when it comes to recovery is either complete bullshit or at the very least, scientifically dubious.

When an athlete says, “I’ve been tracking my workouts, and my objective performance markers are starting to plateau or backtrack. I don’t think I’m recovering enough,” that is a hugely different observation than, “I’m really sore and it hurts to work out. I need more recovery.”

The hard truth about long-term training goals is that you’re not always going to feel great.

Some days you’re going to ache all over, and other days, weird muscles are going to be sore. If you’re like most people, you probably won’t ever hit a point where training hard doesn’t leave you feeling a little beat up. You will, however, hit a point where being beat up just isn’t that big of a deal. Part of evolving as an athlete is realizing being strong is not for the faint of heart.

If you’re obliterated after every workout, it isn’t your recovery. It’s your work capacity. (Photo courtesy Cara Kobernik)

Most peoples’ perception of their recovery is based on subjective information. In my friend’s case, she not only felt like garbage, but she couldn’t perform in the gym the way she had only weeks ago. But her problem was not inadequate recovery or the need for more foam rolling and ice baths. The problem was a lack of proper progression and recognition of work capacity.

You can’t go from zero to 100 in three months and start working out 2-3 times a day after doing nothing for ten years and think you can make up the difference with “recovery.”

You can build your work capacity fairly quickly, given proper dosing and a reasonable timeline, but you need to use a practical progression. I realize doing a certain workout and steadily titrating your training load to increase adaptation without crossing the threshold into un-recoverable territory isn’t exciting or sexy. The truth rarely is.

“You’re not overtrained, you’re under-recovered,” is a convenient myth for most people. It allows them to ignore the root of their problem: excessive programming. If your goal is to keep training and progressing for as long as you can, understanding proper progression is paramount. You can’t cheat biology.

Let me ask you something. If you were going to put a nail through a piece of wood, and that was all you had to do, what tool would you choose? A hammer is probably the simplest choice, right?

So it is with programming. Complexity for the sake of complexity doesn’t add anything of value. Your programming only needs to be as complex as the task demands. In the case of hybrid athletes and Games competitors, there is a fair amount of necessary complexity. For most people, however, the complexity exposes them to unnecessary risk and, more importantly, takes the emphasis away from the more meaningful work.

Powerlifting is probably the most common example of this issue. Here we have a sport where you sign up months out and only have to perform three specific tasks well. Yet powerlifters are doing all sorts of weird shit. It’s one thing if you are including a weird assistance exercise for a specific reason, but I interact with enough powerlifters to know the reasons often aren’t specific.

“Are board presses good?” I don’t know, do you have trouble locking out or with a specific sticking point?
“What about deficit pulls?” Do you have trouble breaking the floor?
“Pause squats?” If you’re getting stuck in the hole, sure!

Most people wouldn’t ever ask if a hammer is a good tool. It’s good insofar as its purpose fits the task. Programming is the same way. You don’t need endless variations and fancy assistance exercises. You need the simplest possible tools that are adequate to address the task at hand. One of the worst ideas to ever permeate the mainstream was that cross-training is always superior to specificity. It’s not.

There Is No Short Game

“Fitness is a journey.” It’s probably one of the biggest clichés in the industry. And like many clichés, it happens to be true.

In most cases, the thing that drives people to excessively complicated and intense programming is a misunderstanding of timelines. You can certainly make some awesome progress in a short period of time. Most people can get in the best shape of their lives in less than a year. The trouble is confusing the best shape of your life with the best shape anyone’s ever been in. Being the fittest you’ve ever been probably still doesn’t make you a professional athlete. This, for some reason I’ll never understand, seems to offend people.

There are things you can do that may improve your short-term gains at the expense of your long-term health or training career. I’m not going to tell you training like a crazy person isn’t effective and that’s probably the hardest part of all of this. Training like a madman is extremely effective in the short term. The trouble is that it’s not sustainable. You want to lose thirty pounds in a month? You totally can. You probably won’t keep it off and it’s probably not the smartest approach but it’s possible. Possible and optimal are not the same thing.

This is the real “one weird trick” of working out: Over time, consistency and effort applied in a wise and realistic manner will outweigh pretty much everything else. You cannot circumvent this basic truth of training with secret programs or shortcut protocols. 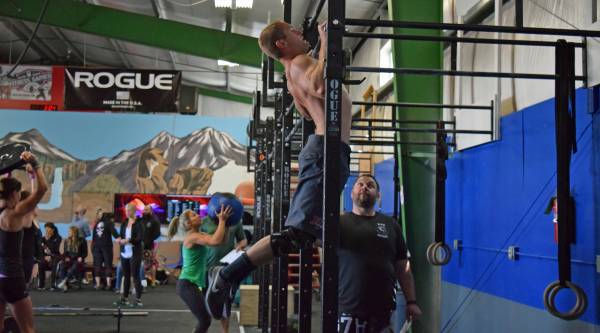 Training your brains out can work for awhile, but it’s not a recipe for long-term success. (Photo courtesy Cara Kobernik)

Keep It Simple, Succeed for Life

I’ve been in the game for a little under twenty years now. In that time I’ve seen a lot of people come and go. There’s never any shortage of wildly impressive physical feats and short-term transformations.

For all that, I can tell you the following with absolute certainty: The people who’ve made the most progress and stayed the healthiest are not those with the flashiest routines or the most scientifically calculated programming. They’re the people who show up day after day and follow a program specific to their goals. Simplicity may not be sexy, but when it comes to strength, it’s the name of the game. 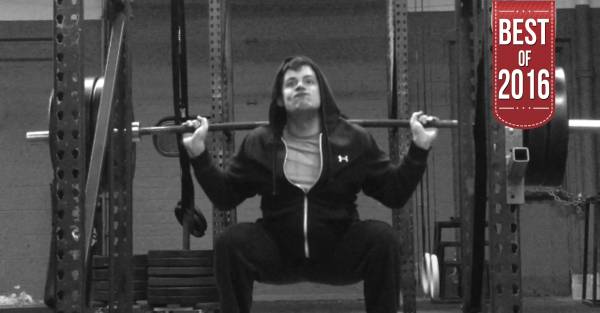 If you aren’t making progress, there’s another question to ask yourself:

Are You Working Hard Enough to Succeed?

Coaches: Are you overthinking your athletes?

A Simple Programming Formula for Any Client