Are you even aware you possess muscles that perform multiple joint functions? That is, a commonly-known flexor at one joint may also be a flexor or extensor at another joint. These muscles are known as two-jointed muscles (TJM), also called biarticulate or biaxial muscles. Our bodies are amazing machines, and TJM’s contribute to this amazement.

A two-jointed muscle crosses two joints, thus making it a bit more complex in its functions. Interestingly, all major joints of the body – the shoulders, elbows, hips, knees, and ankles – are governed by at least one TJM. Here are three lower-body two-jointed muscles, the joints they function at, and their actions:

Before we go further it is vital to understand this general rule: Taking a TJM out of one of its functions maximizes the muscle’s potential when performing the other function. Performing both functions simultaneously weakens the combined effort.

Here’s a practical example with the hamstrings. In a standing position, extend your right leg backward as if you’re kicking your heel backward. Now, simultaneously flex your knee by bringing the heel of that right leg to the buttocks. Ouch! That cramp sensation is a result of the hamstrings expressing both of their functions simultaneously: hip extension and concurrent knee flexion. These actions are weak because the muscle is being forced to perform double-duty.

Think about this: why do sprinters incur hamstring trauma during an all-out sprint? There is lightening-fast hip extension (ground push off) followed by a rapid knee and hip flexion (recovery phase of that limb). It’s a volatile situation that can compromise the hamstrings and why the infamous “pop” can be heard when an athlete tears hamstring muscle fibers. While we’re on the hamstrings, let’s go into more detail and discuss the implications for training them.

All three hamstring muscles (except the short head of the biceps femoris) cross two joints – the hip and the knee. They originate at the tuberosity of the ischium (pelvis) and insert on tibia (semitendinosus and semimembranosus) and fibula (biceps femoris long head). Again, they assist with knee flexion (heel to buttocks) and also hip extension (extending the thigh backward). The short head of the biceps femoris is a single joint muscle that originates on the upper part of the femur and inserts on the fibula.

To maximally target the TJM hamstrings in their knee flexion role they need to be removed from their role as hip extensors. Google a photograph of a vintage leg curl machine from years ago. What you will see is a flat surface the exerciser laid prone upon. The flat surface was not completely effective because it placed the hips in an extended position. As we know, full hip extension minimizes the potential of the hamstrings to maximally address knee flexion.

To maximally target the TJM hamstrings in their hip extension role they need to be removed from their role as knee flexors. However, to minimize lumbar (low back) stress, a slight knee flexion should be used. For example: 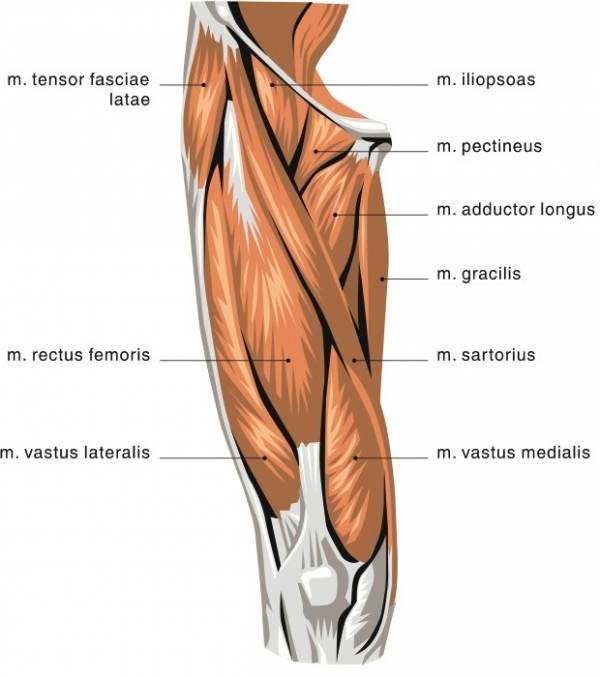 The quads. Yes, they extend the knee joint. But wait, one of those four muscles also flexes the hip. It’s the rectus femoris. The rectus femoris originates at the iliac crest (pelvis) and inserts on the tibia (lower leg), thus it crosses two joints. The vastus medialis, vastus intermedius, and vastus lateralis originate on the femur (thigh) and insert on the tibia, thus making them single-joint muscles.

To maximally target the TJM rectus femoris as a lower leg extensor, the ideal exercise is the sissy squat (hips extended, knee flexion emphasis). I believe the rectus femoris is discriminated against because most leg extension machines have an upright (or slightly declined) back rest which puts the hips in flexion while knee extension is attempted. Ideally, the leg extension would be done lying complete supine (torso parallel to the ground), but these devices are extinct. Because three of the four quadriceps muscles are single joint, the upright leg extension exercise is a moot point for these knee flexing-only muscles. The majority rules, unfortunately, for the hip-flexing rectus femoris.

Want to work the calves? Think heel raises or toe presses. It’s simple stuff, but there’s a bit more to it. The gastroc originates on the condyles of the femur and inserts via the Achilles tendon on the heel, hence, its two-jointed nature. Rise up on your toes (ankle plantar flexion) and you work the gastroc. However, this also flexes the knee so there are other steps to take in order to maximize its functions. 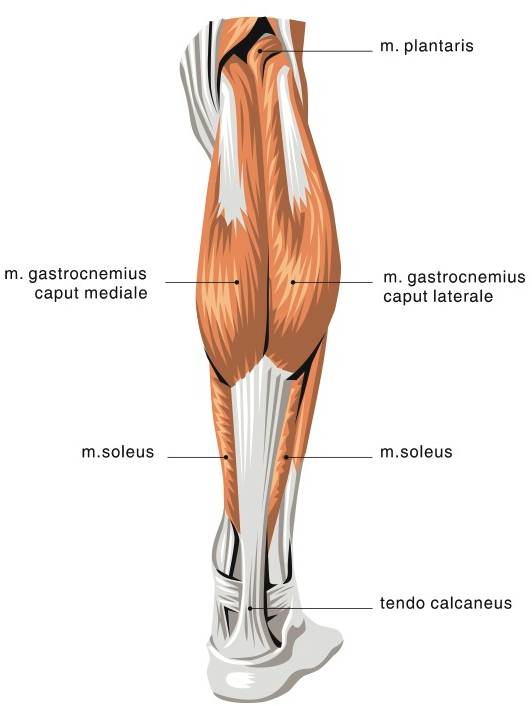 To maximize the gastroc’s ankle plantar flexion function, perform heel raises or toe presses (on a leg press machine) with the knee extended (removing the gastroc from its role in knee flexion). Standing heel raises on a calf machine or with a barbell or dumbbell are perfect for this.

What about calf raises on a seated calf machine? Well, let’s do the math: the knees are flexed so the gastroc is compromised as a plantar flexor. So, the seated calf raise is primarily a soleus event. The soleus is single-joint, originating on the tibia and fibula and inserting with the gastroc on the heel.

Well, there you have it. Now you know a bit more about your muscular system and how to maximally target TJM. In this article I address the TJM of the upper body.