Depending upon who you ask the question, “Should I wear a weightlifting belt?” you can end up getting an emphatic “yes”, a condescending “no”, or an uninterested “I don’t care.” For instance, powerlifters obsessively use specialized weightlifting belts while CrossFitters are proud they never do. Bodybuilders are split with some believing belts essential for both safety and performance reasons and others believing them to actually INCREASE your risk of injury over time. Olympic lifters don’t really care either way.

Given all of that, it can be hard to parse out an easy answer to what seems like a simple question. I’m going to lay out the pros and cons.

Should You Wear a Weightlifting Belt? Pros

All of the upsides to wearing a belt come down to the idea of intra-abdominal force or pressure. A study done by Miyamoto, et al. found that “Intra-muscular pressure of the erector spinae muscles increased significantly by wearing the abdominal belt during Valsalva maneuvers and during maximum isometric lifting exertions”. In short, if you increase the pressure in the abdomen, then you better stabilize the whole area which makes for a safer environment for the spine and can increase your ability to lift heavier weights.

Another study by Kingma, et al., showed that, “Wearing a tight and stiff back belt while inhaling before lifting reduces spine loading. This is caused by a moment generated by the belt rather than by the IAP (intra abdominal pressure)”, which suggests that there may be even more reasons why belts are beneficial.

Let’s go over the three kinds of belts that are in use most widely and the potential benefits of each.

Powerlifters wear belts like the Inzer Forever Belt primarily because it allows them to squat and deadlift more weight. The potential safety benefit is a secondary concern.Belts designed specifically for the sport of powerlifting are heavy duty, stiff, and the same width all the way around. The fact that there is more surface area of your abs in contact with the belt, combined with the fact you’ve got a buckle that can be pulled as tight as you want without coming undone makes for a remarkable amount of internal pressure build up. 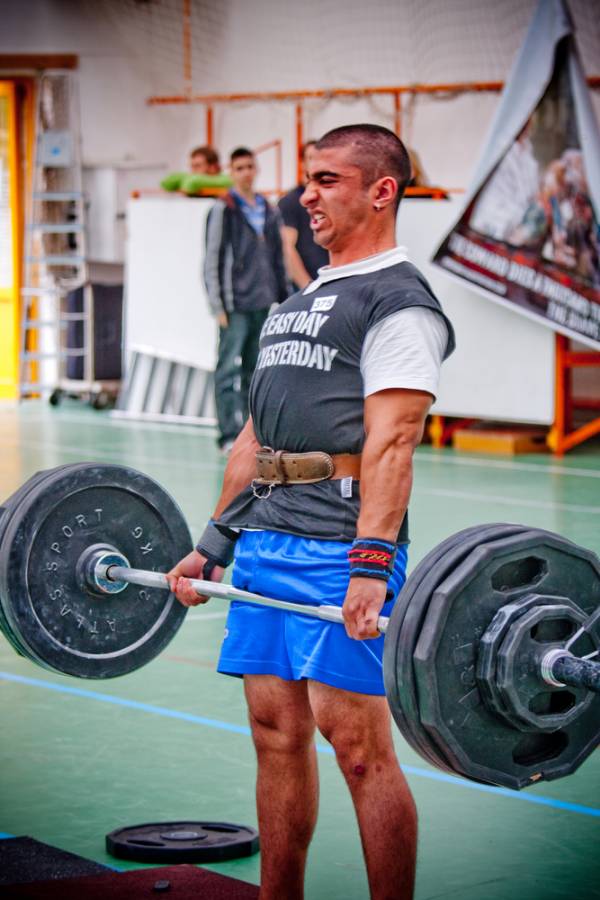 Velcro belts, like the Harbinger I reviewed a few months ago, are on the opposite end. They are generally made of some synthetic material and because it is being held onto your body with only Velcro, there is a limit to how much force can be exerted against it before the Velcro simply pops off and your belt loosens. The amount of intra-abdominal pressure they generate is far less. You may get some added injury protection out of these, but you won’t get much of a performance boost.

These belts, like this Gymreapers version, are made of leather and are thicker in the back than in the front.They are only as thick as the belts that hold up your pants. They buckle and fasten in the same way as a powerlifting belt – they just aren’t as strong.

They are a hybrid in terms of what you are getting out of them.

Should You Wear a Weightlifting Belt? Cons

There are two major arguments against the use of a belt. Below I go over each, and my response to them.

The first concern is the belt might inhibit proper motor learning. Many of the best exercises in the gym require a correct pattern of recruitment of the abdominals (including the obliques and transverse abdominals). With beginners, weight belts circumvent their learning of how to “squeeze” their abs tightly and in the right ways during a heavy lift. The belt just takes over. 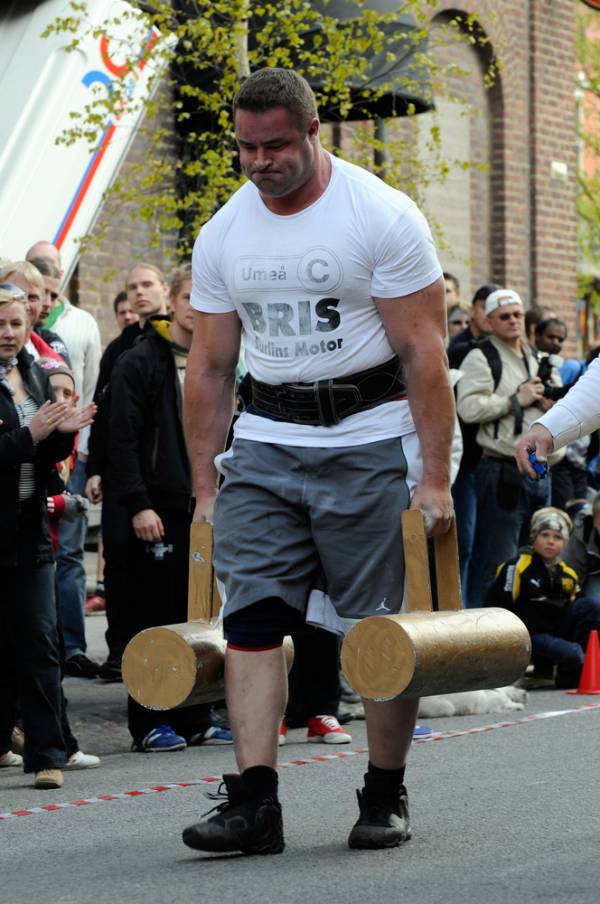 This issue, however, is pretty easy to get around if you have a good coach or you are paying attention. You should never use a belt in place of proper core work, stabilization, and technical learning. But that should be obvious.

2. Belts Make Your Lower Back Wimpy

The second concern is that wearing a weightlifting belt is going to cause your lower back to be weaker than it would have been without it. Why? Because it will take stress off the back and stress is what drives adaptation.

Let’s think about this for a second. The strongest deadlifters in the world nearly all wear belts all the time in training and competitions. Do you really think they have weak lower backs because of their obsessive use of a belt? Putting on a belt MIGHT lower the amount of stress on the low back by some amount, but that difference is more than made up for by the additional weight you will lift via a boost from internal pressure or even just the psychological boost you get when you feel safer.

The correlation between those who wear belts and those who are crazy strong is very high.

So What Do I Recommend?

I’m in the “I don’t care either way” crowd. What I will say is if you DO wear a belt, stick to the simple Velcro kind. Avoid use of the hard leather variety. I know they look cooler, but I’m against using belts for the specific purpose of performance enhancement unless you are a competitive powerlifter.

The Velcro belts will give you a performance boost, but it is rather minimal. The reason you decide to wear one or not should be based solely on whether you believe it will keep you more stable and therefore less injury prone. My recommendation, therefore, is based upon the use of the Velcro-style belts only.

Many of my own lifters wear a weightlifting belt, and many others never do. Some wear them on every lift – even warm ups! Others won’t touch them except on their heaviest sets of clean and jerks, squats, and deadlifts. I can tell you from my own experience that when I’m wearing a belt for all of my heavy lifts I never hurt later. But, if I DON’T wear the belt, I DO hurt later. You might argue I simply didn’t wear a belt for a long time that I’d eventually adapt. But, keep in mind I lifted very seriously for over a decade never wearing a belt. I’ve done both, each for quite some time. I prefer wearing a belt.

The point is wearing a belt is a highly personal decision, but it shouldn’t be taken too seriously. If you feel more confident wearing it, wear it! If you find it awkward and uncomfortable, don’t.

All that matters is that you never let someone ELSE decide for you.