Weightlifting Coaching Cues: On and Off the Platform

Coaching cues should be simple and understandable. Learn how to break your cues down into learnable chunks and how to apply these cues both in the training room and on the competition platform.

Coaching weightlifting is a form of teaching. A big part of pedagogy, the process and art of teaching, is making communication efficient and accurate. Through regular training, the coach should familiarize the athlete to a series of cues, each having very specific meaning as to the emphasis of the performance. These cues should be short, to the point, and consistent. This will make platform coaching at competitions much more effective.

The Altered State of Competition

I’ve experienced it and I’ve spoken with so many athletes who’ve been in it as well. It’s that point in the competitive experience when everything around you within a certain radius is crystal clear, and all outside sensory inputs are dampened. Your mind and body are free to perform, and though an audience can be making noise, the sound is muffled and indistinguishable. The only distinguishable sounds that can be heard clearly are the cues provided through the voice of your coach. This is why coaching cues are so valuable.

As a coach you should be concerned with developing a series of short, simple cues that will place emphasis on appropriate parts of the movement patterns of the lifts. While they may be unique to you and your lifters they should have enough relevance to the specifics that newcomers can understand them easily.

Now when you have been coaching a given lifter for several years, and that lifter is athletically gifted and has thoroughly mastered technique, there is very little coaching to be done at the competitive platform. If your other lifters have yet to reach this stage, you will probably need to provide a cue during the competition.

One Cue At A Time

When you start out training an athlete you should be breaking down technique into learnable chunks. You should develop simple cues to remind the athlete of the correct position/movement pattern for the worst aspect of that chunk of technique. For instance if an athlete is letting the bar arc away from the body during the pull, “elbows” might be an appropriate cue to remind the athlete to raise the elbows to the sides. Once the technical problem is corrected for that athlete, the cue may only be used infrequently when the error creeps back or perhaps never again.

So if you are coaching the technique of the snatch, you would break the technique down into learnable chunks, and begin to work on them. Select the easiest ones for the athlete in question, and use those at the beginning of the session to develop some “technique momentum,” and then proceed to working on the one that is the cause of the greatest problem while the nervous system is still fresh. Keep in mind that technique training can only be done for a short period of time at the beginning of a session. Working beyond the fatigue point of the neurons will cause the athlete to develop improper motor pathways.

Another thing to remember is that two athletes may have different parts of the learning chunk that cause them problems. In this case you may need to correct each error and hence develop two different cues. Your goal is to get your athlete to the point where you only need to use one cue, and then proceed further to no cues.

Here are some cues that I use from time to time and what they mean. They are not necessarily original. They are only meant to be functional. 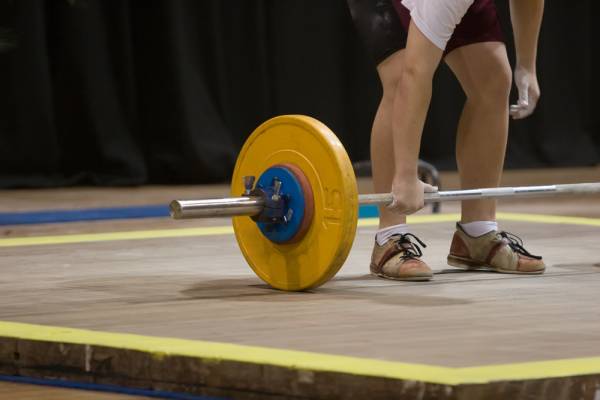 Coaching cues on the competitive platform should only be employed to focus the athlete’s attention on the one area that might be neglected. This is, of course, very individual. There should be no more than two, usually just one cue offered. If you need to give more, then you have not been coaching this athlete properly during training, and he or she is not ready for competition.

Some of you may have been watching the live streaming video of the recent Olympics and noticed a lot of coaching vocalization on the part of some coaches. This is not the norm, nor the most effective way to platform coach. Those of us who have been watching the sport over the years have noticed as the media coverage has become more extensive, there is more demonstrative behavior on the part of the participants. This is true of not just the athletes, but also the coaches as well. Some of the over-the-top cues may have come from coaches who were not the regular coach of the given athlete, but rather assistants who were attempting to justify their positions on the staff. There really isn’t much more that can be done in the heat of battle other than to provide a thoughtful cue at the proper time.

Hopefully this will be helpful to coaches who are in the process of developing their coaching approaches and styles. Always keep in mind that you are there to facilitate the performance and not to draw attention away from the lift. 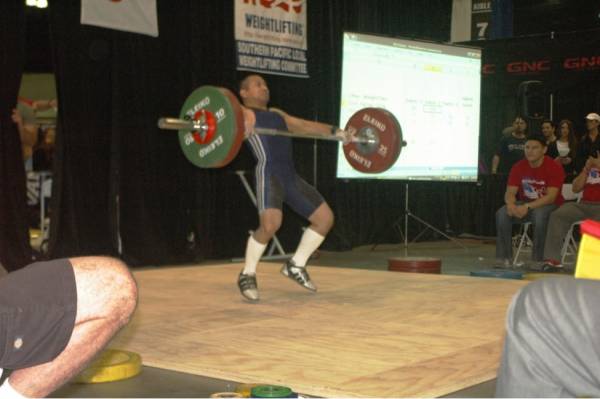 I’ve been coaching Nghiep Dinh for a long time and he is responsive to the simple cues I use in competition. This has helped him to repeatedly medal at the National Championships and to win the recent American Record makers.