What All Athletes Can Learn From the Life of B.K.S. Iyengar

I’m getting to know Iyengar through his writings and video footage, and realizing his teachings are timeless for yogis and non-yogis alike.

B.K.S. Iyengar is credited with bringing the practice of hatha yoga to the Western World. Born Bellur Krishnamachar Sundararaja Iyengar on December 14, 1918, he passed away (or left his body, as they say it in India) on August 20, 2014. As someone who never studied directly with him, I’m getting to know him through his writings and video footage, and realizing his teachings are timeless and will live on ad infinitum.

The Early Life of BKS Iyengar

To be honest, until four months ago, I knew and cared little about the man because the classes I’d taken in the Iyengar style of yoga didn’t resonate with me. It was an interview with Iyengar himself, featured in the film Breath of the Gods, that sparked my curiosity and set me on a path to learn more about him.

What I found, to my surprise, was a man of humble beginnings. Born into poverty during an influenza outbreak in Karnataka, India and the eleventh of thirteen children, Iyengar would see three siblings and his father die of illness before he reached adulthood. He himself contracted malaria, typhoid, and tuberculosis on top of being malnourished, which left him in a state so frail that he would later recall it hurt to simply hold his head up.

Yoga found Iyengar at the age of sixteen, when he was sent to study with his brother-in-law, another notable yoga master, Tirumalai Krishnamacharya. Because of Iyengar’s sickly demeanor, his teacher took little interest in him at first. But through an unlikely course of events and Iyengar’s diligence, he was assisting, accompanying Krishnamacharya on yoga demonstrations, and found his first teaching post in less than a year’s time.

Pose modifications and yoga props, now widely used, originated with Iyengar and can be traced back to the physical limitations he had to overcome in his own practice. While Iyengar devised over fifty props, you’re likely only to encounter a handful at most yoga studios. According to one account, Iyengar reminisced that his neighbors and family thought he had gone mad witnessing him practicing for hours often using heaving cobblestones to force his legs into baddha konasana(bound angle pose) and lying over a steam roller to improve his urdhva dhanurasana (upward-facing bow pose).

The Teachings of Iyengar 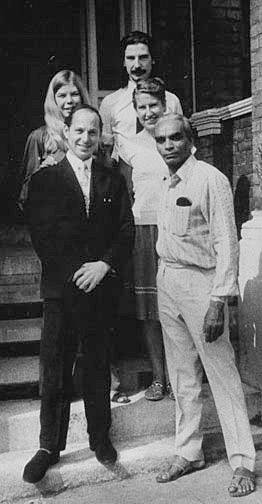 Perhaps it’s my incessant tendency to champion the underdog, but discovering Iyengar’s devotion to overcome any obstacle in his yogic path, hooked me for good. I combed my bookshelves and dusted off my copies of his first two books, which I confess up until then I had only skimmed at best, Light on Yoga and Light on Pranayama (published in 1966 and 1985 respectively), and downloaded the electronic version of his latest and last book Light on Life (published in 2006).

These books have been my daily companions ever since, a source of strength and inspiration to me as a yoga practitioner and teacher. It’s fascinating to see the evolution of consciousness spanning these works. The first focused primarily on the physical aspect of asana (yoga poses), the second was more subtle and focused on yogic breathing, and the last book brought it all together and offered tremendous spiritual depth and wisdom.

In the current climate of yoga’s popularity in the West, it’s hard to imagine a time when being a yogi meant being an outcast. But seventy-plus years ago in the 1930s, when Iyengar set out on the path, that’s exactly how it was. He’s quoted as saying that he would have met more respect had he chosen to be a beggar on the street. But due to the benefits he had received from the practice of yoga and his burning desire to share it, he was undeterred in his calling. Not to mention it wasn’t the highest paying profession, leaving him at times to sustain himself on only one plate of rice and tap water over a three day span.

But with persistence and the encouragement of his wife, Ramamani, whom he married in 1943, word of his teaching began to spread. The tides turned when an American-born violinist and conductor, Yehudi Menuhin, began taking classes from Iyengar. In a short time, Menuhin realized practicing yoga was making him a better violinist, so he began recommending Iyengar’s classes to other musicians and noteworthy professionals.

By the early 1970s, Iyengar’s influence had spread and he established an institute in Pune, India that became the nucleus of hundreds of Iyengar centers around the world. Celebrity students like Annette Bening and Ali MacGraw helped his growing popularity in the West, which lead to numerous visits to the United States during his lifetime.

The Legacy of BKS Iyengar

Iyengar’s survivors include a son, Prashant; five daughters, Geeta, Vinita, Suchita, Sunita and Savitha; five grandchildren; and three great-grandchildren. The latest Oxford English Dictionary added the word Iyengar to its lexicon. Currently, Iyengar is the most widely practiced form of yoga in the world, with schools in 72 countries.

As of 2013, Iyengar was still practicing two to three hours every morning and could hold a headstand for thirty minutes. As far as what’s on record, this is the longest a yoga guru has sustained their practice in such an active way. Perhaps Iyengar’s words about his practice in a 2013 interview helped explain the longevity, “I don’t stretch my body as if it is an object. I do yoga from the self towards the body, not the other way around.” A bit of advice many western yogis could learn from these days.

At a time when popularity is placing the principles of yoga at risk, the teachings of B.K.S. Iyengar are more relevant than ever. I encourage anyone reading this to develop a relationship with this true yoga master through his writings. Even if you don’t practice yoga, a life such as this can only inspire you to walk with courage on your own path.

In his own words from Light on Life:

I literally emerged from darkness to light, from mortal sickness to health, from crude ignorance to immersion in the ocean of knowledge by one means alone, namely by zealous persistence in the art and science of yoga practice (sadhana). What held good for me will hold good for you….It is my profound hope that my end can be your beginning.