What exactly is yoga? I will attempt to define yoga, but it’s not an easy feat. Yoga actually means to yoke or to unite, but it’s much more. At first glance, yoga could appear to be a glorified stretching exercise for the flexible. Often I will invite beginners to my yoga class to which their response is generally, “I’m not flexible.” I usually dispel this myth by promising that we will not start off class by standing on our heads. It’s a practice and sometimes a slow progression.

Yoga is said to be as old as civilization, but there’s no physical evidence to prove it. Archeological stone seals have been found depicting people in yoga poses dated back to 3000 BC. However, some scholars believe yoga dates back to Stone Age shamanism. Yoga was first introduced into the West during the 19th century as part of Eastern studies, including health and vegetarianism during the 1930s. By the 1960s there were many yoga teachers from India expanding on the practice. Yoga was traditionally only practiced by men, but today, women have become the majority gender in yoga. There have been many influential yogis along the way to cultivate the practice we all know as yoga.

The yoga we know today here in the West is different in that we focus more on the physical aspects – poses, or asanas – of yoga for exercise. Yoga actually began as a practice in stilling the mind. This is a practice of calming your thoughts, being in complete stillness, and training your “monkey mind.” Monkey mind refers to when your mind is going a million miles a minute, bouncing from thought to thought. To many, the meditation practice seems quite impossible. That’s why most yoga teachers will reiterate that yoga is a practice and a lifestyle, not a journey.

Yoga practice will differ by teacher as well as location. Many gyms will offer yoga classes, but the classes tend to be more focused on the physical aspects of yoga. Traditional yoga classes are more often found in yoga studios and come in all different styles. Some of the most popular are Vinyasa, Hatha, Ashtanga, Iyengar, Bikram, and Kundalini. If you find yourself in a yoga class that you do not enjoy, don’t give up just then. There are many different types of yoga to choose from and finding the right one for you can take some time.

Choosing your yoga style begins with trying out a few yoga classes. Similar to shopping, you’re going to try on a few different ones for size and see what fits best. Here are a few tips to get started: 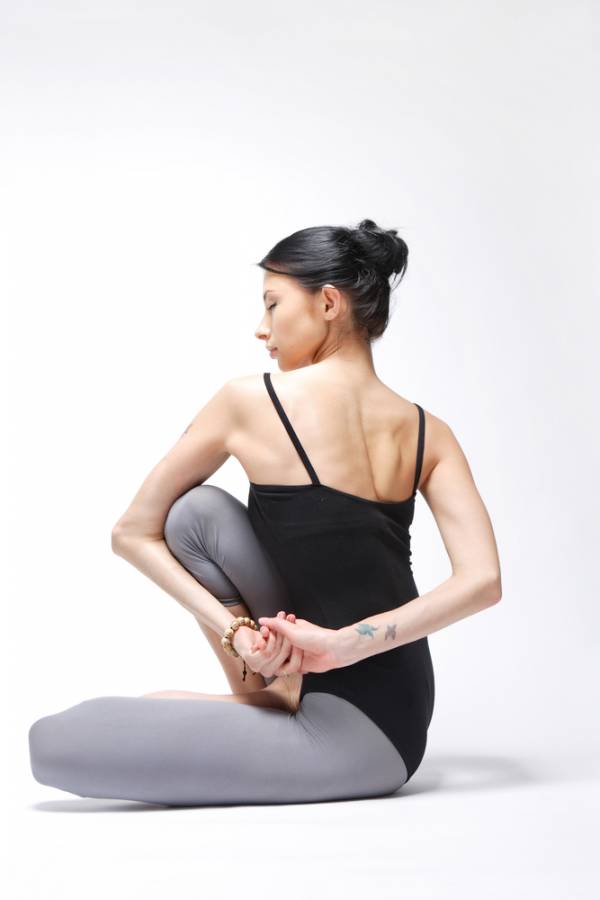 Find out where your local yoga studios are and take a beginner class. Often yoga studios will call classes “open level,” meaning that all levels are welcome. Many yoga studios will offer you first class free. If you belong to a gym, find out if yoga classes are offered and if the class is beginner friendly. Beginner, gentle, or restorative yoga will generally be a good starting point.

Now it’s time for what I call the “Yoga Buffet.” You’ll know what style you like once you’ve been able to try out a few different ones. When I was living in NYC and going to yoga school, I went to as many different yoga studios as possible to refine my practice and teaching. I believe that having the experience of many, gives me the opportunity to make a better decision.

Here are some common types of yoga with my commentaries:

These are just a few of the most common types of yoga, but there are many more out there available. There are also yoga classes for specific populations, including prenatal yoga, yoga for cancer survivors, restorative yoga, gentle yoga, and many more. Look for the yoga class that works best for you.

Yoga is ultimately for the mind, body and soul. All of these elements are important for your personal yoga practice. Bottom line is: get your “asana” to yoga and practice. Yoga is meant to be a lifestyle and way of life, not just an exercise class at the gym. If you’re new to the practice, take baby steps and do what feels good for you. Not every style, practice or path is right for everyone. Yoga is an individualized journey connecting, uniting, and yoking the body, mind and soul.

Mahala was exposed to yoga in the early years through her mother. She began her own journey as a yoga instructor with the 200-hour teacher training at Three Sisters Yoga in New York City working with her teacher, Jen Whinnen, and mentor, Krissy Shields, from Sonic Yoga. In 2012, Mahala attended the Iowa City Yoga Festival and was introduced to yoga teacher and mentor, Sadie Nardini, who nicknamed Mahala as the “Pixie Queen.” Mahala is currently taking Sadie’s Online Rockstar Teacher Training and practices regularly with Mary Miller at Everybody’s Yoga.

After all this NYC yoga adventure, Mahala moved to Quincy, Illinois to take a job and be near family. She quickly became known in the small community and made several appearances on the local television station, KHQA. In Quincy, Mahala began Yoga in the Park and Cancer Survivor Yoga, in addition to teaching at many different local facilities.

Mahala is a former cheerleader, with a wide dance background, and martial artist. Her yoga classes are light-hearted, spiritual, challenging, yet beginner-friendly. Mahala aspires to help heal others after her battle with breast cancer in 2011. She’s a strong believer in being a student for life and has future educational plans in the healing arts.