What Isometric Training Says About Your Back Squat 1RM

A new study suggests isometric training may have real value for your back squat.

“The use of the isometric squat as a measure of strength and explosiveness.” What does this mean? Can you apply it to your own training? Can’t we simplify all this science mumbo-jumbo?

I hear you. Many times scholarly studies and terms are frustrating. You’re seeking reasonable training advice without complication. What can you do to apply the science to your personal training program?

I’ll break down this study, recently published in the Journal of Strength and Conditioning Research, so you can apply it without being confounded. It’s about the potential value of isometric training when it comes to your back squat.

The isometric squat has previously been used to determine changes in kinetic variables resulting from training. That stated, some questions still remain relative to the practical application of squatting to dynamic, multi-joint work. Knowing that, the purpose of this study was to examine the relationship between isometric back squat kinetic variables and isoinertial strength measures.

It was hypothesized the isometric back squat would correlate to measures of strength and explosive outputs between dynamic and isometric measures at specific joint angles. And that isometric maximum strength would strongly correlate to 1RM results when compared to explosive measures. 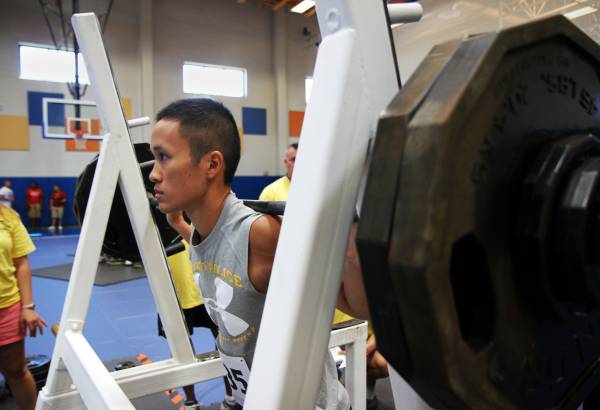 Here’s how the study was set up:

The subjects used in this study were seventeen college-aged men with the ability to back squat an amount greater than 1.3 times their body weight. Their average 1RM was 326lbs (148.2kg).

Each subject was pre-tested on a 1RM squat, 1RM partial squat, and isometric squat at ninety and 120 degrees of knee flexion. They performed back squats two days per week for twelve weeks with a minimum recovery time of 48 hours between sessions.

Before the test, the subjects were instructed to retain a constant pressure against the barbell. Measurements were taken using Labview software. The subjects were instructed to push as hard and as fast possible on two maximal efforts separated by three minutes of rest between each. On each effort the tester said, “Push,” and the participants then exerted maximally into the floor. When peak force was reached the tester said, “Stop,” to end the test. 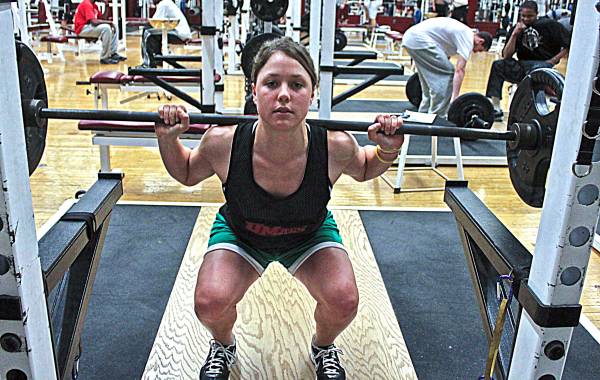 A strong correlation was indicated between the following tests:

In conclusion, the researchers felt this study demonstrated that performing an isometric squat at ninety and 120 degrees could accurately test improvements in dynamic strength and explosiveness.

What This Study Means to Your Training

Including isometric exercises to your current training program can be of value. Isometric overloading techniques can add to productive training sessions and offer variety to your training to program to keep you progressing.

Without the mumbo-jumbo? Adding isometric exercises to your strength training plan might be a good idea.

Photo 1 by By Sgt. Spencer Rhodes via Wikimedia Commons.